A Child Does Not Need to Be the Best. He Needs to Be Happy 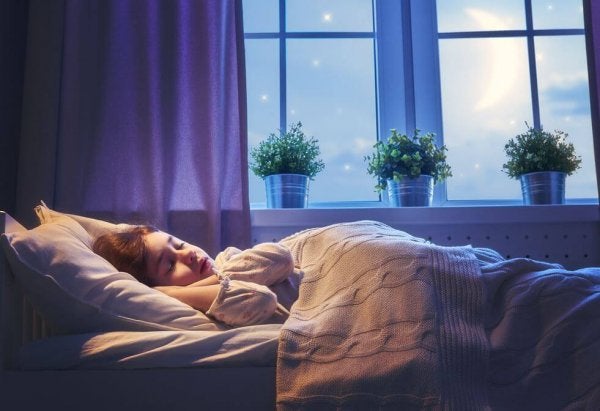 Adrian is a child of the 21st century. He has two parents who work a lot, in his words they work an “innumerable amount of hours each day,” to pay for the house they live in, the cars they drive and the few days of vacation they take each year. He also says that he wouldn’t mind having a smaller room, or a car that was a little slower and didn’t have leather seats, a future that was less secure in exchange for a little more time with his parents.

But, not with the parents he has now –tired, stressed, worried and inaccessible- but rather, with his parents as they were before – attentive, available, smiling, affectionate and consistent. He misses them, but he has no idea how to tell them. Adrian has even observed that adults, not just his parents, no longer express how they feel. He suspects that there is a connection between the emotional world and words, but no one has taught him how that works exactly. These are all suspicions that make him feel insecure.

“Childhood never lasts. But the whole world deserves one.”

Adrian is a Worried Child

Adrian is also a child that does not play, or rather, he does not play just to play, with the purpose of having fun for a little while. Since his sister was born his parents consider him old enough to delegate responsibilities to him, even though his is too small for the type of worries this causes. The only thing this promotes in him is more insecurity, but he doesn’t know how to express that to them.

Furthermore, the small protagonist in this article does not have a free hour in the day, the question of what he would like or not like to do is restricted to the weekends when he is lucky and his mother is working. Those are the weekends he spends with his grandparents. In two days, they try to compensate for all the freedom his parents restrict him from all week. Although he hasn’t said anything, they have the wisdom gained by experience and can sense how he feels, yet these abrupt changes also confuse him.

During the week, the mornings and afternoons are filled with color. In fact, this year some colors had to be used more than once for different activities because in his box of crayons there were not enough colors for each activity. So that the color used for English class is the same color used for English tutoring, and the same for music and music school, for physical education and football practice. This year he has even had to use yellow, which he likes even less than kicking a ball, for Chinese classes.

“One of the happiest things that can happen to you in life is, I think, to have a happy childhood.”

Adrian is a Child who has been Silenced

However, Adrian loves to read. He remembers fondly the stories his father used to tell him as a small child. Some he would read, others he would make up. Adrian especially liked the ones he made up because his father knew him so well that he knew exactly what his daring son would like and they would end up escaping out the window, and with that complicity fresh in mind, that is now lost, he would fall asleep with a smile on his face.

It was a special night when his father would add something new. Thus, the next day, Adrian would do something in secret that we can now reveal, he would write them down on paper because he wanted to share them with his best friend. It was his way, among others, of trying to compensate for the sadness he saw in his friends eyes for never having known his own father. He also had another motive, one of his neighbors had Alzheimers and Adrian had witnessed the memory loss.

He did not want to forget the stories that he now embraced, while he could sense his childhood moving on little by little, and unlike that adventurous child who would escape out the window, it would never return.

Adrian knows more languages than most children his age, he is good at playing the piano, he can dominate equations while his friends are still arguing over what a negative number is and he knows how to care for all of his young sisters basic needs. Adrian is also a very sad child, and is conscious of that fact because one day he was happy, extremely happy. A happiness that his parents have sacrificed for a future that nobody can be sure will ever come. Is it really worth it?

We don't talk much about disgust although it's one of the basic emotions. When we want to eat something but…

Personal Development
Are You Aware of How You Nourish Your Mind?

What would you answer to anyone who asks you how you nourish your mind? Perhaps you'd talk about your conscious…

Wellness
I Will Give You Wings

If you've ever loved someone, you know that there are times in which you must let go, to give that person wings and let them fly where they want to go.…

Emotional infidelity can actually be more harmful than a more traditional, physical type of infidelity, even though it doesn't consist of sexual encounters with another person. People often believe that infidelity…

Wellness
Sisters Are United by the Heart

For sisters, time and distance don't matter. Those faces that share the same mannerisms and laughs will always look at each other with understanding,…