Emotional Connections, a Place to Meet

Emotional connections are the most pleasant part of the human relational world. Love, intimacy, friendship, and any other thread that unites two people at a deep level are possible thanks to them. Would you like to learn more about them? 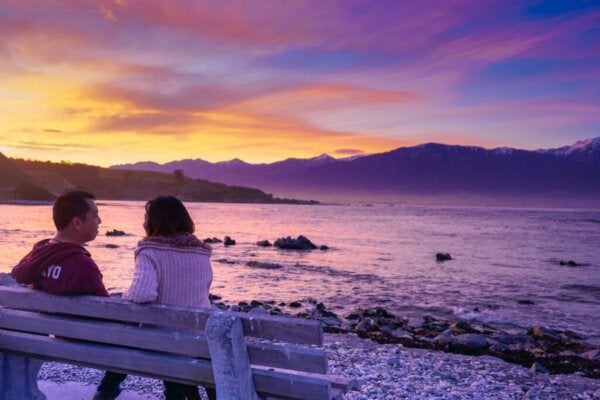 Humans like being autonomous but also need emotional connections. Even the most independent ones depend largely on others and most societies are organized. For instance, most people trust doctors to cure their illnesses and mechanics to repair their cars.

People don’t even know how to spend time learning and believe that their government will put resources and tools within their reach in order to solve their problems. However, the pact is somewhat different in the emotional connections.

This is because humans pay others with the same material they receive. It has to be that way. Otherwise, the connection breaks or simply doesn’t happen. Also, the most amazing part is that humans play the game of reciprocity rather skillfully from an early age.

For example, a big brother and a little brother watching TV. The little one isn’t old enough to understand what’s happening but is there with his brother and even joins them in their laughter and expressions of wonder. Somehow, genuinely and magically, most people are born preprogrammed, waiting for the right conditions to set it into motion. It could be a few drawings, a bike ride, or a nice meal.

“The key to success is to keep growing in all areas of life – mental, emotional, spiritual, as well as physical.”

The emotional connection is what gives a practical sense of empathy. It’s the playing field where the ability to put yourself in another’s shoes pays off. This coincidence of frequencies in the emission allows humans to comfort a loss in a unique and individual way, even under well-known patterns. On this playing field, the other becomes a particular individual you adapt to, just as they adapt to you.

It’s about that space where the most intimate and profound emotional exchange takes place. That is, the exact place where many couples either reflect upon or try to destroy each other. It’s far away from where the emotional connection, contempt, remoteness, destructive criticism, or indifference appear. Outside this bubble, routine becomes tedious and habits boring instead of generating security. This is because there’s a feeling of suffocation and emptiness.

In contrast, emotional connections are an antidote to hatred and an obstacle to selfishness. They’re like the kryptonite that disables them. Thus, misunderstandings or anger find space for encounter in this connection. Even the difference becomes a precious commodity to learn and build upon.

However, there’s currently a serious state of lack. For example, many people look for love partners as if they were choosing a movie: they look at the cover and the summary of the plot.

Everyone has access to many people on their phone and have the option to “go human shopping” as they listen to the conversations of relatives or roommates. A meeting can be the beginning of this connection even in this way, but you can also save yourself the trouble of having to maintain it. It’s because you know there are many options in the window.

Strategies to generate and nurture our emotional connections

These ideas that can help you with this:

Taking care of precious goods, whether coveted or fragile, is no easy task. Due to their nature, emotional connections follow the same norm. The good news is that you have the power to get to know people instead of selecting from those profiles you like while discarding the ones you don’t. Simplifying, in this case, is the opposite of enriching.

Relationship Addicts: Slaves to Emotional Attachment
Lovesickness is real, and its victims number in the thousands. There are relationship addicts who push aside their dignity every day. Read more »
Link copied!
Interesting Articles
Emotions
Adults Also Have Tantrums

Who hasn't experienced shame after expressing an opinion and guilt after something they did and pride after an achievement? Any…