Three Ideas on How to Overcome Impatience

You must overcome impatience, as it's rather useless. It wears you down, hurts you, and often makes you make mistakes. 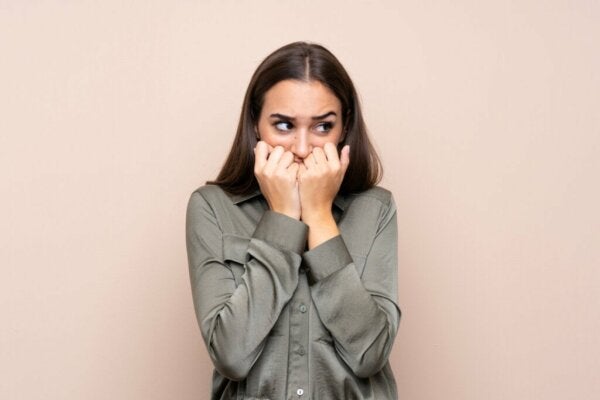 You must learn to overcome impatience, as it’s a dangerous state that borders on anxiety. It’s no secret that people grow more impatient as time goes by. Everything happens faster in modern life and, thus, people are becoming increasingly intolerant about having to wait for anything.

This is really unfortunate because it takes time to build anything that’s truly valuable and meaningful. As a rule, quick results are also more ephemeral and the clock can’t advance in the face of realities that demand their own process. Under those conditions, impatience becomes self-destructive.

Ultimately, impatience is a lack of emotional synchronization with the rhythm of reality. It isn’t a problem of reality not moving fast enough but a consequence of lack of adaptation. But then, how do you experience that incisive feeling of not being able to wait any longer? Here are three keys to achieving it!

“Patience is the art of concealing your impatience.”

How to overcome impatience

People rarely stop to analyze what’s really behind their impatience. In principle, it may simply be a reality that’s at a different speed than what they’re used to. Thus, when this rhythm slows down, they notice the difference and feel uncomfortable. The good news is that they’ll most likely assimilate it shortly after if this is the only reason.

However, there’s often something else behind impatience. Do you need something to happen or not happen? It may be that you’re not properly dealing with the present. Thus, you feel like running away and this manifests as impatience.

The problem isn’t about what doesn’t end or doesn’t begin in most cases but in the difficulty to adapt to a present that’s not pleasant. However, the present is here and now. Thus, you should reflect on how to find a place within that reality.

It isn’t clear what the desire behind impatience is at times. It may simply be the desire to get out of a situation that implies pain or discomfort. Nobody wants to stay in these states for very long, and become impatient when nothing changes.

However, not wanting your reality doesn’t mean that resisting it or wishing it away are your ways out. The smart thing to do is work on changing that reality as much as you can at any given moment.

As you can see, it isn’t enough to hope that things will happen. It also isn’t enough to resist something for it to go away. Both are sterile efforts that require energy. There’ll always be some margin of action and you must cling to it in order to deal with impatience.

3. Meditation, an antidote to overcome impatience

The practice of meditation helps calm down the mind. When you reach such a state, it’s also easier to listen to what’s going on inside you and understand it better. Thus, it’s easier to know, for example, if you really want something to happen or stop happening. Perhaps you’d rather escape from that part of you that hasn’t found a way to deal with it.

Meditation isn’t about calmness. It’s a tool to gain control over your mental speed and boost your adaptation processes. In contrast, everything becomes more difficult when you allow yourself to be carried away by impatience. Actually, being impatient will only delay or block whatever you long for.

Like so many other virtues, patience isn’t included in the package you bring along to the world when you’re born. It’s a trait you must cultivate with a lot of practice. Difficult situations are the perfect terrain for boosting it.

In short, meditation exercises are useful, as well as remembering the uselessness of impatience.

Knowing How to Wait Takes Courage
Knowing how to wait is important. You must wait as long as you need to for the seeds to sprout and grow, and for the feelings to appear. Read more »

In some way, human beings will always be dependent on something or someone. That's just the way things are. Now,…

Adversity doesn't always make you more resilient. Resilience has become kind of a buzzword, to the point that our understanding…