How to Effectively Deal with Your Emotions 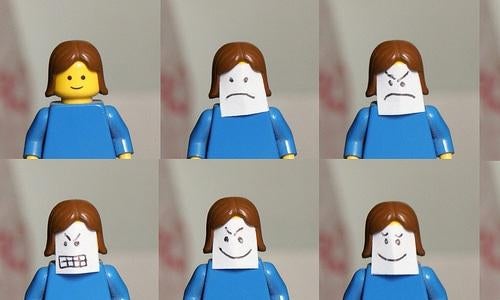 Emotions are the interaction between thoughts and physical sensations. Emotions cause fear in many people because they aren’t sure how to deal with them, and end up opting for alternative strategies instead, such as distracting themselves with other activities so as to not face the issue at hand.

Emotions are valuable and always offer something in return, but only if we are able to face them in an effective manner. Through them, we can learn so much about ourselves and our needs. They help us connect with others and achieve larger goals, such as learning how to handle stress. In exchange, we will always have healthy immune systems, we will not get sick as frequently, and we will maintain much healthier relationships.

How to identify your emotions

In order to identify your emotions, the first thing you must do is understand what you’re feeling, and choose between the four basic emotions: anger, sadness, happiness and anxiety.

If you are having thoughts about the future and about everything that could go wrong, along with physical sensations such as an increasing heart rate, tense muscles and a clenched jaw, you might want to ask yourself what you’re afraid of. It’s an emotion directly related to anxiety.

When you’re having negative thoughts about the past, and you have a general feeling of tiredness and exhaustion, with possibilities of crying and lack of concentration, you should probably ask yourself what you’ve lost. This is an emotion related to sadness.

When it comes to thoughts about yourself or when your values that are being attacked, along with physical sensations similar to those of anxiety, such as an increasing heart rate and tightness in the body, ask yourself how you and your values have been attacked. This is an emotion directly related to anger.

When your thoughts are focused on how far you’ve gotten, and you possess a sense of calm, and even experience feelings of joy and laughter, ask yourself what you’ve gained. It’s an emotion that’s directly related to happiness.

How to deal with your emotions

When you’ve recognized and understood all of your emotions, as well as those of others, you must take the following aspects into account, so as to better learn how to handle your emotions:

Depression is different and unique in each individual. But in all the darkness there's one common element. The symptoms of this…

Psychology
Psychology of Attraction: What Draws Us To Other People