There are many alternative treatments for depression, yet only a few of them are truly effective. Continue reading to discover them! 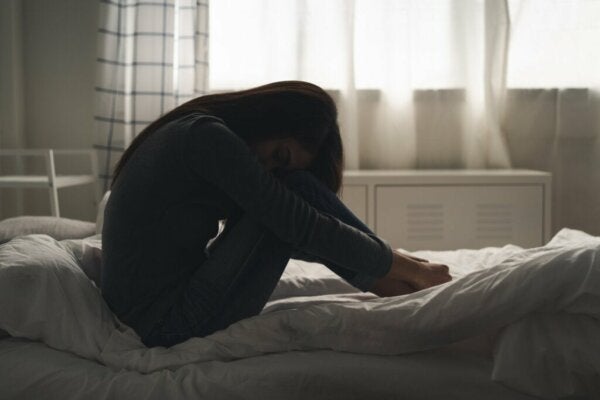 Depression is a serious mood disorder characterized by one or several episodes of deep sadness, anguish, unhappiness, and apathy, among other symptoms. Thus, a person must find effective treatments for depression right after they’re diagnosed.

There are various treatments for depression but only some of them are scientifically proven in controlled research studies and in comparison with other types of therapies. As you’re about to see, the most effective treatments are grouped into pharmacological, cognitive, and behavioral treatments.

In order to treat depression, it’s important to make a good diagnosis and have the help of a clinical psychologist. This is because it’s the only way to ensure the most appropriate method and, thus, provide a reliable prognosis. In addition, it’s a serious disorder so it’s necessary to attend to all of the patient’s needs. Mainly because an ineffective method could worsen some of their symptoms and, thus, recovery would be more difficult.

As we mentioned above, the most effective treatments are pharmacological and psychological. In turn, the latter could be divided into cognitive and behavioral. However, they’re both usually a part of a given procedure.

Each one of these groups has the goal of influencing the various causes of depression. On the one hand, the factors of more biological or endogenous character. On the other one, those related to depressive thoughts and behaviors.

This type of treatment is the subject of some controversy regarding its effectiveness. This is due either to its possible addictive nature or its side effects. However, it’s the most studied treatment in a systematic way and, moreover, the most used. For this reason that its role within the treatment of depression is fundamental. In addition, psychological therapies usually complement it.

Tricyclics (imipramine) and monoamine oxidase inhibitors (MAOIs) (phenelzine, depressant, tranylcypromine) are among the classic antidepressants. Both act indirectly by preventing the elimination of serotonin and noradrenaline. This is because it increases the availability of these neurotransmitters in the brain.

MAO inhibitors (venlafaxine or moclobemide, among others) and SSRIs (fluoxetine, paroxetine, sertraline, and citalopram) are among the new or second-generation. In fact, these seem to have a lower incidence of side effects. SSRIs work by preventing the reabsorption of serotonin. Also, they’re the most commonly prescribed antidepressants.

Note that data suggests that pharmacological treatments are only effective in 30-50% of patients. In this regard, they work better combined with psychological cognitive-behavioral treatment.

The most effective psychological treatments for depression are behavioral and cognitive ones, especially when combined. This type of intervention has a demonstrated palliative capacity in depressive symptoms. Moreover, on some occasions, it’s been even more effective than pharmacological treatments on an individual basis.

Similarly, cognitive techniques help patients reorganize their thoughts by identifying irrational ideas and restructuring them. Also, behavioral techniques focus on the patient’s behavior and aim to check the validity of their thoughts. Thus, after refuting them, some tasks provide new reinforcing activities in their environment.

Some of the most used techniques for depression

The importance of effective treatments against depression

Optimal treatment is essential when you or someone close to you suffers from depression. To do this, you must discover what type of therapy has the best evidence of recovery and effectiveness. However, in addition to making a good choice, it’s important that the patient commits to and adheres to the treatment. This is because there could be a major relapse if they abandon it.

Thus, always consult a professional in psychiatry and psychology and don’t try to self-diagnose via non-technical media. As you can see, effective treatments for depression can help a lot, but seeking in the wrong places can harm you by making you lose valuable time by failing to implement a truly useful intervention.

Vagus Nerve Stimulation Reduces Depression Symptoms
Vagus nerve stimulation is improving the quality of life of patients with treatment-resistant depression who don't respond either to drugs or therapy. Read more »

New technologies are resulting in changes at every level of society. These include not only social changes but also cultural…