Why Do People Believe in Pseudosciences? 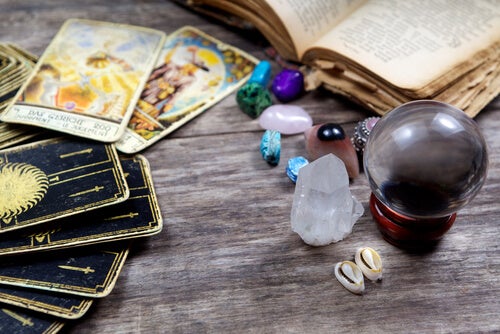 It’s funny how some people, even with all kinds of education and easy access to information, are powerfully attracted to pseudosciences. Homeopathy, reiki, and astrology find an audience in people hoping to find answers to their questions in areas that have nothing to do with science or truth.

Psychologists, scientists and sociologists are still wondering why people believe in things that can’t be proven. Science writer and historian Michael Shermer comments on it in his book Why People Believe Weird Things: Pseudoscience, Superstition, and Other Confusions of Our Time.

He says some reasons are a lack of critical thinking, less reading and more television, a fear of science, and a person’s education. But it seems that there is another even more surprising reason: people believe in false sciences because they it feels good. They like it; it’s comforting.

It’s clear that when something attracts us, it’s because there is a positive base reinforcement. And the gurus who devote themselves to disseminating theories without any scientific evidence know this very well.

The comfort in pseudosciences

It turns out that people feel very comforted by pseudosciences because, for example, they’re easy to put into practice. When someone begins psychological therapy, they inevitably will have to practice certain scientifically-based strategies. They may not be pleasant at all, but they’ll eventually fix their disorder.

But pseudosciences won’t make you frustrated or expose you to fear. So then what happens? The person is hooked simply because they feel very comfortable being understood without having to leave their comfort zone. They don’t have to do the work involved in therapy or deal with side effects of medication.

It’s no cure, but being in contact with pseudoscience acts as negative reinforcement, since it does away with discomfort, effort or sacrifice. Then, the client or patient thinks that this is the only thing that has really helped.

People end up believing that they haven’t been able to fix their disorder or illness because it was simply not possible in their case. However, the real reason was that they didn’t give real professionals a chance — probably out of fear.

Pseudosciences help alleviate cognitive dissonance: the contradiction that sometimes exists between what we think and what we really do. It’s much easier to think “there is no solution” than to expose oneself to the momentary suffering therapy sometimes involves. What people seek is to confirm their beliefs, even if they have no foundation.

But pseudosciences are not only easy and comfortable for the patient. Practitioners of many of them don’t have to put in much effort to become a “professional“. They don’t need a degree or years of study: all they need is someone to teach them. They end up attributing to themselves a kind of authority that makes them feel important. Then, they believe their pseudosciences even more firmly.

The belief in pseudosciences seems to be related to more than just cognitive dissonance or comfort. Desperate people who see no way out, no cure for their illness, seek alternative solutions.

When a person has nothing to lose, it becomes a do or die situation. They move forward hardly caring about the consequences. The problem is that most of the time, the consequences are that the patient gets worse. Pseudosciences create iatrogenesis — and economic ruin. Need is a double-edged sword, and in these cases the saying fits perfectly.

What false sciences look for is an insecure audience, immersed in despair and so deep down in the hole that they’ll believe anything.

Perhaps if people learned to accept the setbacks life sometimes throws at us, everything would be much simpler. The reality is that science is the only thing capable of solving our problems. This goes for both psychological and physical problems.

The problem does not lie in ignorance, but rather in a lack of information. Therefore, getting informed by reviewing scientific studies before making any decision, or consulting with a professional — a scientist — is what we have to do if we want to avoid the clutches of charlatans.

Let’s try to practice rational thinking and trust empirical evidence. Professionals are working every day to find solutions, truth, causality… Everything outside of that is pure fantasy.

What Does Science Say About Intelligence?
In trying to define intelligence, there's some consensus around the idea that people are intelligent because they're good at solving problems. Read more »
Link copied!
Interesting Articles
Culture
The Three Marks of Existence according to Buddhism

The three marks of existence refer to the three characteristics that are intrinsic to human life. Originally, they were called Tri-Lasana, although…

The important lessons from wise men are often told in stories or anecdotes. Sometimes, they're repeated as truths about different aspects…