Dreams Originate in the "Hot Zone" in Your Brain

The discovery of "the hot zone" in the brain is fascinating. It seems to suggest that our consciousness isn't in the frontal and parietal lobes as scientists previously thought, but rather in the posterior cortical zone. 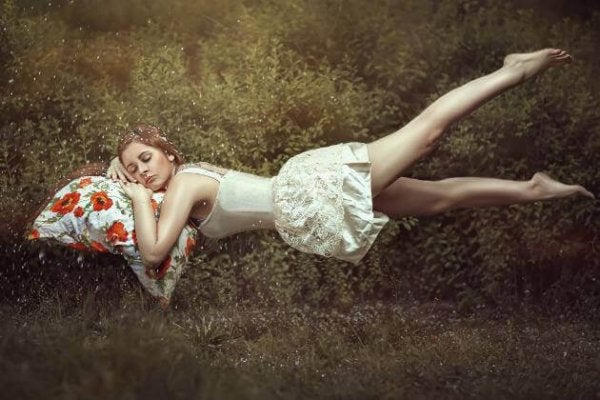 New research and new discoveries in sleep science are always fascinating. For many people, dreams are an important source of personal discovery. A research team of neuroscientists from the United States, Italy, and Switzerland have discovered what they call the “hot zone” of the brain that turns on when we dream.

The “hot zone” is a region of the brain that seems to “turn on” when we’re dreaming. Scientists also discovered that we don’t only dream when we’re in the REM (rapid eye movement) sleep stage. This could help us understand something about the content of our dreams. These curious discoveries can lead us to better understand human consciousness.

The research team monitored electrical activity in the brains of 32 test subjects in their sleep lab. They studied them over the course of five to ten nights. They frequently woke the subjects up to ask them about their sleep and if they had dreamed or not. Researchers asked the study participants if they remembered parts of their dreams or if they didn’t remember anything at all.

The difference between this study and past sleep studies is the number of electrodes used. This time, the researchers used a cap with 256 electrodes. This gave them a much more complete picture.

The team discovered that a particular part of the brain, “the hot zone”, had heightened electrical activity when the subjects were dreaming. The “hot zone” is located in the parieto-occipital sulcus of the brain. Everything seems to indicate that this could be the neural correlates of dreaming.

When this area of the brain is stimulated during wakefulness, it could “induce a feeling of being in a parallel world or in a dream-like state”. This is a fascinating discovery. What this finding also suggests is that consciousness is located in a posterior region of the brain. Up until now, scientists believed that it was in the frontal and parietal lobes.

Opinions about the “hot zone”

Some people believe that this might be able to tell us about the content of our dreams. However, not everyone is convinced. A psychiatry professor at Harvard Medical School, Dr. Stickgold, doesn’t believe that this particular study will help us be able to detect dreams.

Dr. Stickgold believes that the dreams we remember and the dreams we forget probably have a different electronic “signature”. However, Dr. Stickgold agrees with everyone else that the most interesting thing about this research is the possibility of understanding one of the greatest mysteries of the human race: the nature and origin of consciousness.

The idea that different parts of the brain act differently when we’re dreaming has been studied for over a decade. It’s the shared view of many researchers. They suspected that it was true, but they didn’t have enough empirical evidence to prove it.

“The power of this technique is they can hone in on this idea of whether local areas or specific brain regions are responsible for certain activities, rather than all the brain being at the depth of sleep.”

Scientists are considering doing this type of “hot zone” stimulation in patients who are in a coma or have epileptic attacks.

Or maybe we’ll discover where and how we connect to the Consciousness with a capital “C”. It depends on who you are and how you want to interpret it. However you look at it, this is an exciting topic that we’re getting closer and closer to understanding.

“These regions seem to offer a multi-sensory integration which is well-suited to support the virtual simulation of a world, characterising dreams.”

Why Do We Remember Some Dreams but Not Others?
Have you ever wondered why you remember some dreams but not others? Many of us want to remember more of our dreams. Is it possible? Read more »
Link copied!
Interesting Articles
Psychology
Getting up in the Morning is the Hardest Part of the Day if You Have Depression

Depression is different and unique in each individual. But in all the darkness there's one common element. The symptoms of this…

Psychology
Lack of Passion in a Relationship

Lack of passion is one of the problems that causes the most dissatisfaction in relationships. Finding someone to be with can be…

Anxiety turns daily situations into a true challenge. Being aware of its presence is one of the first steps towards minimizing…