When You Don't Feel Anything During Depression 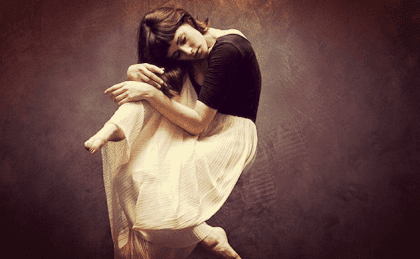 Everybody has dealt with depression at some point or another. Some people experience a mixture of sadness and anger combined with dejection. On the other hand, others feel a void and a total absence of emotions. Depression is like having lead in your body and fog in your mind. During depression, it’s as if reality is blurred and we’re suspended, hanging in absolute nothingness.

Phillip Lopate, a well known North American essayist and writer, described this sensation in his overwhelming poem titled Numbness. This poem attempts to draw this sensation–the experience of a complete emotional void. In his poem, Lopate describes depression as walking through a field of ice. Depression leaves you feeling completely indifferent with a freezing cold heart. Lopate leaves us with the vision of an anorexic illusion in which we’re displaced from the rest of the world.

Something that we must understand about depression is that few diseases are quite as complex and multifaceted. Some people with this disease show obvious symptoms, while others carry invisible symptoms for months or even years. It affects sleep, concentration, memory, movement, and even how we interact with language.

Now, we don’t frequently talk about clinical depression. We don’t always discuss that a patient can feel absolutely nothing. Instead of emotions, the patient feels a wall that has completely disconnected them from the rest of the world and even from themselves.

What should you do when you don’t feel anything during depression?

One reason you don’t feel anything during depression is that you previously dealt with a situation that was so emotionally and excessively intense that you didn’t know how to deal with it. The clinical literature names this an “emotional hangover”. An emotional hangover results from going through something that completely takes control of our emotions. In addition, after depression, we may be left with other conditions such as anxiety disorders or unresolved traumas.

While we’re talking about depression, we have to mention one of the preconceived notions that many people have about it. People continue to associate this illness with sadness. However, many patients deal with layers of emotions. Depression isn’t only sadness. It includes pessimism, anger, and dejection. It gives us a sense of instability and an emotional neutrality that can give us physical symptoms such as migraines, muscle aches, and digestive problems.

Patients that fit into this profile may also suffer from hypersomnia, sleeping between 10 and 15 hours each day. Also, they claim to feel as if they’re unable to smile or cry. It’s as if their body and mind not only forgot how to perform these actions but as if they completely forgot the meaning of these emotional gestures. Next, we’ll talk about these devastating symptoms and their explanations.

Many of us have been taught since childhood to hide or camouflage what hurts, bothers, or worries us. This is one reason why you might not feel anything during depression. This is very common when dealing with a complex family situation or a stressful work environment.

Those situations generate a high level of anxiety which can become chronic until the sufferer drifts into depression. We can become accustomed to this feeling for months or years without even realizing it. We forget how to externalize our worries, fears, or regrets, and our brain begins to numb. A similar phenomenon makes up the classic mental fog in which we react slowly to our environment and our attention decreases, along with our concentration and memory.

If we read the Phillip Lopate’s poem describing the insensitivity of his depression quoted at the beginning, we’ll find something very revealing. In this part of the poem, Lopate talks about how his father called him “a cold fish” since hwas nine years old. Lopate began to perceive himself based off of his father’s criticism. Lopate’s father mocked him for his timid behavior and his appearance, and Lopate began to see himself in this negative way.

Something that we often see in patients with depression is how a complex past or unresolved trauma can cause this illness characterized by emotional insensitivity.

What therapeutic strategies should be used in these cases?

Our brain is an amazing organ. In addition to being wonderfully sophisticated, it’s so complex because it’s responsible for ensuring our evolutionary success. This complexity is why it’s so challenging to solve brain-related issues, such as depression.

We must first understand is that, no matter how many times others repeat that the brain is like a computer, it’s not true. We’re not machines. In fact, emotions govern the brain. Understanding their processes, how to handle them, and making them work in our favor is the only way out of the prison of depression.

Psychologists recommend starting sentences with the phrase “I feel“ when we’re not feeling anything during depression. It’s necessary to reveal the many layers of our emotions so we can get to the root of our problems. We have to explore whatever past trauma is haunting us so that we can heal and move forward. Cognitive-behavioral therapies can help us in this manner.

The moment we begin to let go of our anger, fears, and worries, we begin on our path to recovery.

The Paradox of Happiness: What is it and How does it Work?
We all want happiness, but can we define it? Few people can, or come up with a plan to achieve it. This is the paradox of happiness. Read more »
Link copied!
Interesting Articles
Wellness
The Effects Of Positive Thinking on Happiness

We always want more and more. We think that we'll be happy when we get a better job, when we…

Psychology
The Hawthorne Effect: We Change When People Watch Us

The Hawthorne Effect is what we call the change in people when they know they're being watched. People started to talk…

The different forms of child abuse seem almost imperceptible sometimes. They have even been accepted as a natural part of…