My Wounds from Your Abandonment 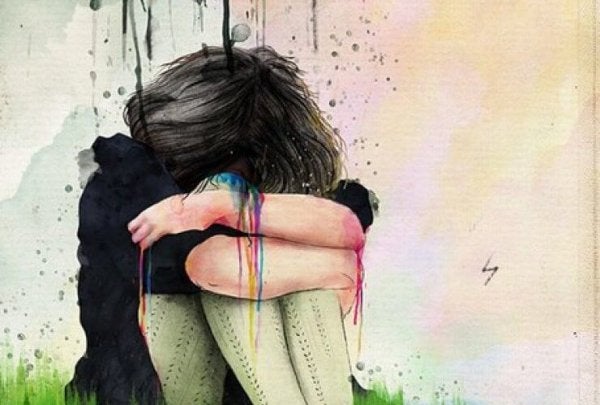 One of my earliest childhood memories is your image going out the door and never coming back. The sound of it slamming still makes me tremble and has marked me for life. You don’t know how deep my wounds are from your abandonment, Dad.

When your father leaves and doesn’t come back, when no one tells you what’s going on because they think you’re too little or are trying to protect you, it hurts you the most. This is because you are the one who paints reality using the only reasons you can find by reading between the lines.

Your abandonment has brought me guilt

You’ve lost your courage because you’ve been a bad daughter. That’s why he left. There’s no other reason, and no one has given you an option to think otherwise. You’re a child, and as such, the self-centeredness of child development leads you to think that everything is really under your control. Everything has a reason, and everything is related to you.

When you’re a child, you think that the bad things that happen to the characters in storybooks are nothing but the result of their own wrongdoing. That’s the moral. Thus, guilt is the emotion that best explains what you feel before the abandonment of a father. That’s why you feel bad, because you don’t know another way to understand the emotional void.

Emotional absence is a void that marks you and is impossible to hide. It’s a vacuum and you fear that it will happen again in the future. This void makes you believe that all men are the same as the one who left you and was supposed to take care of you.

This emotional vacuum of abandonment also makes you question your own value. Your self-esteem is damaged, and it feels difficult to love yourself. After all, after experiencing abandonment at such a young age, your own value is cemented by the others that want to be at your side.

And that’s the reason for your attachment. Your relationships are marked by fear and loneliness, which in turn makes you distant. You become emotionally inaccessible just by trying to protect yourself, so that your relationships follow a pattern:

Overcoming abandonment is a step beyond emotional maturity

To overcome abandonment is a step that, once surpassed, always leads to emotional maturity. It involves building yourself up again, building your self-esteem and your means of relating to others. Overcoming abandonment begins with loving and accepting yourself, even if you’ve been abandoned.

It implies accepting the pain of absence and understanding that some couples’ relationships are broken without a specific culprit, but that love fades and sometimes hurts.

This is the reason why it’s so difficult to give love to someone who has suffered abandonment.

It also often involves learning new ways of social and emotional interaction by acquiring social skills that allow you to be accessible without being dependent or pushing away those who can help you.

Finally, overcoming the negative feelings that can lead to a parental breakup prevents you from being doomed to repeat it. Understanding it as a natural and unnecessary process will make you feel free in your relationships. In turn, this memory won’t become a source of contaminating anxiety.

Our emotions are made up of the subjective reactions that each one of us expresses. These reactions vary depending on the perception of each person. Because everyone's personal experiences are…

We always want to have everything under control and, when it seems that finally we've got there, we end up…

Mindfulness is a tool to become aware of our movement, feelings and reactions. All these facets are crucial in life and the moments that make up our days. That's why…