Donepezil as a Treatment for Alzheimer's Disease

With the current incidence increase in the elderly population, Alzheimer's disease is now very much in the limelight. This article discusses one of the most popular drugs used to improve and preserve the quality of life for patients with Alzheimer's. 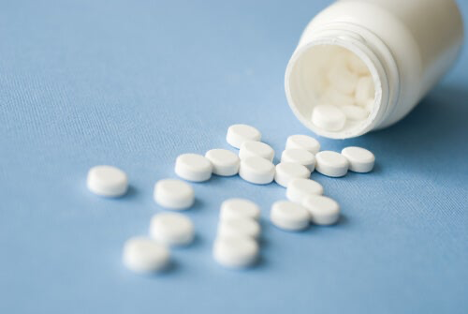 Donepezil is a drug for the treatment of Alzheimer’s disease. It was approved in Spain for this purpose in 1998. Donepezil is also marketed as Aricept or Yasnal. It doesn’t cure Alzheimer’s, which is a neurodegenerative and irreversible disease that has no cure. But donepezil helps treat the symptoms of this disease. Its goal is to improve the quality of life of patients with Alzheimer’s.

Donepezil as a treatment for Alzheimer’s disease

Acetylcholine affects memory and other cognitive functions. Experts discovered that Alzheimer’s disease decreases cholinergic energy by up to 95 percent. Thus, these acetylcholinesterase inhibitors are extremely useful, as they delay the onset of Alzheimer’s symptoms.

Alzheimer’s disease is a neurodegenerative condition. It’s a neurological disorder that causes the massive destruction of nerve cells in the brain. These cells are cholinergic neurons. The disease causes different brain regions to waste away.

This process of destruction is caused by the development of amyloid plaques. These plaques are deposits that form around cells in the brain. They’re made up of a protein called beta-amyloid. In the case of Alzheimer’s, this protein is defective, triggering neuronal death.

One of the first symptoms is memory loss. As the disease progresses, cognitive and behavioral functions deteriorate, leading to dementia and eventually death.

Donepezil as a treatment for Alzheimer’s disease

Donepezil is suitable for the symptomatic treatment of mild to moderately severe Alzheimer’s disease.

Treatment should always be prescribed and supervised by a medical professional. Donepezil is administered orally in a single daily dose. It should be given at night, before bed.

Initially, the daily dose is five mg a day for at least a month. Then after a clinical evaluation, the medical professional may consider an increase to 10 mg a day, also in a single dose. The greater the dose, the greater the therapeutic effects but also the greater the number and intensity of side effects.

Treatment with donepezil can be maintained as long as the therapeutic benefits continue. A clinical evaluation should be carried out periodically. If the results aren’t positive, the doctor may stop treatment.

According to some studies, donepezil it’s as effective as other acetylcholinesterase inhibitors. These include rivastigmine, galantamine, and, also, another inhibitor called memantine. which acts in a slightly different way. However, donepezil is the most widely prescribed.

Combined therapy with several of these drugs is also being studied for the treatment of dementia associated with Alzheimer’s. However, the risk of adverse effects increases if two acetylcholinesterase inhibitors are combined. But the combination of donepezil and memantine seems to give better results. More research is needed in this regard.

The most important side effects of donepezil are:

Occasionally, some of these side effects mean the treatment has to stop. This often happens with adverse gastrointestinal reactions like nausea and diarrhea.

Generally, the side effects depend upon the dosage. Patients tolerate donepezil well at doses of five mg daily but presents more problems with a 10 mg dose. It’s important to frequently assess its effectiveness and adjust the dosage for each individual patient accordingly.

Sensory Stimulation in People with Alzheimer’s
Alzheimer's is a neurodegenerative disease and there's no cure for it. But there interventions that can delay its progression such as sensory stimulation. Read more »
Link copied!
Interesting Articles
Therapies
Body Dysmorphic Disorder: Causes and Treatment

Therapies
Deep Sleep Therapy: What Is It? Why Isn't It Used Anymore?

The term "nidotherapy" refers to a modern therapeutic method. Its main objective is to modify the environment of those suffering…