Acetylcholine: The Neurotransmitter With Many Functions 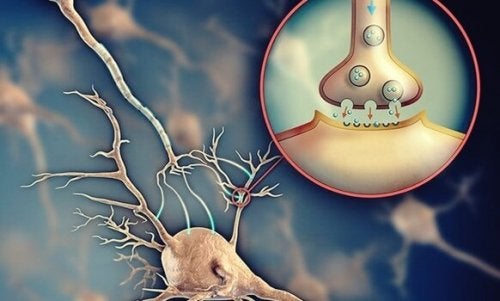 Acetylcholine is the most abundant neurotransmitter in the nervous system. This chemical that your brain produces mainly from sugar and choline is the essential messenger that helps neurons communicate. Thanks to it, you’re able to regulate attention and memory, learn new information, and enjoy good mental health.

It’s known that there are specific cells in your body that react exclusively with acetylcholine. So much so that the basal forebrain and hippocampus need this neurotransmitter, in particular, to be able to do their tasks.

This means that it also elevates the intensity of the signals between neurons through theta waves. In addition, it optimizes memory and favors neuroplasticity and communication. Let’s delve deeper into this neurotransmitter.

The functions of acetylcholine

Most people don’t know anything about acetylcholine except that it helps with memory and concentration. Therefore, it’s one of the most common components of nootropics, those supplements that are used to improve cognitive functions. Even beyond that area, we know that it’s essential since it has a lot of functions.

However, you need to keep in mind that it has multiple fields of action in the body. It’s found both in the central and peripheral nervous systems and also has both excitatory and inhibitory functions.

Therefore, it can facilitate the electrical impulses in a neuron. It can also inhibit the heart rate at any given moment. It’s like the conductor of an orchestra who directs and makes sure that everything’s in harmony, rhythm, and balance.

Functions in the central nervous system

Acetylcholine acts in an excitatory way in the central nervous system. Thanks to its interaction between neurons and nerve cells, it promotes the motivation process, excitement, and attention. Not only does it stimulate activity in the hippocampus area to carry out these processes, it also acts on the cerebral cortex so that it gives form to the executive functions, such as problem solving or reflection.

On the other hand, the main cause of cholinergic pathways losing their functionality in the central nervous system and not communicating is Alzheimer’s disease.

One aspect of neurotransmitters is that they also act like hormones. In the case of acetylcholine, it can be said that it also has an important endocrine function: it acts on the pituitary gland. It can control the amount of urine the body excretes, stimulate the production of thyroid hormones, etc.

Your peripheral nervous system couldn’t carry out a lot of its functions without this neurotransmitter. The different tasks that it carries out are essential to survival and well-being:

A fun fact is that acetylcholine has a role in a process that also guarantees our survival: the perception of pain.

How can you stimulate the production of acetylcholine?

Just like we discussed at the beginning of this article, our brain needs “sugar” to produce acetylcholine. Now, it’s important to never consume too much sugar. This is because, on most occasions, our attention and memory decrease after a few hours of consuming sweets. The reason? When there’s an excess of sugar, a chemical that inhibits the effects of acetylcholine named adenosine appears.

Therefore, the best thing you can do is have a balanced diet. If you want to increase the production of this neurotransmitter, there’s nothing better than including these foods in your diet:

It’s amazing how such an unknown, hidden, and unique element in the human body can do so much. Now that you know how important it is, you should try to keep it balanced. Try to have a better diet and a more active lifestyle and make corrections from time to time to make sure that everything is as it should be.

The Pleasure Hormone Serotonin and How It Affects Your Body
The pleasure hormone serotonin is a chemical that our neurons produce to communicate with each other. It is a neurotransmitter found in several regions of our central nervous system. Read more »
Link copied!
Interesting Articles
Behavioural Biology
The Neurobiology of Addiction