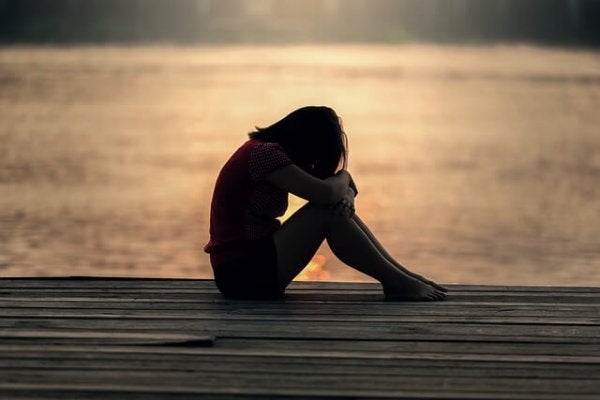 Adolescence and young adulthood is quite unique in many ways. Not only because we go through it just once, but also because of what it all entails. We are preparing for adulthood, and all kinds of new, exciting worlds open up to us.

Probably the most exciting of these worlds is the world of love. It is in adolescence when we start getting romantically interested in people. Even our normal relationships and friendships are now different than before. It opens the door to enriching experiences, but also to potential abuse.

Because of these changes and the evolving nature of relationships, tension can arise. Sadly, physical and verbal aggression may also arise. It’s important for us to know the factors that may lead to domestic abuse in young couples. Then we can try to remedy the situation and not exacerbate it.

“For a world where we are socially equal, humanly different and totally free”

There are many factors that may increase the risk of domestic abuse in young couples. Social and cultural factors are high on the list and must be considered. The sad truth is that many people in our society still see violence as a valid way of getting what they want. The majority, thankfully, are more sensitive to this situation and roundly condemn it.

In addition, traditional cultural beliefs surrounding gender roles come into play. This often means that men tend to have violent tendencies and the latter tend to excuse them. Tolerance of sexist violence and female victimization is thus often encouraged.

Despite this, if we analyze relationship patterns in young people and adolescents, we also find violent behavior in girls. This, however, tends to lessen as they grow into adulthood. They often use this type of behavior to manage their insecurity and anger, while boys do it to reaffirm their masculinity and exercise control.

I encourage all men and children everywhere to join us. Gender violence will not be eradicated until we all refuse to tolerate it

Regarding interpersonal factors, we have the family and peer groups. Traditionally we assume that when there have been cases of abuse in the family (either between the parents or towards the children), it is more likely that this will continue when the children become adolescents and young adults. Yet, surprisingly, research tells us that “only” a third of abusers have this type of background.

What is happening is that young people are seeing violence in their friends’ relationships. When this occurs, the cultural idea that violence can be justified and even be necessary is perpetuated. After all, people find themselves within a social group that is important to them, and this group condones (or at least does not condemn) this violent behavior.

Finally, we must take into account the personal factors that influence domestic abuse in young couples. If aggression was already in previous relationships, it is more likely to happen again.

There are still more risk factors. Insecurity, jealousy, dependence, impulsiveness and lack of social skills for conflict-resolution are some of them. Alcohol and drug abuse can also play a role in this problem.

The reality is that domestic abuse in young couples is a complex phenomenon. It isn’t usually caused by just one of these problems, but rather a combination. That is where the real danger lies.

That’s why it’s so important to develop prevention programs that address all these areas. Then there will be hope of preventing abuse before it appears, is validated, and normalized.

“Violence is the last resort of the incompetent”

We use the term "inner child" to refer to the image we have of ourselves, in regards to our feelings, values, and recognition of abilities. It's also our ability to discover feel satisfaction…

"I don't know what decision to make" is perhaps one of the most common phrases of those people who are insecure with themselves,…

Sometimes, we trust health professionals almost blindly. Cognitive psychologist Daniel Goldstein said that "psychology is an owner's manual for your own mind." But what…