5 Verbal Aggressions From Your Partner You Might Not Notice 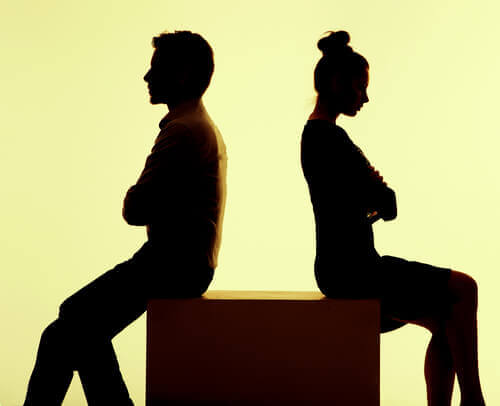 “Violence is the last refuge for an incompetent person.” Those were the wise words of the celebrated writer, Isaac Asimov.

Unfortunately, many incompetent people have achieved an enormous ability to broadcast verbal aggressions. They’re hard to spot, and as a result, they’re very dangerous.

And verbal aggression in a romantic relationship is unfortunately unique. Sometimes love makes us justify words and attitudes that are completely unjustifiable.

But sometimes they’re so hard to spot or are so common we don’t even identify them as such. Let’s dig deeper.

Decoding the other person’s intentions in a relationship isn’t simple. In fact, as secure as we may be, there’s always the possibility we’ll make a mistake.

Because none of us can be completely sure what the other person is thinking. There are verbal aggressions hidden in words and expressions we don’t always notice at first sight. Here are a few…

Jokes About Your Family

It’s not uncommon for a partner to ridicule the other person in the relationship. Oftentimes, they do it by criticizing their family or background.

Especially if this person is from humble beginnings or their parents don’t have many resources. But criticism and verbal attacks aren’t exclusive to this scenario.

“Poverty is the worst kind of violence”
-Mahatma Gandhi-

This kind of aggression can be very offensive. Without any justification or basis, it could create a stigma that can be used at any moment. It might be used when they’re angry, in a social gathering, or at any inopportune moment.

Talking About Other People’s Attractiveness

Talking about other people’s attractiveness isn’t necessarily an aggression. However, it’s truly a problem if they repeat it over time. If they’re doing it to undermine their partner’s self-esteem, it becomes a real verbal aggression.

Seeing attractiveness in other people isn’t the problem. It’s talking constantly about it and comparing their partner to the people they’re looking at.

As a result, they might start to develop complexes and a feeling of inferiority because of how they’re being treated.

Making a Caricature of the Other Person

A lot of times, we paint a verbal portrait of our partner, as a form of humor and caricature. Occasionally, we act like we’re able to read their minds.

What happens is that they might repeat this behavior so much over time, it turns into mockery. Of course, it will probably end up greatly affecting their partner and cause their self-esteem to plummet. In fact, they may confuse their true self with the caricature.

Emotional blackmail is another verbal aggression that sometimes goes unnoticed. But it results in huge wounds.

All emotional blackmail speech has a specific purpose. The manipulator talks about how they’re working to make everything good and right.

This way, the victim ends up thinking they’re to blame for everything that’s happened. And, that if it weren’t for their partner, it would’ve all been a real disaster.

Gaslighting is a form of psychological abuse that gets its name from the title of a famous movie. In this scenario, the verbal aggression makes the other person doubt their own mental capacities, perception, and memory.

Through lies and manipulations, they create enormous psychological discomfort in the other person. They foster a feeling of insecurity and devaluation.

Therefore it’s a really complex situation to detect. That’s why psychologists recommend getting a third opinion from someone outside the relationship. Otherwise there could be truly serious problems.

“Much work and blood would be saved if we opened our hearts.”
-Chief Joseph-

No matter how well-known or “obvious” these verbal aggressions may be, it’s not always easy to recognize them, especially if we’re the object of them. So, let’s pay attention in our relationships, and especially watch the way we communicate. You will save yourself a lot of pain.
Link copied!
Interesting Articles
Psychology
Having a Mental Illness Doesn't Make Me a Violent Person

Mental illness doesn't indicate violence. Perhaps it's a lack of knowledge about mental illnesses that provokes fear and causes us to…

Psychology
Life Doesn't Have to Be Perfect to Be Wonderful

People tend to demand too much from life and even from themselves. We set standards, goals and various dreams to…

Psychology
Social Skills in Children: How to Help Children Acquire Them

Developing the right social skills in children will help their relationships and interactions be much more positive. Today, we'll talk…