Doctor Francisco Lopera and a New Way to Treat Alzheimer's

Dr. Francisco Lopera heads a group that has been researching Alzheimer's for more than 30 years. Thanks to their hard work, they were able to identify a new way to treat Alzheimer's, which will probably help to fight it more effectively. 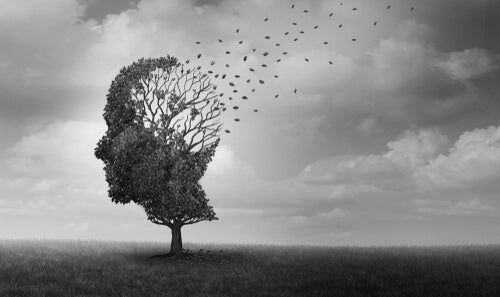 Currently, five major research projects are seeking to develop drugs to treat Alzheimer’s. Four of them are being developed in the United States and one in Colombia. The latter is directed by Dr. Francisco Lopera, who has made amazing progress in the 30 years he’s been studying this disease.

The difference between Dr. Francisco Lopera’s work and that of other researchers is the fact that, partly by chance and partly due to constant searching, he found a new way to tackle the disease. This method is related to genetic peculiarities he found in one of his patients.

Alzheimer’s is a type of dementia that causes great suffering to people who suffer from it, as well as their families. The progressive loss of memory and different abilities is equivalent to a slow death of identity, life projects, and a reason to live. Many people in the world are waiting, if not for a cure, at least for a more effective way to treat Alzheimer’s than the current ones.

The research of Dr. Francisco Lopera

Dr. Francisco Lopera leads a research project in which he has worked with the National Institutes of Health (NIH) of the United States, the Banner Alzheimer’s Institute, the Genentech company, and, more recently, with experts from Massachusetts General Hospital and the Schepens Eye Research Institute. The headquarters of their work is the University of Antioquia in Colombia.

He spent a lot of time trying to develop a treatment for Alzheimer’s. Scientists have made important advances, but the drugs that are on the market are limited. For this reason, and for some years now, research has been focusing on prevention rather than cure.

For the time being, there are increasingly sound methods of early detection. However, these are sophisticated procedures that aren’t yet available to everyone and are only used in research groups. But it‘s likely that they’ll soon be available to everyone, which is a great step forward.

A different avenue for research

Dr. Francisco Lopera has found a new avenue for research and, hopefully, this will enable doctors to treat Alzheimer’s disease better. It all started in 1984, when he was a neurology resident. A patient who was only 47 years old and already in the advanced stages of this disease went to see him. As he looked into his case, he learned that this patient’s father, grandfather, and uncles had also suffered the same thing.

This led him to do a genealogy of this family and, by doing so, he found the first family group with a hereditary form of Alzheimer’s. Later, as a researcher, he found two other families with the same characteristics. Eleven years after that first finding, his working group proved that it was indeed Alzheimer’s and that, in this case, the disease was due to a gene mutation.

Years went by and new cases appeared. In all of them, they found the same characteristics. They called it “paisa mutation” because there were no other references in the world to this one. Paisa refers specifically to a people group who inhabit the northern part of Colombia in the Andes.

However, the really amazing part of this investigation still hadn’t occurred.

Dr. Lopera explains that, with Alzheimer’s disease, there’s a kind of accumulation of “garbage” in the brain. It’s made up of a protein called amyloid. Fragments of it stick together and form a kind of “glue” that sticks to the neurons and causes a number of malfunctions in the brain. The other part of the “garbage” is tau, which wraps around the neuron, “locks” it up, and kills it. Tau is more harmful.

Now, one of the patients treated by Dr. Francisco Lopera was a member of one of the families that had the mutation and she developed it herself. However, unlike all her relatives, she didn’t develop the disease early on. In fact, her first symptoms didn’t manifest until she was in her 70s. Her case was completely exceptional, which is why the research focused on her.

After careful studies in Boston, experts found that the patient’s brain was filled with amyloid, even more than in other cases. However, she had very little tau. The research allowed them to verify that, in this particular patient, another mutation inhibited the production of tau and this was what delayed the progression of the disease.

The journal Nature published the article, which opened up a whole new avenue of research to treat Alzheimer’s. Experts believe that, based on the information gathered with this patient, it would be possible to develop gene therapy, replicating this genetic information in other people. Experts also consider developing a drug to mimic the mechanism of the protective mutation.