The Distraction Method to Instill Discipline in Children

The distraction method is easy to apply in children. Discover how to apply it and its benefits in our interesting article! 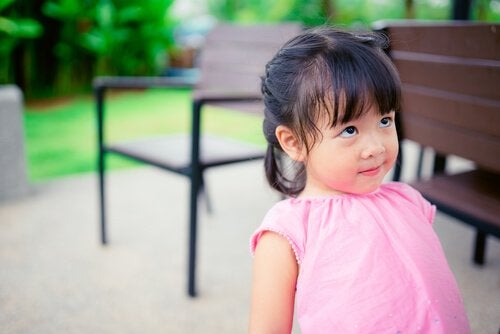 The distraction method is usually a good behavioral management tool, especially in young children. Diverting a young child’s interest and attention can help you avoid situations that could lead to unwanted behavior.

Distraction is an effective strategy when parents believe that their child’s behavior may be problematic. For example, it’s useful when children become irritable, when they’ve been sitting still for a long time, or when they’re doing an activity that is difficult for them.

The distraction method is easy to apply. In fact, you may only need to point out something interesting or peculiar, start a simple game that boosts concentration, or play with simple objects. Basically, you can choose anything that will distract and entertain a child. It’s all about preventing or putting a stop to a possible maladaptive behavior.

Keys to applying the distraction method

As we mentioned above, applying the distraction method is quite simple, especially if we bear in mind that children’s behavior is usually guided by what happens around them. Their prefrontal lobe isn’t fully developed yet, which means they still can’t control their attention as adults can. And this is something you can take advantage of.

In order to do it, consider the following aspects:

Now let’s say you’re working with older kids with behavioral issues. In that case, you can use other strategies such as:

The distraction method is a corrective method related to redirection. Redirection involves focusing the child’s attention on harmless activity or stimuli.

Indirectly, distraction suggests revaluing activities that interest us to use them as a source of good behavior. With them, we can reward the child and strengthen their self-esteem. In other words, we put the child in contexts where it’s easy for them to obtain reinforcement.

There’s something we must all bear in mind if we want to use the distraction method to discipline children. If you propose a fun, rewarding activity after the child has hurt someone or had a tantrum, what you’re doing is unintendedly rewarding that behavior. It’s better to use the distraction method to anticipate a bad behavior. That way, you’ll have more alternatives.

Also, consider that the distraction method isn’t appropriate for every case. For example, there may come a time when you don’t want to put an end to a tantrum so that the child learns that they were in the wrong. Thus, it’s vital that you evaluate the use you’ll be giving this method before applying it.

In this sense, the ideal thing to do is intelligently combine different educational and disciplinary strategies. This will ensure your intervention is fruitful no matter the context. Be knowledgeable about it: the more discipline tools you know, the better. In fact, the more you depend on a disciplinary method, the less effective it becomes.

Moreover, pay close attention to the child’s reaction when you use the distraction method. Also, don’t forget to be as consistent as possible in its application. Remember to be flexible and apply another method if this one doesn’t work as expected.

The distraction method as an alternative to physical punishment

E. Gershoff published a study in 2010 where he explained that a lot of the research on discipline to date was focused mainly on parents’ use of physical punishment. The most likely reason for this is that physical punishment is a very controversial way of disciplining children.

Furthermore, a 2007 study analyzed 10 different disciplinary tactics commonly used by parents. It yielded unexpected results. Physical punishment was, in fact, one of the three less common techniques used by parents of preschool children. The most common were controlling child behavior, talking with the child, distraction, and modeling.

9 Self-Discipline Strategies That Work
Self-disciplined people are made. Through these individuals, we can learn a lot about how they kicked their tobacco habit, lost weight, trained for a Read more »

Although the term "media manipulation" is not well-known, we owe Sylvain Timsit for the valuable contribution. In 2002, the French writer…

Psychology
I Want To, But I Can't

There are many things that I want, but I cannot do it. It isn’t that I have limits, nor is there anyone or anything that is standing in my way.…

A wise heart is nourished by small details, things made with attention, love of the good and the authentic. Details that…

Sometimes, people feel like they want to develop other talents or spend their time doing different activities. However, when they…