Discretion Will Make You Great 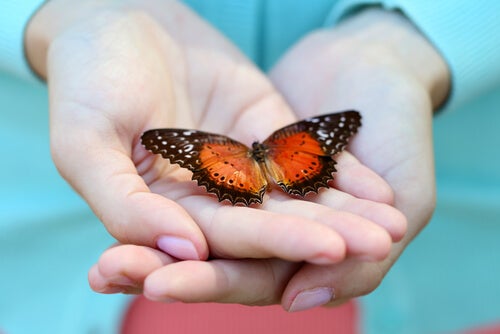 A song by Vetusta Morla plays. Maybe what makes you great isn’t hard to see. Everything we are is there, because discretion need to be noticed in order to be unique. In fact, when we talk of a simple person or attitude, we’re referring to someone who is true to themselves at doesn’t try to show themselves to be different to who they are.

Before we continue, it’s important to note that discretion doesn’t mean an easy or plain personality, but a true and spontaneous one. This is to say that someone who goes about with discretion means that they do it in an open and pure way.

Hiding your true self doesn’t do you any favours

As we have mentioned, discretion makes us great. It show us as we are, taking off the mask. It’s the best way to reflect what we’re subconsciously hiding underneath. However, we tend to avoid it, only complicating the process by which others get to know us.

Have you never tried to hide a part of your personality from fear that other will find out? Why do we do it if spontaneity ultimately strengthens relationships? Probably because revealing our emotions makes us feel vulnerable.

“And leave the fear and punishment behind,

because life can be so much more.

Discard everything you hide

since the skin already tells it all”

Nevertheless, nothing is further from reality. Being discreet doesn’t make us weak or feeble, even though it could appear so from the outside. Coming forward with humility and truth will help to erase the secondary aspects which hinder our relationships.

Furthermore, accepting these as strengths will give us more security and higher self-esteem. So, by disguising or hiding our true self we are poisoning ourselves.

When we complicate things

On the other hand, it’s not about not embellishing ourselves at all, nor about not telling lies, but rather about conducting ourselves without any more complication than is necessary. We know that we have a limited amount of energy, but even so we insist on wasting it. It’s as if we have an incorrigible tendency to complicate things so that they are twice as difficult for us instead of being humble and spontaneous.

Obviously we don’t do it on purpose, but we do do it. We waste time and focus more energy than is necessary on daily situations which only require discretion. Why?  The answer probably lies in the socially proliferated idea that with everything valuable comes sacrifice.

“People don’t look for complications. You hear hoofbeats, you look for horses, not zebras”
-Lee Child-

Some people believe that only by taking the difficult road will they be most rewarded. However, in reality, there is no reason that it should be this way. For example, sometimes the exit from a maze, which is supposedly hidden from us, is closer than we think.

At this point, we should remind you that it’s true that we must live through tough times and fight to get out of them, but everything good doesn’t always come with great difficulty. In other words,  happiness doesn’t come through suffering, even though great strength is required to get through tough times.

Close your eyes, open up your heart, and you will find simplicity

We’re going to close this article with the same idea with which we began it: it’s good for you to choose the path of discretion, in your personality as much as in your approach to things.

You just need to close your eyes from time to time and open up your heart. The Little Prince said it as does Murakami: we must look below the surface which is often so confusing. We must overstep the obvious and reach into people’s hearts.

“Maybe the simplest things are the hardest to see.

Sometimes, we fail to see what is right in front of us”

By doing this, we’ll carry a lot less weight and the people who come into our lives won’t be leaving them. Those who are authentic will unite and  discover more than the world of kindness and honesty with which they can resolve complicated situations.

How to Recognize Humility
Humility is not simplicity, but simplicity of greatness. Read more »
Link copied!
Interesting Articles
Psychology
How to Respond to Criticism and Get Something out of it

When someone criticizes you, you usually see it as a personal attack. It feels like an offensive comment that can sometimes…

Psychology
Verbal Aikido, a Technique to Defend Yourself from Verbal Attacks

Verbal Aikido is a technique derived from the martial art Aikido. This martial art was born in modern Japan, where it…