How to Detect Negative People 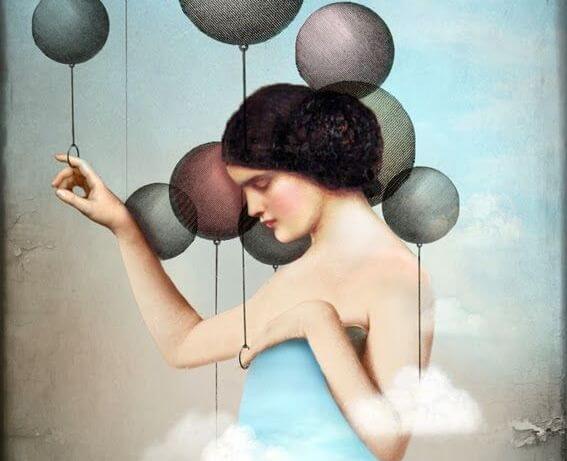 How can you detect negative people and start to recognize their behavior? There are many different stereotypes and fallacies which can sometimes make you think your own behavior is free from any negativity.

While there are people who wear negativity like a flag and will freely share it in everything they do and say, in truth, we’re all susceptible to becoming negative people when we have a bad day.

So that’s why we’re asking: what exactly do negative people do? It’s important to be aware that these behaviors become more harmful as they increase in frequency and intensity, and that negativity is not an absolute and it always happens to different degrees. But it’s in your hands, once you become aware of the nature of these behaviors, to avoid repeating them.

Talking trash about other people

People do this out of insecurity, jealousy, or simply because there’s nothing else to talk about. Negative people never stop analyzing other people’s behavior in a scathing way. They reveal secrets and judge people based on a binary scale (good/bad, crazy/sane, useless/brilliant). And they never do this to be helpful and contribute solutions, they just want to be right.

The fundamental difference between being negative and facing interpersonal conflicts is that by doing the former, you poison your environment and the people around you, and you act insincere. If you don’t care about them, you should move along without causing destruction.

Many people dream of having a job that brings them stability and comfort, but these two qualities also create rigidity if they go on for an unlimited period of time. This can result in a lack of empathy and communication, stale conversations, and quick social judgments and stereotypes.

The same kind of comfort can be extrapolated to personal relationships: there might be a certain stability in your relationships, but that doesn’t mean there’s enrichment. People who sit motionless in their everlasting comfort end up being insensitive to the daily lives of others. We won’t overuse the clichéd concept of the comfort zone, but be aware that quality of life is not synonymous with conformity.

People who project negativity start by falling into a dull routine.

When people seek only opinions that confirm their views without even contemplating other ways of thinking, they end up becoming consumed in a reductive view of the world and those in it.

Thinking in extremes is not only characteristic of ignorance and a lack of a defined identity; it’s also a prelude to the kind of rampant negativity that censors anything that isn’t convenient for that person. It’s a mechanism of basic functioning in repressive people who lack both individual and collective awareness of the environment they live in. It’s self-determination through the social, moral, and economic nullification of everyone else.

Humans are social beings, and when you seek to block yourself away from everyone else, you strip yourself of your security blanket. Just because some social relationships have stopped contributing anything positive to you doesn’t mean you can’t add more people to your social network. You can meet new people in new situations and maintain the relationships that are still meaningful to you.

They key to social well-being is to anchor and adjust: anchor yourself in significant relationships and adjust your trajectory to new social circles that have similar values and goals.

Having a big ego

There are a few clear consequences of having a big ego: lack of self-criticism, rigidity in close relationships, and seeking recognition above self-improvement.

This results in negativity based on lacking knowledge about themselves and being suspicious of other people who don’t reinforce their beliefs about themselves. But they don’t care; they still disproportionately value the work they do and expect the same evaluation from others.

A big ego is the antithesis of true self-esteem. It’s only nurtured through the praise of other people, who tend to be submissive and impressionable. Both types of personalities feed off of and perpetuate each other.

Hiding behind friends and family

Many people hide their shortcomings by blaming their families and friends. They explain away their lateness, rudeness, and lack of empathy by blaming a difficult family situation that isn’t always real and doesn’t justify their behavior.

Nobody would argue that everybody goes through unfavorable childhood experiences, but that doesn’t justify not taking responsibility for your actions and ignoring the chance to correct your mistakes.

Focusing on things they can’t change

This often involves a need to justify oneself through the impossibility of achieving highly difficult goals, which validates their situation in the eyes of others and protects their self-image.

Working too much doesn’t imply a greater ability or sense of responsibility. It usually indicates an inability to filter through one’s challenges or to manage one’s time properly. This has repercussions not only at work, but also in one’s free time.

People who find themselves with no free time, with days full of obligations that they don’t like, tend to be prone to negativity. That’s why it’s so important to keep your agenda organized and structured, so that you can leave yourself room to breathe and regain strength.

Link copied!
Interesting Articles
Psychology
How to Detect Insecurity in Your Children

Psychology
5 Differences Between Narcissism and Self-Esteem

David Levithan once said, "Narcissism. You couldn't believe I didn't own a full-length mirror." In reality, narcissism is to seek…