Description and Characteristics of Symbolic Thought

What's symbolic thought? What does it have to do with language, drawing, or play? Find out in this article! 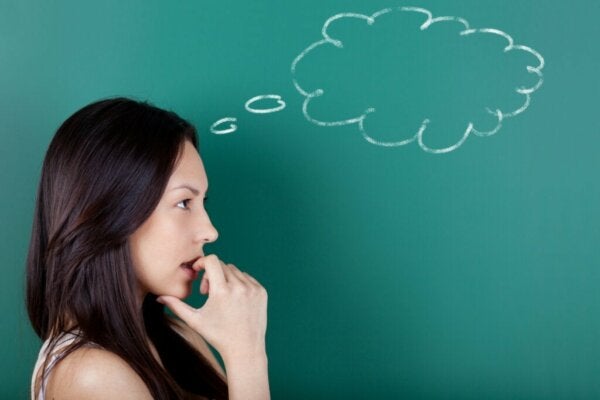 Do you know what symbolic thought is? Do you know how it manifests? Symbolic thinking is what allows humans to talk about past events, as well as to hypothesize about what may happen in the future. In other words, it allows you to get out of a current situation in order to evoke another reality, be it past or future.

“Evil doesn’t actually exist. It’s just an abstract concept we use to describe shitty behavior. It’s an idea, a concept, a thought, not a thing.”

One could define symbolic thinking as the ability to think about the present situation. In other words, it’s a type of thinking that allows you to visualize the reality of a given environment, according to personal experiences.

Swiss psychologist Jean Piaget (1896-1980) contributed a lot of information about symbolic thought.  He dedicated himself to defining and explaining the different stages of cognitive development a child goes through. According to him, symbolic thinking implies a child is capable of using signifiers to refer to meanings.

Following Piaget’s scheme, symbolic thinking is part of preoperative thinking. This is a broader concept that would go through three stages during its development.

As you can see, Piaget’s model for symbolic thought is within the preoperative subperiod, from ages two to six.

According to Piaget, a series of manifestations occur in the development of the child that makes this process possible during the stage of formation and consolidation of symbolic thinking. These are:

In other words, symbolic thought becomes latent and gradually consolidates through all of these manifestations.

How do humans express symbolic thought?

You’ve seen some examples in the early stages of life, according to Piaget (from ages two to six). But now we’re going to delve deeper in it. Some of the most important manifestations of this type of thought are the following.

This is one of the main manifestations of symbolic thought, as it’s based on symbolization. What does this mean? It means the verbal keys you describe reality with aren’t what they point to but rather their translation into abstract terms.

In other words, people use language to represent reality through symbols, words in this case, and the same occurs with symbolic thought. Thus, you’re representing something from outside your mind but this process passes through a previous filter: the mind itself.

Similarly, symbolic thought activates when you read, for example. It’s what allows you to imagine the scenarios and characters you’re getting to know through your reading. Once again, it’s a way of evoking a reality that isn’t yours through your imagination.

Moreover, an entire universe captured in novels or texts of any kind was previously created in someone else’s mind. Symbolic thinking is also about this.

Another manifestation of symbolic thought is symbolic play. Thus, the latter acquires special relevance in the first stages of life. In other words, during childhood, when the child’s development is in full expansion. Thus, symbolic games are important for development, especially for the first social relations and also to acquire the proper habits of a given society.

Through symbolic play, mainly based on symbolic thought, children represent offices, characters, uses of objects, and roles by means of their own play and the various toys or objects. In addition, they attribute properties to inanimate objects. Using a banana as a phone, for example.

According to Piaget, symbolic play appears around the age of two, which is when the child has a sense of the permanent object. That is, they understand that an object still exists even if it isn’t in their field of vision. The reality is humans never stop playing, and doing so almost always involves learning.

Both children and adults graphically represent one (or multiple) realities through drawing. Moreover, this reality is seldom in front of them when they do it. That is, you shape what you want to evoke through symbols. Thus, drawing is the ability to use signifiers to refer to meanings due to symbolic thinking.

Thus, in a certain way, both drawing and painting allow humans to represent something from outside but also the ideas inside their minds. As you can see, this is what symbolization is all about.

At the level of culture and society, cave paintings and hieroglyphics contain a large part of human memories. That is, there’s a great part of human history in these manifestations.

In addition, color drawings allowed many societies to transmit their seal of identity, to record what distinctive characteristics they possessed and the legacy they could extend beyond physical survival. You can find a clear example of this in flags or in illustrations of them.

The Theory of Weak Central Coherence and its Link to Autism
The theory of weak central coherence states that there are people who focus first on the details of an image rather than the general idea. Read more »
Link copied!
Interesting Articles
Theories
The 6 Most Important Theories on Development