Life of Pi: Imagination as a Defense Mechanism 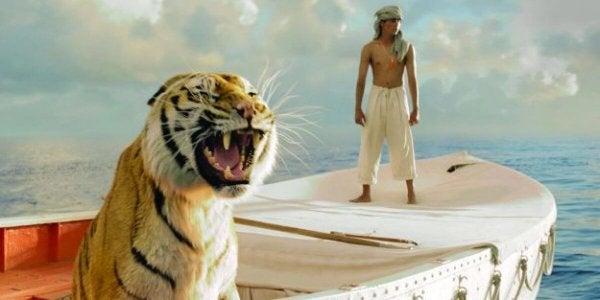 Life of Pi is a novel by Yann Martel about Pi, a young man who must face a life or death situation. Pi only manages to survive thanks to his imagination.

The challenges he faces throughout the story test his faith and values. In the story, Pi is a young man with strong values. Since childhood, he’s tried to discover the truth through faith in different religions. Pi was a Christian, Hindu, and Islamist. His faith allowed him to develop a deep empathy and respect for all living beings.

In Life of Pi, the protagonist finds himself in a dangerous situation. Pi must choose between death by dehydration and hunger, or life by betraying his values. Thus, he chooses life, very much in spite of his faith.

When he’s rescued, the investigators demand that he describe everything that happened on his journey across the ocean. Pi describes an extraordinary sequence of events. He describes how he found himself on a tiny raft in the middle of the ocean along with four animals: an orangutan, a zebra, a hyena, and a Bengal tiger. However, his story is unbelievable.

In Life of Pi, the officials that interrogate him pressure Pi to describe what really happened. So Pi tells a much more realistic but sinister story. The animals are the imaginary counterparts of four human characters.

The personalities of these four humans led Pi to associate them with the animals. Pi used his imagination as a defense mechanism against the horrible events he witnessed. This allowed him to uphold his values while stranded in the middle of the ocean.

Life of Pi: Imagination as a defense mechanism

Imagination is very powerful. It allows our minds to create things beyond the events that happen to us on a day-to-day basis. Since the animals were a defense mechanism, we can see that imagination is what allowed Pi to survive.

Jonathan Durden makes a very strong argument in favor of Pi’s imagination as a defense mechanism by drawing parallels between both of Pi’s stories. It’s the similarities between the animals and humans in both stories that lead to our theory.

In reality, the human characters in Pi’s story are his mother, a young sailor, the ship’s cook, and Pi himself. The orangutan represents Pi’s mother, the wild hyena is the cook, and the zebra represents the sailor. Finally, Pi’s imagination creates an alter ego for himself as the Bengal tiger.

It’s possible that in a stressful situation, such as a shipwreck, a person can use their imagination to protect their sanity. In Pi’s case, his imagination allowed him to perceive the people on the raft as animals. In part, this was due to Pi’s experience of taking care of animals at his family’s zoo. He understood their behaviors and could justify them as instinctive reactions.

The tiger is a great example. Pi had a vast knowledge of zoology. However, it’s unlikely that Pi managed to master it in just a few days.

Therefore, the tiger must be a projection of Pi’s imagination. The creation of this animal was the reason why Pi could survive for so long. Through the tiger, Pi was able to do things that would be incomprehensible to him as a human but perfectly reasonable within the tiger’s behavior.

Is imagination the right choice?

Towards the end of the book, Pi asks the most important question in his story. It’s the question that somehow explains why he insists on taking refuge in his imagination:

“So tell me, since it makes no factual difference to you and you can’t prove the question either way, which story do you prefer? Which is the better story, the story with animals or the story without animals?”

The question seems to be an allegory for religious faith and Pi’s own life. When Pi asks the question, it seems that he knows that the story with the animals is a product of his imagination. But he also seems to know that his imagination is not a negative quality. Pi knows that it allowed him to survive the challenges he faced.

Pi realized that although the story with the humans is true, seeing it with the animals helped him understand the situation better. At the same time, by understanding it through the animals, Pi can also see his own humanity.

If he hadn’t used his imagination as a defense mechanism, it’s very likely that Pi would have gone mad. Imagination can be a very helpful tool to manage situations that surpass us.

“If I still had the will to live, it was thanks to Richard Parker. He kept me from thinking too much about my family and my tragic circumstances. He pushed me to go on living. I hated him for it, yet at the same time I was grateful. I am grateful. It’s the plain truth: without Richard Parker, I wouldn’t be alive today to tell you my story.”

Bibliotherapy: The Healing Power of Books
Reading is one of the best ways for humans to cultivate their minds. Healing through books is known as bibliotherapy. Read more in this article! Read more »
Link copied!
Interesting Articles
Literature and Psychology
We Are What We Eat, But We Are Also The Books We Read

Literature and Psychology
An Eskimo Myth - Sedna, Goddess of the Sea

Although there are several versions of this Eskimo myth, this article talks about the most complete one. The legend says…

Literature and Psychology
Time or Money? Your Answer May Determine Your Happiness

Which do you think makes you happier: time or money? Author Marc Levy, in his novel, If Only It Were…