Depersonalization Disorder: The Feeling of Living in a Dream

Read all about depersonalization disorder in this article! 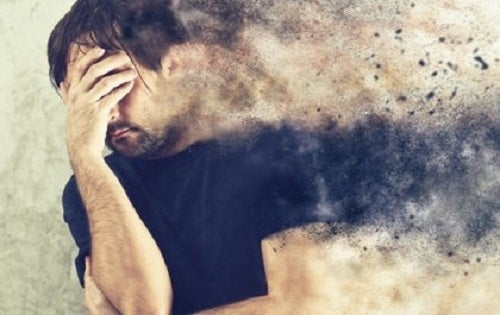 During these episodes, you might experience a sense of unreality or unfamiliarity. In addition, you might feel detached from yourself. The sufferers feel like they’re external observers.

Depersonalization episodes bring a sense of unreality or detachment. You may also feel as if you’re not familiar with the world, inanimate objects, or your surroundings. You might feel as if you’re in a fog, a dream, or a bubble. Also, you may feel as if there was a veil or a glass wall between yourself and the world around you. You might see your environment as artificial, colorless, or lifeless.

Depersonalization is usually accompanied by subjective visual distortions such as blurred vision, increased visual acuity, enlarged or reduced visual field, two-dimensionality or flatness, exaggeration of three-dimensionality, or changes in the distance or size of objects (e.g., macropsia or micropsia).

Depersonalization disorder can affect your social life or work life.

Am I going crazy?

People with depersonalization disorder may have difficulty describing their symptoms. They may think they are “crazy” or “going crazy” or fear irreversible brain damage.

A common associated symptom is a subjective change of one’s sense of time (e.g. time is passing too slow or too fast). Another common symptom is difficulty vividly remembering things from the past.

Headaches, tingling, or dizziness are also not uncommon. People may also suffer from obsessive worrying and rumination.

In this case, people become obsessed about whether they really exist or control their perceptions. This is often associated with different degrees of anxiety and depression. People with this disorder also tend to have a physiological hypo-responsiveness to emotional stimuli.

How does this disorder develop?

The average age of onset for depersonalization disorder is sixteen. However, the disorder can manifest in early or mid-childhood.

Less than twenty percent of cases develop after the age of twenty and only five percent after the age of twenty-five. Development at age forty or later is very infrequent. On the other hand, the onset of the disorder can be gradual or extremely sudden. The episodes can last hours or days to weeks, months, or years.

The internal and external factors that affect the intensity of symptoms vary widely, although there are some typical patterns. Symptoms can be worsened by stress, mood, anxiety symptoms, new stimulating or overstimulating circumstances, and by physical factors such as lack of sleep.

Depersonalization disorder can be extremely unpleasant. Those who suffer from it usually feel as if they’re going crazy or living in a dream, which can make them seek medical help. Fortunately, it isn’t dangerous.

Dissociation: a Fascinating Phenomenon of the Mind
Dissociation is a phenomenon which refers to the disconnection some people suffer between their thoughts, emotions, memories, and even their own identities. Read more »
Link copied!
Interesting Articles
Personality Psychology
Eating Disorders and Personality

It's a fine line dividing success and failure. Not all people who meet their goals are successful people. Just like how…

Psychology
What Factors Influence the Way You Vote? A Look at Spain

Spain's political system is largely democratic, as representatives in Congress and the Senate are indirectly elected by popular vote through lists…

Psychology
The 6 Emotional Gifts Of The Female Brain

Be it through cultural influence or pure and hard biology, men and women tend to be different in the ways that…