Déjà vu: How Can I Know This Place if I’ve Never Been Here Before? 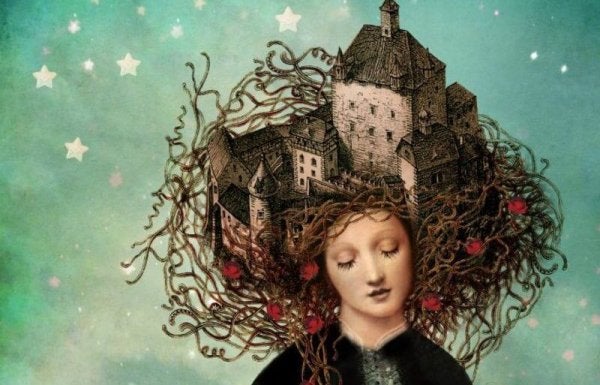 It’s not completely certain that paramnesia and what’s known as déjà vu are the same thing, although we often use them as synonyms because the latter is very common. In fact, there are two forms of paramnesia: that of memory and that of recognition. Déjà vu is a concrete type of recognition paramnesia.

When one experiences recognition paramnesia (also related to cryptomnesia), what one truly experiences is an alteration or distortion of reality. This includes déjà vu, jamais vu, déjà senti, etc.

Déjà vu: I’ve experienced this before

The phenomenon of déjà vu is the sensation that you’ve already had this experience or lived through this situation before. In fact, the term, which comes from French, means “already seen.” The experience makes us truly believe a perception that isn’t real, because the situation is completely new.


However, when we experience déjà vu we know that something strange is happening: have I experienced this before? Some studies have tried to explain the reason behind these mistaken perceptions, arriving at different theories.

Why does déjà vu occur?

Between the end of the 19th and beginning of the 20th century, psychoanalysis was one of the first psychological trends that tried to explain this mental phenomenon. In fact, Sigmund Freud and Carl Jung contributed their own explanations of déjà vu to the discussion: the former attributed it to repressed desires, and the latter to alterations of the collective unconscious.

However, today studies have turned towards cognitive processes in the human brain and anomalies of memory to explain this phenomenon.

“We are our memory, we are that chimerical museum of inconstant forms, that pile of broken mirrors.”

As we’ve seen, paramnesia of the déjà vu type is very linked to memory. These “unusual memories” can be experienced by all of us, although experts say that it occurs more often in young people between ages 15 and 25.

“The whole visible universe is but a storehouse of images and signs to which the imagination will give a relative place and value.”

The Strangest Phenomena of Our Memory

Confidence is the security or firm hope that a person has in someone or something. It's also having pride in…

Psychology
Stress: Wanting to Be "There" While You're "Here"

Books can be an excellent tool when it comes to dealing with depression. They help us understand our worst enemy…

Psychology
Your Most Valuable Qualification Is Being a Good Person

The most valuable qualification you have is being a good person. Of course, this qualification is not awarded by schools or universities,…