The Day My Child Lost His Smile: Child Abuse 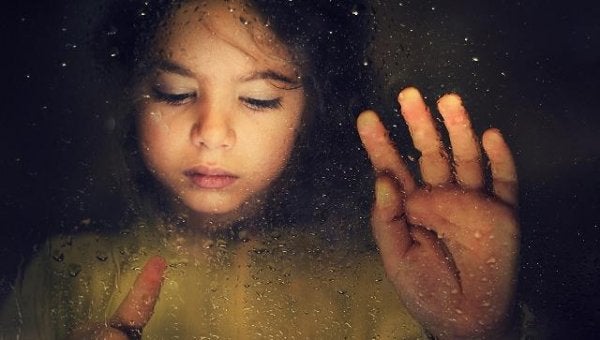 There are articles you’d rather not have to write because words hurt more than we’d like to believe. But ever since my son lost his smile because of the nightmare that is child abuse, I think how much I wish I’d recognized the signs he was showing while it was all happening. That way we could have avoided all the pain that’s come afterwards.

That’s exactly why I hope you read this article. So that you and your friends don’t have to go this pain that’s so hard to describe, because of what some soulless person could do to your child.

I’m going to explain the signs and symptoms your child will probably present if they are being sexually abused. And how we as parents can help them get through it.

I know this will be a hard one to read. But I also know these words can prevent the same thing from happening to other children. If only the world was different we wouldn’t have to write about these things, but unfortunately this kind of abuse exists. And our children could be potential victims.

If only I could protect my children from all the bad things in the world. If only I could keep them from suffering and give them permanent happiness. I know I can’t do it. But I do know I can educate them so that it’ll be harder for anyone to hurt them.

Child sex abuse is more common than most people know, because the statistics indicate we only know about 2% of all cases. This is because most of the time the boy or girl will feel ashamed, afraid, or even like they’re to blame.

This happens because the sexual abuse children may be subject to isn’t always aggressive. Actually, a lot of the time they keep silent because of a twisted kind of emotional manipulation, mixed with the abuse of power that a pedophilic adult has on defenseless children.

Pedophiles tend to use emotional manipulation to achieve their goals and to keep the child silent. This manipulation will cause the child to feel like it’s their fault. It may make them afraid of getting in trouble if their parents find out what’s happened.

We also can’t forget that unfortunately most instances of child abuse, sexual abuse, are committed by a family member. In these cases, a lot of the time it’s the adults themselves who stay silent out of shame: “what will people say,” they think, instead of helping the victims.

But it doesn’t just happen within the family. People who spend time with children, like teachers, your friends, or any other adult, even strangers, could abuse them.

There are several different signs a sexually abused child may show. To start with, here’s a list of a few of them:

How Should I Be Around My Child When They’ve Been Abused?

The first thing you need to be clear about is that even though your child’s been abused, it’s not your fault. There’s no magic potion to keep our children from being abused. As we’ve said, it might be people who have given you no reason to distrust them, like family members or teachers.

So, the first thing to do to get over the abuse is to create a relationship of trust with your child. For that, it’s absolutely necessary that they know you’re going to listen to them, believe them, and above all protect them if and when they’re ready to talk.

Remember that sexually abused children often feel unjust guilt. Here’s where your patience comes in. When it comes to having a conversation with them, do everything you can to make them understand that no matter what they do you’re never going to stop loving them. That your support is unconditional and you have faith in their word.

When your child goes through sexual abuse neither of you is to blame.

Be There for Them

If it’s unfortunately already happened and your child has already lost their smile because of sexual abuse, don’t try to overprotect them. And don’t ever blame them or yourself. The best thing you can do is to try to get them to express themselves and feel heard. To love them and make it clear that they have no responsibility for what’s happened to them.

Your mission is to make them see you understand it’s been really hard for them. That they’ve been really brave for confronting the situation getting help, whether medical or mental.

Remember that even if someone may have taken your child’s smile away for a time, they haven’t stolen it forever. And with time and the right kind of help, they’ll be able to get it back.

Left in the Corner: Forgotten Children
A traumatic childhood has life long consequences, but can we really identify a child in distress when we see one? Is it happening in your neighborhood? Read more »
Link copied!
Interesting Articles
Educational Psychology
Meaningful Learning: The Value of Learning By Doing

Are you aware of everything that happens in your brain to create a memory? Have you ever thought about the mechanisms…

Trees are silent friends we tend to move towards spontaneously. We look for their shade, lean up against their trunks, or…

Psychology
You are Whole: Educating to Avoid Emotional Dependence