Identification with the Aggressor 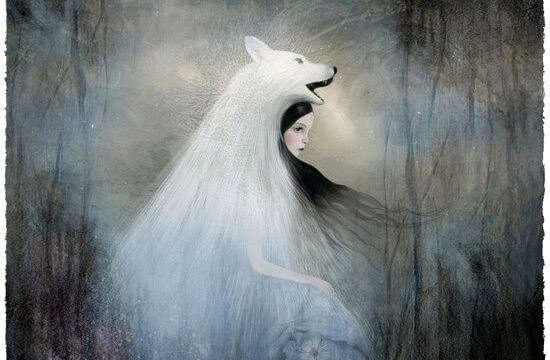 We’re always going to get hurt in relationships with other people. A misunderstanding, an unusual situation, or a lack of tolerance can result in conflict. But there are also situations where aggression and violence go too far, and we have to get away from the people who cause us pain.

The phrase “identification with the aggressor” was coined by Sandor Ferenczi and picked up by Anna Freud, two psychoanalysts with slightly different points of view. It’s a paradoxical behavior that can only be explained as a defense mechanism, which involves the victim of aggression or harm acting like the aggressor.

“Violence is the fear of others’ ideals.”

Even in situations of terror and isolation, the attitude of the victim towards the aggressor can become pathological, and feelings of admiration, gratitude, and identification can develop.

A typical example of identification with the aggressor is the behavior of some Jews in Nazi concentration camps. Some of the prisoners behaved like their guards and abused their own fellow captives. This behavior wasn’t simply a way to “suck up to” their aggressors.

When you admire or love the people who hurt you

A classical example of identification with the aggressor is Stockholm syndrome. This term is used when kidnapping victims establish an emotional bond with their captor.

This syndrome has also been called a “terrifying bond” or “traumatic bond.” It’s used to describe victims who have favorable feelings and behaviors towards their abuser, and negative attitudes towards things that go against their abuser’s mentality and intentions.

When someone is at the mercy of an aggressor, they feel terror and anxiety, which leads to a childlike regression. This regression is experienced as a type of gratitude towards the aggressor, whom they start to see as someone who attends to their basic needs. In this way, the victim goes back to being like a child.

The abuser feeds them, lets them go to the bathroom, etc. In response to this “generosity,” the victim feels nothing but gratitude towards their aggressor for allowing them to stay alive. They forget that their aggressor is really the origin of their suffering.

The emotional attachment of victims of intimidation and abuse towards their abuser is really a survival strategy. Once the relationship between victim and abuser is understood, it’s easier to understand why the victim supports, defends, or even loves their abuser.

The truth is that this type of situation doesn’t just occur with kidnappings. You can also see this defense mechanism in various, and unfortunately more common, situations, like abusive relationships.

Many of them refuse to press charges, and some even pay the bail for their boyfriends or husbands, even though they were physically abused by them. They even fight with police officers when they try to rescue them from violent aggression.

Some conditions favor identification with the aggressor, like domestic violence or workplace harassment, for example. This mechanism is also activated in random acts of violence, like assault or rape. In any case, life can become unsustainable if it can’t be overcome.

What happens is that they fear the abuser so much that they end up imitating them, to make up for the fear produced by a possible confrontation. One example of this is when a victim of armed assault buys a gun to defend themselves. Their attitude legitimizes the use of the kind of violence they were a victim of.

From victim to aggressor

Victims of abuse run the risk of becoming abusers themselves. This happens because the victim struggles to understand what happened, but can’t. It’s like their personality gets diluted in all the confusion, which creates an empty space. An empty space that is gradually filled with characteristics of their aggressor, and then becomes identification with the aggressor.

It’s important to clarify that this whole process develops unconsciously. It’s like an actor who gets so into his character that he ends up becoming the character himself. The victim thinks that if they appropriate the characteristics of their aggressor, they can neutralize them. They become obsessed with this goal, so they try again and again, and in this dynamic they end up resembling their abuser.

Unfortunately, a high percentage of people who experience traumatic situations and aren’t able to overcome them or don’t seek help, will potentially reproduce the trauma in other people. To some, this might seem like an obvious consequence, to others it might seem contradictory, but that’s just the reality of it.

The clock test is a very simple diagnostic test to do. Its purpose is to evaluate the cognitive deterioration of…

Psychology
Attitude is Contagious: Surround Yourself with People Who Bring out Your Best

If attitude is the most important thing you wear, then make sure no one takes your hopes and dreams and calls them "impossible." Don't…

Psychology
The Complicated Dynamics of Favors

People often say that we quickly forget the long list of favors that people have done for us. The only…

What it is happiness and how do you find it? This is the question we spend our lives trying to answer. We fill our life with lists, challenges and ideas that…