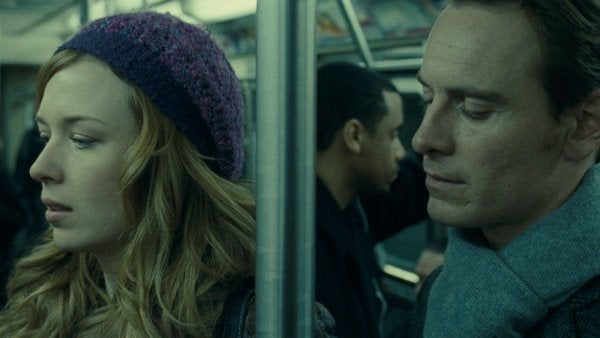 One day, his sister drops by unexpected and decides to stay with him in his apartment for a few days. The sudden appearance of his sister makes it hard for him to practice his addiction, which in turn creates problems for him at work.

This psychological drama is the second project of the British director Steve McQueen, a film titled “Shame.” This film is bold and courageous, as we have never observed the issue of sexual addiction so intimately.

The film presents as a confession. McQueen introduces this taboo theme in such a way that we so empathize with Brandon that we feel caged in his experience. And this is why the film bothers us so much (in the best sense of the word): because it functions as a mirror for society.

Maybe that is the value of works like this; films that go beyond a period of time cannot belong to a fad or a trend. Universal themes like sex and addiction are what leave an impression on our subconscious…especially if they are presented as an excellent film, cinematically speaking.

Why do we shy away from such common things, like sex, when they are placed in front of us? The reason is clear: we fear it. We reject what we see because we fear what is not commonly accepted in today’s society. We panic in front of that which is frowned upon, no matter how natural it may be.

Another inherent element of the film is banality. Banality is often used as a pejorative adjective; those things that pass on the margin of our lives, silently but steadily. We base our actions and customs on arbitrary concepts. By this I mean to say that most of our actions are based on an infinite number of elements that, seen in perspective, are vacuous, trivial. Do we need everything we have? Are we aware of the excess of what surrounds us?

We should start by analyzing what we believe is important to us. From a materialistic perspective, we assume that owning things is imperative to lead a lifestyle that coincides with our outlook.

One thing should be clear: three-quarters of what we want and what we have is unnecessary. There is needless excess everywhere. Excess is a kind of deception that we inflict upon ourselves to fulfill our dreams that, really, should be called false dreams.

People who seem to have everything (the ones we see driving their luxury cars, with their fenced-in yards and picture-perfect materialistic lives) could be as happy as they seem…or not.