11 Distortions That Make Our Lives Bitter 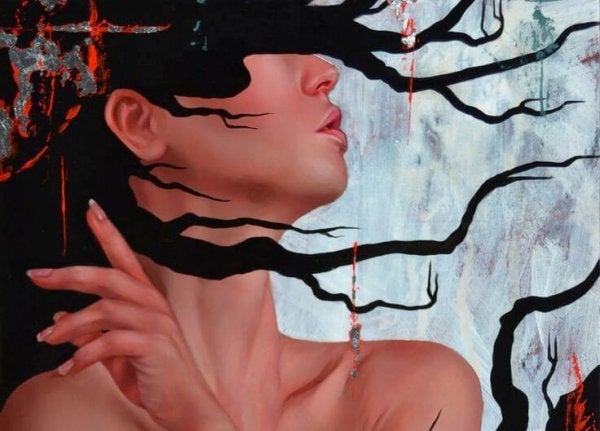 We all have the sensation that we are processing the world exactly as it is. It is easy to understand that our feelings and our mind create distortions, but it is not as easy to give up these distortions.

There are many occasions in which we distort our perception. Despite the fact that this is normal, it is also true that these distortions are increased or aggravated in the presence of a mental disorder, like depression, for instance.

In other words, those erroneous cognitive distortions make us vulnerable to cognitive sadness, to depression, and people who frequently suffer from them tend to have low self-esteem.

As such, let us look at the 11 distortions that your mind makes with respect to reality and let us define what they are made of and how they are manifested so that we can then explain why they show up.

The 11 distortions that your mind makes with respect to reality

Cognitive distortions stop us from seeing things the way that they really are, that is, they deform reality by only focusing on a certain aspect of it.

Explanation of these cognitive distortions

The essential elements in Beck’s theory of depression are going to be schema, automatic thoughts, and the cognitive distortions that we just spoke about.

Cognitive schema are suppositions and basic beliefs with respect to reality. Automatic thoughts are irrational, inadequate, and involuntary reflections that are experienced as being plausible.

Finally, cognitive distortions are systematic errors that come about during the processing of information. Therefore, erroneous cognition is a central element in a person’s discomfort.

All of these schema are formed during childhood and they can be activated through a stressful event in adult life that connects to a piece of the person. After its activation, we process everything with that negative schema, which leads to the appearance of cognitive distortions and automatic thoughts. It is here that the cognitive triad of depression appears: negative vision of myself, of the world, and of the future.

In order to clarify these concepts, let us look at an example:

“Mary is a girl who from childhood on has been a witness to the repeated mistreatment of her mother by her father. On the other hand, the mother has told her that this is normal, because all men are the same once they are married.

Mary accepts this and is going to have a negative schema with respect to relationships with men that is going to be activated if she experiences a stressful situation similar to the one that gave rise to that schema. Years later, her boyfriend yells at her and that schema that “all men are bad and abusive” will automatically be activated.

From then on, all information will be processed by that schema and automatic thoughts will arise with respect to the nature of what her partner does, e.g. “All the harm that he does to me is for my own good.” Cognitive distortions will be activated when she processes information, such as emotional reasoning: “I feel like I am going to die and I will not be able to stop it.”

All of this will contribute to the activation of the COGNITIVE TRIAD of depression in Mary’s mind: a negative vision of herself, of the situation, and of the future.

How to treat our depressive schema, thoughts, and cognitions

The best way to treat depression that has been caused by this way of processing information is through “Beck’s Cognitive Therapy for Depression.”

Beck’s Cognitive Therapy is very complete, with an educational phase, a skills training phase, and application to real life. Many techniques are used to put in doubt or break down all of those erroneous cognitions that are drowning them further and further in the well of depression.

Some of these techniques are giving themselves credit again, the search for alternate interpretations, questioning the evidence of those schema, and answering the catastrophic predictions that we incessantly make.

In this therapy, the patient-therapist relationship will be of the utmost importance. Furthermore, this treatment is efficient, particularly when it addresses the behavioral side of things. Tt is good to do things and activate ourselves, even if we feel bad and keep having these cognitive distortions. Sooner or later, with the energy that gives us movement and the reinforcements to obtain our goals, they will collapse.

Psychology
Look Around: You Aren't the Center of the Universe

We all know people who think they're the only inhabitants of the world. No matter what happens, these people always…