Conscientiousness - Self-Discipline and the Road to Success

If you want to be successful, you need more than intelligence or talent. Scrupulousness is one of the personality traits that give you the discipline and direction you need to reach your goals. 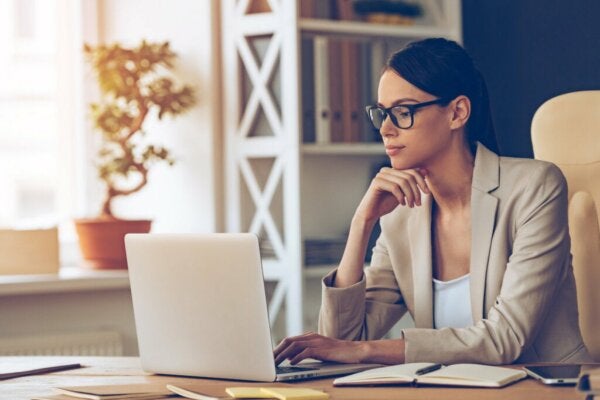 What do we know about the psychology of conscientiousness? The world of human resources and personality theories tend to associate it with success and being able to reach important goals.

Is this true? Are conscientious men and women more competent and capable than the average Joe? Scientific studies seem to support that theory. Researcher Paul Tough, the author of How Children Succeed: Grit, Curiosity, and the Hidden Power of Character, points out that the people who tend to reach their life goals have this trait.

Not everyone considers conscientiousness positive, however. Some people mistrust conscientious people because they can be extremely demanding perfectionists. Conscientiousness doesn’t allow any space for neglect, mistakes, or procrastination. Others might view them as workaholics who are overly focused on success.

It’s true that popular culture tends to portray this personality type in a negative light. But if you analyze it more closely, you might be pleasantly surprised.

As social science research reveals more about conscientiousness, we’re learning that it’s as desirable as it is beneficial in nearly every way. Studies such as this one conducted by psychologist Brent Walter Roberts at the University of Illinois argues that scrupulousness is a construct that’s closely linked to quality of life.

In addition, human development, business, and personal growth experts tend to consider conscientiousness one of the main indicators of success over the course of people’s lives. Do you think we’re exaggerating? If you analyze it more in detail, you’ll find that it’s usually more positive than excessive.

Angela Duckworth, a psychologist at the University of Pennsylvania, wrote a book called Grit: The Power of Passion and Perseverance. In it, she talked about how people become successful. She argued that talent and intelligence aren’t the variables that lead to happiness or success.

Instead, one of the traits that can help you the most is conscientiousness. This is because it encompasses perseverance, being goal-oriented, and the day-to-day effort towards getting what you want.

Conscientious people also show a high level of self-control, work ethic, and responsibility to themselves and their goals. These are all rungs on the ladder to authentic success.

Conscientiousness is the opposite of impulsivity. People with this personality trait never act without thinking and leave nothing to chance. They’re planners and perfectionists. Conscientious people also set daily achievable goals for themselves that they can fulfill with ease.

Also, they take responsibility for themselves in every area of their lives, always striving to perform to the best of their ability.

Conscientious people are diligent and meticulous. If a problem comes up, they don’t lose their cool. Instead, they just focus all their resources on figuring out a solution.

They aren’t perfect. But when they make a mistake, they rarely get upset. They’re highly resistant to frustration, which allows them to learn from their mistakes and try new ways of doing things.

What you show to others matters

The image you project to other people is also part of who you are and is an important part of conscientiousness.

People with this personality trait consider themselves competent and they try to show it to other people.

The art of deliberation

The fine art of deliberation leads to more effective and successful decisions. Conscientious people make this happen because they focus on the ability to deliberate correctly. That means that, before reaching any conclusions, they meditate and reflect on every aspect and variable.

It’s never good to rush these things either. Ideally, you should reflect before you act.

Self-discipline goes hand-in-hand with conscientiousness. Following a schedule, setting daily goals, doing a little better every day, demanding a lot of yourself, and self-control are the foundations of this personality trait.

One thing that defines conscientious men and women is consistency. Their self-discipline isn’t limited to their professional lives and their desire to achieve their goals. For these types of personalities, self-care is also important. As is their quality of life and their relationships, among other aspects. A full life requires discipline and the wisdom to know what the best choice at every moment is.

In conclusion, conscientiousness is, above all, having an internal locus of control. When your competency, effort, and determination are at the helm of every situation, you’ll feel a greater sense of existential satisfaction. You can develop this personality trait. It’s never too late!

9 Self-Discipline Strategies That Work
Self-disciplined people are made. Through these individuals, we can learn a lot about how they kicked their tobacco habit, lost weight, trained for a Read more »
Link copied!
Interesting Articles
Personality Psychology
Narcissism in a Relationship