Decision-Making Fatigue, the Web that Traps You

Decision-making fatigue is one of those factors that subtly affect your quality of life. What does it consist of and how does it do so? Well, that's the subject of today's article. 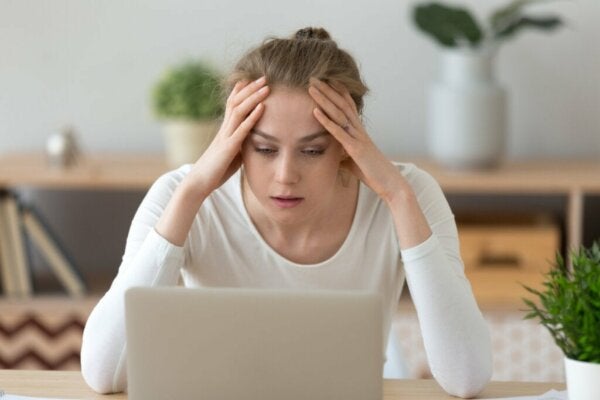 Decision-making fatigue may be affecting you without you even knowing it. It may seem implausible but scientific research established that an average person makes about 35,000 decisions on any single day. That’s a good enough reason to be exhausted, isn’t it?

This flow of decisions goes unnoticed because most of these determinations involve trivial matters. “Should I get up or sleep for five more minutes?” “What should I wear?” “What should I have for breakfast? I’m already late!” As you can see, it isn’t uncommon for people to suffer from decision fatigue.

Social psychologist Roy F. Baumeister coined the concept of decision fatigue. He clearly warned that “No matter how rational and high-minded you try to be, you can’t make decision after decision without paying a biological price”. Precisely, fatigue is the price you pay and you make many mistakes as a consequence.

All types of fatigue reduce your capabilities and potential and also make you feel like you could go to sleep in the middle of an afternoon without understanding why. You haven’t really overexerted yourself, after all. This is because fatigue accumulates and begins to affect you over time. The stress increases and you become less efficient.

You’ll most likely begin to develop an apathetic attitude if you get caught in this web. It’s all the same to you and you just want to complete your tasks as quickly as you can so you don’t have to do anything else. You feel like you have no ideas and you’re brain dead because you’re quite fed up with your routine.

The truth is that human beings have a limited amount of mental energy. The brain isn’t a machine we can constantly work without it leading to negative consequences. Mistakes, bad decisions, procrastination, and emotional distress are all the result of fatigue. So what can you do about it?

The human brain works much better when it has patterns it can systematically apply with little variation. Thus, the best thing you can do to avoid decision fatigue is to automate everything you can and follow a routine. The more structured, the better.

But, wait… Doesn’t that make you a robot? Well, yes and no. You manage to do what you have to do and are more efficient when you follow a fixed routine. The best thing is you free the brain from many unpleasant tasks and leave room for creativity and higher thinking to flourish.

What can you automate? For instance, Barack Obama decided beforehand which outfit he would wear to all gala events, for seven years. Angela Merkel has a list of complete outfits ready and doesn’t spend time trying to find something to wear. You can start by deciding what you’re going to eat every day, etc. The idea is to reduce the number of daily decisions.

Is it boring to plan everything in advance and have a fixed routine? You’re wrong if you think so. In fact, studies indicate that those who plan their routine and stick to it are happier. Specifically, they aren’t afflicted by decision fatigue.

Other keys to avoid decision-making fatigue

In short, reserve the second part of your day for anything that isn’t too demanding. This doesn’t only help you to be more efficient but also impacts your mood. In other words, it helps you feel more effective, less exhausted, and more projected.

Another key to avoiding decision fatigue is to block out everything that can distract you, such as reading your messages. Finally, reserve a couple of hours of every day to attend to those things that aren’t too demanding but that can increase the stimuli you’re exposed to and also force you to make many small decisions.

Decision-Making with Mindfulness
Decision-making with mindfulness is a conscious process to focus your attention on the present to avoid thinking in "auto-pilot". Read more »

Personal Development
Changing Your Thoughts May Change Your Destiny

You may hear this quite frequently. "If you want to improve your life, you must think differently". It sounds good,…