Read all about coincidences and opportunities in this interesting article! 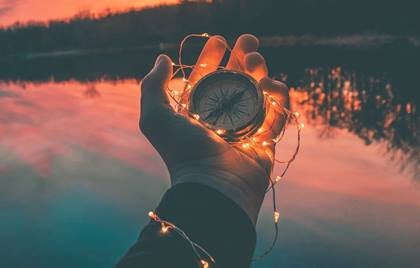 Some coincidences and opportunities go beyond mere chances for many people. It’s fate tracing a route, bits synchronicity that often leaves us amazed because there’s no logical explanation to something that happens. All of us have experienced something like it in one way or another. Even though science questions the importance of such events, there’s one side of it that nobody can deny.

Coincidences bring about valuable opportunities to reflect upon ourselves and our surroundings. For example, when we suddenly run into that childhood friend as they go into a bookstore to buy the same book we just bought amidst our frantic daily lives. It definitely makes the world stop for a moment and we can forget the pressure, routine, and duties just for a moment.

This kind of surprise is an amazing break from our reality in which we can limit ourselves to appreciate such a coincidence. It’s that moment when we can allow ourselves to be embraced by the unforeseen. A time to delight in magic.

However, there’s something more relevant beyond this nuance: every coincidence is the door to an opportunity. It’s that spark of destiny that everyone must interpret with openness, intuition, and creativity in order to make sense and be able to transcend.

“People are entirely too disbelieving of coincidence. They’re far too ready to dismiss it and to build arcane structures of extremely rickety substance in order to avoid it.”

What does science say about coincidences and opportunities?

Josh Tenenbaum from the MIT Department of Brain and Cognitive Sciences says that coincidences are a strange paradox. On the one hand, and at first glance, they seem to be rather irrational. However, if there’s one characteristic that science can assume is that a good part of the most amazing discoveries usually stem from amazingly random events.

As contradictory as it may seem, science always has a great interest in this type of event. For example, mathematicians Persi Diaconis and Frederick Mosteller conducted a study in 1989 to describe a method with which to match coincidences. What they demonstrated is that even though truly significant coincidences occur with low frequency, they still happen. They also emphasized something else, that coincidences are so in the eye of the observer.

That is, only those who are able to appreciate the transcendence behind coincidences and turn them into opportunities can take advantage of what life puts in front of them. This is what Carl Jung defined as synchronicities. According to the Swiss psychiatrist, some events connect to each other, and not necessarily by simple cause and effect. There are times when external events happen in accordance with our internal emotions and needs at any given moment.

Coincidences are opportunities to react

Marc Holland is a psychologist and one the authors of the book Synchronicity: Through the Eyes of Science, Myth, and the Trickster. He has an interesting take on this subject. What he says is that the reason why these phenomena arise is to make us feel something. That all these events make an impact and invite us to deeply reflect on the mysteries of life.

Here’s a simple example. A few months ago, you met a person whom you were attracted to during a training course. However, you didn’t have a chance to talk to them. It’s now several months later and you still remember their face. Then, suddenly, you see this person from afar one fine afternoon, while shopping at the mall.

Astonishment is the first thing that such a meaningful coincidence (or synchronicity, connecting an internal desire with an external event) leads to. Then appear the restlessness and repressed emotions that keep you from knowing how to react. Unfortunately, doing nothing is missing an opportunity. This is because an unexamined and unexploited match is like an unopened letter. You’ll never know what destiny had in store for you.

Are coincidences and opportunities created?

A few decades ago, many psychiatrists around the world, as well as physicists, scientists, economists, and journalists, created the Serendipity Society. Its objective is quite simple. All they want is to understand the coincidences phenomenon.

However, the fact they’re already missing is that coincidences are created. What happens in front of us depends on our personality, openness, and curiosity. On a person’s ability to observe and appreciate meaningful events. Thus, someone who rarely looks around, who seldom changes their routine and has an inflexible mind, will never appreciate this phenomenon.

Once again, it fulfills the idea of mathematicians Persi Diaconis and Frederick Mosteller. They insisted that chance is in the eye of the beholder. Carl Jung, on the other hand, defended the theory of unus mundus (Latin for “one world”). He claimed that the psychic and material worlds are in fact the same entity. That the observer and their reality would, therefore, be the same thing.

Something that scientists don’t deny, beyond Jung’s theories, is that coincidences occur because we make them possible sometimes. If a scientist didn’t experiment with certain elements, then amazing opportunities wouldn’t occur. Thus, if we stayed at home and didn’t look at the world with childlike curiosity, confidence, and openness, then we wouldn’t appreciate the magic of chance.

Do remember a simple rule though: coincidences happen so that you can take advantage of the opportunities they offer you.

We Can’t Change Our Opportunities, but We Can Change Our Attitude
We can wait for the perfect opportunity to show up and it never will. So now what can we do to be happy? We must change our attitude. Read more »
Link copied!
Interesting Articles
Curiosities
Gaia's Dreams Project and Global Consciousness

Are you familiar with the concept of metabolic stress? Do you link it to physical activity? This concept alludes to…