The worst disasters are always the ones you create in your head. Why are we often the authors of the most cruel and pessimistic visions of our own futures? This interesting theory offers one explanation. 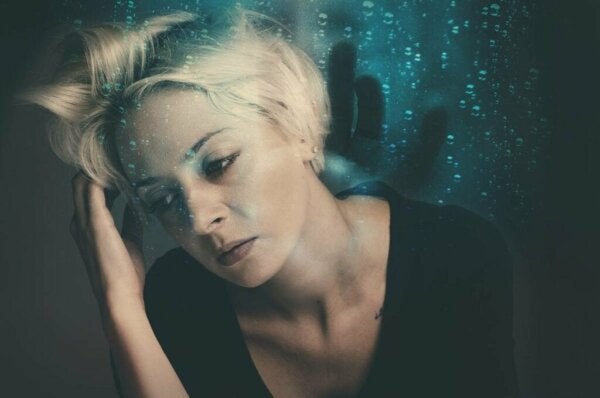 Everyone does it. We’re constantly creating movies in our heads about our own future. Some of them are positively Oscar-worthy. You imagine catastrophic futures, create drama where there isn’t any, and come up with strange explanations for things around you. These baseless and often nonsensical deductions are the basis for the subject of our article today: Chris Argyris’s ladder of inference theory.

If the name doesn’t sound familiar, he was the man who proposed the human behavior theory for organizations. A psychologist, economist, and Harvard professor, Argyris made a name for himself by helping us understand the connection processes between people, how we make decisions, and how they impact us in different social settings.

One of Dr. Argyris’s most interesting contributions was his theory of inference. In other words, the way we give meaning to things in our minds and how that influences our actions. This is a fascinating subject for reasons we can all understand. After all, how many times have you interpreted things in ways that weren’t only wrong and made you feel bad but also led to very bad decisions?

People constantly make up stories in their heads about the people and events around them. You imagine that your partner is lying to you, your two coworkers hate you, or your professor has it out for you. These kinds of inferences affect you in two ways: 1) they limit your quality of life because they’re often untrue and 2) you get stuck in vicious cycles of suffering because you’re giving value to ideas that have no foundation. Let’s delve a little deeper.

The ladder of inference

Humans aren’t the most pragmatic beings. We often add two and two together and get… five. Last week, when you saw your neighbor come out of his house crying, you decided he must have broken up with his girlfriend. Or when your boss was arguing with someone at work, you told yourself that he was going out of business and you should look for another job ASAP.

Making inferences, drawing your own conclusions, and inventing stories in your mind is very, very human. Everyone does it to some extent. However, some people are especially skilled in producing mental movies. This phenomenon happens for a few reasons.

All of these factors can lead to some serious misunderstandings. After all, you end up erroneously attributing things to people and situations, which unsurprisingly causes problems. One way to be more away and more in control of these processes is to learn about theoretical approaches to these very human tendencies. In this case, a useful theory is Chris Argyris’s ladder of inference. Argyris’s work can help you have a better understanding of how your brain works when it comes to decision-making.

What’s the ladder of inference theory?

Chris Argyris and Peter Senge proposed and explained this theory in their book titled The Fifth Discipline: The Art and Practice of the Learning Organization. The theory was designed in the context of organizations, seeking to explain why people make bad decisions in the workplace.

The authors used the metaphor of a ladder to explain the process by which people arrive at certain conclusions. The rungs on the ladder represent the following:

Your beliefs influence this whole process. They determine how you select certain information and ignore the rest. They also filter your reality and often make you jump from an observation to a conclusion in a millisecond.

How to use the ladder of inference to your advantage

Now you know that the brain doesn’t tolerate uncertainty, which is why it often jumps to quick (and often incorrect) conclusions. You also know that this process leads to decisions that can be harmful and create conflict with other people.

Chris Argyris’s ladder of inference provides some strategies for how you can avoid jumping to conclusions. His theory allows for decisions and actions that are more objective and result from important reflection. Here’s how:

The six steps for better decision-making

The ladder of inference assumes a certain level of responsibility and mental effort on your part. Being able to stop before you assume things and opening your mind will help ensure that you don’t draw erroneous conclusions.

Here are the steps you should take for more accurate inferences:

In conclusion, we’ve all created these stories in our heads that have very little to do with reality. They’re imaginary but they can cause real damage to yourself and others.

Try to avoid these situations by slowing down. Try to be objective. Leave your assumptions and prejudices at the door. You’ll be happier, and so will those around you.

Which Area of the Brain is Responsible for Pessimism?
Experts have identified the region of the brain that might be responsible for pessimism. The cause appears to be overstimulation of the caudate nucleus. Read more »
Link copied!
Interesting Articles
Theories
Magda B. Arnold's Appraisal Theory of Emotions