The actions of Carl Müller-Braunschweig sparked strong controversy within the psychoanalytic movement. He apparently collaborated with the Nazi regime to keep Freud's theses updated. 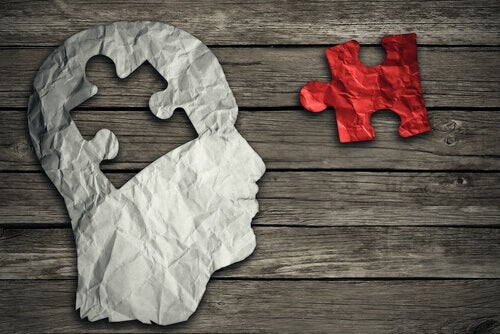 The story of Carl Müller-Braunschweig is one of those bleak pages in the path of psychoanalysis and wrote some interesting literature about ethics. However, many question his analytical practice as he collaborated with the Nazi regime during World War II.

This position has and continues to be the subject of much debate. On the one hand, some think that psychoanalysis should have served as a tool of such a perverse regime. It’s a contradiction, in fact, as such an ideology is an affront to mental health in itself.

“Official acceptance is the one unmistakable symptom that salvation is beaten again, and is the one surest sign of fatal misunderstanding, and is the kiss of Judas.”

On the other hand, some people think that psychoanalysis is a scientific practice, subject to the laws of epistemology, and that, therefore, it’s above ideologies or forms of power. In this regard, it doesn’t matter if it’s advanced within the framework of a fascist state or a liberal one. Finally, the only important thing is that it conforms to the methodological statutes that govern it. Carl Müller-Braunschweig agreed with this position.

Carl Müller-Braunschweig was born on April 8, 1881, in the town of Braunschweig. He added the name of his original town to his own. His name at birth was Carl Müller, and he was the son of a popular German carpenter.

He received extensive training in philosophy. Some of his teachers were Crock von Brockdorff, Jonas Cohn, Carl Stumpf, Paul Menzer, Georg Lasson, and Alois Riehl, among others. They were all great thinkers of the time. Carl Müller-Braunschweig also trained in physics, biology, anthropology, history, psychology, chemistry, and economics. Later, he obtained a Ph. D. in Philosophy in 1905 at the Free University of Berlin.

There, he heard the psychoanalytic ideas that immediately caught his attention and met the psychoanalysts Karl Abraham and Hans Sachs. Psychoanalysis captivated Müller and became a true follower of Sigmund Freud’s ideas. But, finally, his career leaned more towards bureaucratic activities than psychoanalysis.

Most of the pioneers of psychoanalysis were Jewish. With the gradual rise of Nazism, they questioned his position. Back then, psychoanalysis was still a new field and only aroused the interest of some intellectual groups, which corresponded to small sectors of the upper-middle classes. In other words, too many people weren’t interested in protecting psychoanalysis.

Nazism demanded the dismissal of all Jews in scientific entities or organizations. At that time, the most important psychoanalytic organizations were in the cities of Berlin and Vienna. It was then that Carl Müller-Braunschweig became the head of a German organization the Nazis called the German Psychoanalytical Association.

The new institution was at the service of the Nazis who, shortly after, began to refer to it as the Göring-Institut in honor of its founder, Mathias Göring. He was the first cousin of the well-known Nazi marshal. Freud requested that psychoanalysis be maintained in Germany, even if they didn’t preserve his name. The Nazis were interested in it, but they wanted to erase all Jewish footprints from it.

Carl Müller-Braunschweig’s position was ambiguous. He preserved psychoanalysis, but at the same time, conformed to Nazi demands. From 1938, Müller entered a depressive crisis. Such episodes became recurrent throughout his life. Towards 1946, when the war ended, he undertook a work of reconstruction of psychoanalysis in Germany. He did so along with Ernst Jones and Anna Freud.

Later, John Rickman was to visit Germany in order to evaluate those at the forefront of psychoanalysis in that country. The mission: to determine if they could lead the task of training new analysts. In his opinion, Carl Müller-Braunschweig couldn’t do this job. Thus, he supported his position in the latter’s evident psychic deterioration. In any case, some speculated Rickman did so as retaliation for Müller’s commitment to the Nazis. Thus, it was a sort of punishment for Carl’s ambiguous position.


In 1950, Müller-Braunschweig founded a new psychoanalytic organization that, over time, gained the recognition of the international community of psychoanalysts. Subsequently, Müller dedicated fully to his private practice and to his job as a teacher at the Free University of Berlin. Much of his writings are an attempt to justify his collaboration with the Nazi regime. He died in Berlin on October 12, 1958.

Müller’s is a somewhat obscure story, no doubt. It shows how political and international conflicts can exert influence on psychoanalysis. In some historic situations, it’s hard to maintain a neutral position or take a stand.

As we mentioned at the beginning of this article, some people think that, regardless of who’s in power, the most important thing is to be able to develop and continue advancing research. Of course, certain questions of ethics and morality come into play at this point. Therefore, should people comply for the sake of preserving research? Or is it better to resign and try to fight even when it’s clear you’ll lose the battle? It’s easy to say that research and science must be far above political or economic interests. However, this is easier said than done.

Facing the Consequences
We've all encountered people who set expectations, commit to something, and then don't show up. Facing the consequences of our actions is part of life. Read more »
Link copied!
Interesting Articles
Biographies
Rosa Parks - A Lesson in Social Psychology