Josef Breuer: The Forefather of Psychoanalysis

Josef Breuer was a meticulous researcher who made important contributions to medicine and physiology. He was also Sigmund Freud's teacher and friend. Breuer paved the way for what would become Freudian psychoanalysis. 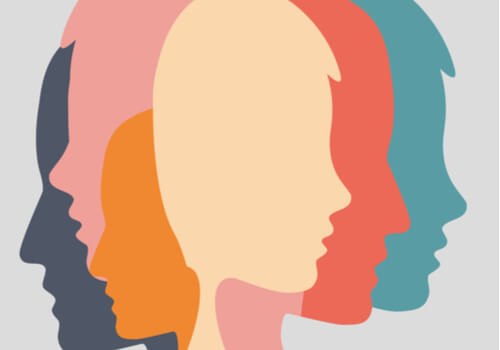 Josef Breuer was a distinguished doctor and physiologist who played a crucial role in the genesis of psychoanalysis. He was close friends with Sigmund Freud, who saw him as a father figure. The two men greatly admired and respected each other, and the friendship was important for both of them.

Together, they edited the first edition of Studies on Hysteria, the foundational work of psychoanalysis. He was also the first to treat Anna O., the patient who became famous because she was Freud’s guinea pig for the psychoanalytical method. Breuer met her first but then sent her to Freud’s office.

This brilliant Austrian doctor also discovered the relationship between breathing and body temperature and the inner ear and balance. Historians also consider him to be the creator of the Cathartic method, a precursor to psychanalysis’s free association method. In this article, we’ll briefly talk about his life and go over the significance of his work.

The early life of Josef Breuer

Joseph Breuer was born in Vienna, Austria on January 15th, 1842. His father was an important figure in the Jewish community. Although Breuer was never very religious, he didn’t deliberately distance himself from Judaism either.

Breuer’s mother died when he was just four years old. After his mother’s death, he was raised by his father and maternal grandmother. In 1859, at the age of 19, he started studying medicine at the University of Vienna. There, he studied with some of the greatest scientists of the time, such as Karl Rokitansky and Josef Skoda.

He was also under the tutelage of Johann Ritter von Oppolzer, a famous Viennese clinical internist. Von Oppolzer took Breuer on as his assistant at Vienna General Hospital. Later, he started working in a lab run by physiologist Ewald Hering who did research on perception.

In the lab, he discovered the role that the Vagus nerve played in regulating body temperature through breathing. This discovery made him famous in the medical community. He also went on to figure out the connection between the inner ear and balance.

In 1871, Josef Breuer decided to open his own medical practice. He treated prestigious patients such as Franz Brentano and Johannes Brahms. He split his time between teaching and research at the Center for Physiology and Pharmacology at the University of Vienna, where he would become close friends with one of his students in 1877. That student’s name was Sigmund Freud.

Since the late 1870s, Josef Breuer felt drawn to psychology. He was very interested in hypnosis, which was very popular at the time. Some people believe that his interest in mental health was sparked because most of his patients were wealthy women with symptoms of hysteria.

Freud shared a lot of the same interests, and as time went on they became intimate friends. Breuer lent Freud a significant amount of money so that the future father of psychoanalysis could set up his private practice. He also advised him to start studying medicine. Their curiosity and interests led the two friends down the path to unintentionally specializing in mental disorders.

Josef Breuer was the first to work with a patient by the name of Anna O., who would eventually make history for her work with Sigmund Freud. Breuer used hypnosis to treat her and they were making good progress. However, Anna O. was especially fond of the doctor and it made him uncomfortable. Their professional relationship ended when a delirious Anna O. claimed that she was going to give birth to Dr. Breuer’s child.

Breuer decided to refer his patient to Freud, a move that ended up having repercussions for the theoretical development and practice of psychoanalysis. It was also the event that would eventually destroy the friendship between these two famous Austrians. When he finished with Anna O., Freud was ready to publish a definitive theory about hysteria. Breuer, however, didn’t agree with Freud’s theory.

One sign that their relationship had deteriorated was that Breuer asked Freud to pay back the money that he owed him. On top of the theoretical disagreements they already had, this essentially destroyed what was left of their friendship. It’s worth mentioning, however, that Breuer never stopped following his brilliant student’s career.

When Breuer died in 1925, Freud sent his condolences to Breuer’s son. His son responded that his father had never lost interest in Freud’s work and advances in psychoanalysis. Freud responded: “What you’ve said about your father’s relationship with my later work is news to me, and cures a painful wound that never healed”.

Thus, one of the most fruitful relationships of that age came to a bittersweet end. Their mutual admiration never stopped, but their differences were stronger than their friendship. Today, both men are well-known, although Freud’s name is more familiar to laypeople. Nevertheless, it’s important to remember the essential contributions that Josef Breuer made to the field of psychoanalysis.