All About Hanns Sachs

Hanns Sachs's biggest contribution to the world of psychology was applying the psychoanalysis thesis to the interpretation of works of art. Sachs defined art as the fruit of civilization's collective dream. 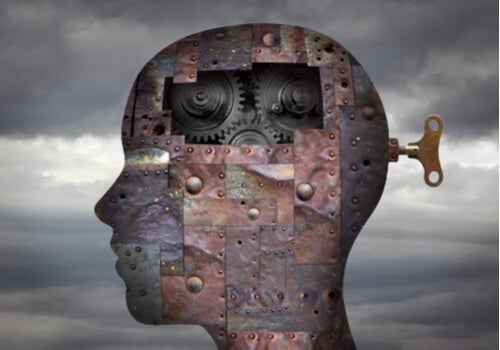 Hanns Sachs was the kind of psychoanalyst who didn’t quite fit in with his contemporaries. While his name isn’t well known, he made important contributions to Freud’s doctrine. He was also an excellent teacher and was the first to apply the psychoanalytic theory to works of art.

Unlike many of his peers, Hanns Sachs had an essentially relaxed attitude towards life. This allowed him to gracefully adapt to different situations and made him a lot of friends. However, it also elicited a rather aggressive comment from Freud on the subject. He had a weakness for romance, good wine, and good food. Sachs was also passionate about literature.

“My friend, this is truly the Poet’s task, that he note and study his dreams. Believe me, man’s truest fancy is attained by him in dreams. All poetic art is nothing but the interpretation of true dreaming.”

Experts also consider Hanns Sachs to be one of the preeminent biographers of Sigmund Freud. He talked about Freud in his memoir, which he published in 1945. There, he expressed affection and admiration for the father of psychoanalysis. Sachs’s text was required reading for those who would later write the history of this humanist trend.

Hanns Sachs, the lawyer who became a psychoanalyst

Hanns Sachs, like the majority of first-generation psychoanalysts, was from a Jewish family. His father was a prominent jurist with a stable financial position. Hanns was born in Vienna, Austria, on January 10th, 1881. He studied law at the University of Vienna and got his doctorate in 1904.

Sachs performed perfectly well as a lawyer, but when he read The Interpretation of Dreams, by Sigmund Freud, he felt a growing passion for psychoanalysis. The book had such an impact on him that he wanted to delve deeper and learn more about it. He started regularly attending Freud’s lectures. One day, he decided to visit him, and took as a gift a translation of Barrack-room Ballads, by Rudyard Kipling.

That was the beginning of a life-long friendship. Hanns Sachs was fascinated by Sigmund Freud. He started to see him regularly and, in 1909, joined the famous Wednesday Psychological Society. There, he became an orthodox follower of Freud’s thesis and would remain so until the end of his life.

Hanns Sachs also joined the so-called “Secret Committee”. He was, without a doubt, one of Freud’s closest disciples. He started Imago journal with Otto Rank and became its editor in 1912. This iconic psychoanalysis journal sought to disseminate Freud’s thesis to all the social science fields.

In 1920, Sachs settled in Berlin. There, he began his work in education, training new psychoanalysts. Endless students passed through his doors. They sought him out because they believed he was a great teacher. In fact, Erich Fromm did his educational psychoanalysis with Hanns Sachs. At the time, the regulations were very lax, so it wasn’t strange for Sachs to go on vacation with his patients, and the patients of colleagues.

Sachs admired Freud so much that he had a bust made of him for his clinic. He placed it right in front of the couch where he saw patients. In 1925, he and Karl Abraham supervised the scriptwriting for a silent film called Secrets of a Soul. Most people recognize this film as the first movie inspired by Freudian theories.

In 1932, the Boston Psychoanalytic Society and Institute invited Hanns Sachs to give several lectures. He took advantage of the opportunity to settle in the United States because he’d been watching the steady rise of the Nazis in Germany and the resulting atrocities. He also knew that North American psychoanalysts were suspicious of those who practiced psychoanalysis without a medical license. Thus, he only accepted the invitation with a guarantee that he would have eight sessions a day.

Although there was always a certain degree of conflict between Hanns Sachs and the more orthodox psychoanalysts in the United States, Sachs was one of the immigrant psychoanalysts who best adapted to life there. He managed to make a comfortable life for himself, and provide himself with the luxuries that he so enjoyed. That’s why Freud, in one of his letters, talked about Sachs in rather harsh terms. He said, “The vulgar side of him that has always been there has become even more defined. A true new money rich man. A fat, pretentious, snobby show-off, captivated by America or seduced by the great success he has achieved”.

In spite of all that, the loving biography that Hanns Sachs wrote about Freud shows that he always cared for and admired his great teacher. Freud also directly quoted him in Psychology of the Masses and, on another occasion, he called Sachs “the only friend I have in the United States.” Sachs died on January 10th, 1947, in Boston.