Both in conference rooms and psychology classrooms, the number of women in attendance is still often noticeably higher than men. So why do more women study psychology? 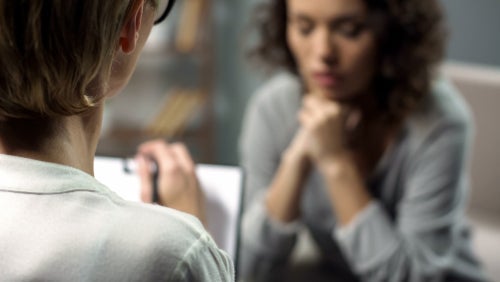 It’s becoming more and more noticeable that more women study psychology than men. In this article, I’ll be analyzing this curious phenomenon.

It’s been 40 years since I got my degree in psychology. I studied in Buenos Aires, during a difficult time. The military had closed the university where the educational sciences, philosophy, sociology, and psychology degrees were based on. This was because they were considered degrees with “leftist ideologies” and, therefore, “subversive”.

However, some private universities offered psychology degrees, despite the fact that ultra-right-wing governmental vigilante groups were spreading lies and discrediting them.

Thanks to these private universities, psychology continued to develop; mainly clinical psychology. This was in contravention of a law imposed by another de facto government that reduced the work of the psychologist to that of administering mental tests.

Trainees would take a six-month course at a specialized institute and would train in psychoanalysis, which was the most important area at that time. This would equip them to practice behind closed doors and without attracting attention.

At that time, approximately 60-70% of the students were female, while 30-40% were male. I was always struck by the gender bias in certain professions. People considered certain professions to be more suitable to either men or women, based on the tasks to be carried out, the supposed expertise required, supposed difficulty, or simply due to the social acceptance at that time.

Nursing or teaching careers were predominantly female, while engineering was dominated by men. Others were exclusively masculine, such as car mechanics, or exclusively female, such as gastronomy.

Others, such as medicine or architecture, were more spread out between both sexes. But what determines this bias? What characteristic biological gender patterns form this decision?

It’s also quite noticeable how these choices have changed over the years, in accordance with changes in society. For example, degrees in gastronomy have overwhelmingly moved into the male territory and the specialization of surgery in medicine is now more spread out between men and women.

Over the years, the psychology world has achieved a predominantly female bias. For example, psychology faculties in all Argentinean universities are experiencing a significant increase in female students.

It seems that the profession of a psychologist has started to “belong” to the female sex. And not only in Argentina, as this has spread throughout Latin America in classes, conferences, and seminars. Many places in Europe and the United States have 90% or more female students. So, why do more women study psychology?

The research team in Neurosciences and Social Sciences in the Argentine Systemic School (LINCS) decided to look into this phenomenon. First of all, they asked psychologists what they believe to be the main factors in order to effectively work as a psychotherapist.

From this research, they drew conclusions based on neuroscience and social neuroscience and on male and female brain disquisitions. This is despite the fact that opinions are currently divided on this distinction. They studied different hormones, neurotransmitters, and areas of the brain in both sexes in order to explain this female gender bias. Of course, we should emphasize that these are general conclusions.

Below, I analyze the findings that may explain why more women study psychology.

1. The ability to relate facts and emotions

This causes greater understanding and emotional empathy. It creates the ability to deal with situations on an emotional level and with true concern, and with an emphasis on creating a true bond with the patient. It unites what the patient tells the professional with the emotions. This is very important in a therapeutic relationship.

2. Loquacity and the ability to translate thoughts into words

The female brain has a higher percentage of neurons in the areas devoted to language. Women tend to develop a better command of rhetoric and vocabulary early on. This is in contrast to men, whose influx of testosterone in adolescence tends to desensitize them and leave them lost for words.

Experts estimate that a woman speaks about 8000 words a day, while men only speak 5000. The correct use of words in therapy sessions is fundamental, as it’s the main vehicle for presenting and explaining information.

3. The capacity to associate memory and recall

The hippocampus is the brain’s central area for learning and memory, and it’s bigger in the female brain. One of the most important aptitudes of an expert in clinical psychology is, without a doubt, memory. They need to be able to access an exhaustive database of information that will help them link factors in the patient’s medical and psychological history to what the patient is currently experiencing.

4. The capacity to observe details and the use of paraverbal language (what’s spoken and how)

The female brain has a greater peripheral vision, thanks to the superior development of cones and rods. This enables them to observe smaller details that men may not notice, such as gestures, body language, actions, etc. This, along with their memory capacity, constitutes a powerful tool in their therapy sessions.

This 180% peripheral vision is an epigenetic product of their initial instinctive role of looking after their young. This is a great help in developing their role as a psychologist.

5. Empathy – the ability to put yourself in another person’s shoes

The mirror neurons are the starting point for relational empathy. Although they aren’t an exclusively female domain, they do have an influence in explaining why more women than men study psychology. These neurons are favored by the capacity of feminine observation and mnemonic registry.

The capacity of observation describes and records details regarding attitudes, gestures, and speech intonation. These are elements that are extremely useful when empathizing with the patient and will increase the chances of having successful therapy sessions.

6. Multi-tasking (the ability to perform several actions at the same time)

As there’s greater interhemispheric connectivity through the fibers that circulate in the corpus callosum of the female brain, a woman psychologist is, in general, more able to do several tasks at once in the therapy sessions. Examples of this are being able to think, remember, and analyze past sessions, at the same time as watching body language and listening to the patient speaking.

We’re emotional and social beings. The oxytocin that circulates around our brain (secreted by the neurohypophysis) is activated in situations of paternity and generosity. It’s a hormone that makes the professional more caring and supportive.

Emotional support, on the part of the psychologist, is one of the most important aspects of the therapeutic relationship. In general, patients come to the sessions with a significant amount of anguish and anxiety.

For that reason, the psychologist doesn’t just try to solve the problem; they must also create an atmosphere where the patient can feel that they’re supporting them emotionally, protecting them, and really hearing what they’re trying to say.

While testosterone makes men a touch more “rough”, women possess a higher degree of aesthetics. They tend to have more concern for their own body and, as a result, they’re able to observe the patient’s body and express themselves more fully with them.

Along with their ability to make acute observations simultaneously, the ability to speak the patient’s language is something that greatly favors the effectiveness of the therapy sessions.

This ability enables them to copy, in a subtle way, both the patient’s verbal and paraverbal language. By doing this, they can get across their message more effectively, making it much more likely to be favorably received by the patient.

9. The intimacy of therapy

The combination of oxytocin and dopamine (a neurotransmitter that favors motivation and activates in challenging situations) creates the pleasure of intimacy, mainly when the woman’s estrogen levels are on the rise.

The therapy session is a very private and intimate place, where patients go to talk about their personal lives. This openness depends, among other things, on the ability of the psychologist to create a suitable atmosphere, conducive to the patient being able to share more openly. Empathy and histrionics also help the expert speak the patient’s language.

Women are generally more curious than men. They’re also more critical because their brains can observe more details about their patient’s verbal and non-verbal communication.

Along with their loquacity and rhetoric, this makes the female psychologist more interested in giving her opinion and in finding out what’s happening to the patient.

This interest will, in turn, encourage the patient to talk, reflect, and delve deeper into their personal situation.

11. The construction of hypotheses

For all of the above reasons, women can generally make more complex hypotheses about what’s happening to the patient.

They find it easier to contemplate the patient’s body language, gestures, and words, and combine them with situations from the patient’s past. Their memory and ability to multi-task will help achieve more favorable results in the therapy sessions.

The final reason that could explain why more women study psychology than men is related to oxytocin and serotonin. Both of these can help to create trust in the relationship between the psychologist and the patient.

I have already stated the fact that the therapy sessions are intimate places, where one or more patients meet with a therapist to discuss their problem(s). The patients make their choice of professional based on the sense of trust they can perceive in the psychologist. This will help them communicate personal information and believe the answers they’re given.

If we extend this analysis to emotional, cognitive, and social factors, we’ll surely continue to observe other evidence to reinforce why more women study psychology.

We should also clarify that these descriptions are general and, as such, rather relative. However, they do serve as a descriptive guide pattern that can explain the reason for women’s expertise in psychotherapy.