Alice Herz-Sommer: Biography of an Artist and Survivor

The life of Alice Herz-Sommer is proof of two great truths. The first is that a happy childhood can help you deal with life's greatest challenges. The second is that a positive attitude can help overcome any challenge. 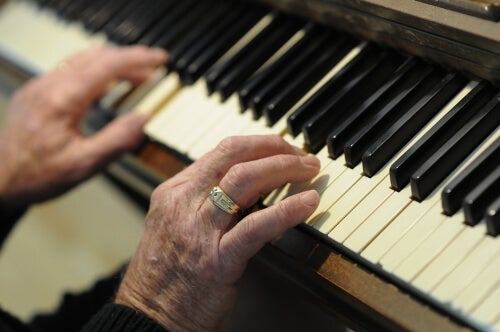 Today, we’ll learn about the life of Alice Herz-Sommer, an incredible survivor who cheated death and lived until she was 110 years old.

Why do we call her a survivor? Because she was condemned to death at a very young age. She was Jewish and was taken to a concentration camp. However, against all odds, she survived and became known as “the most optimistic woman in the world”.

In many interviews, Alice Herz-Sommer talked about her identical twin sister. In spite of their many similarities, Alice said that they had very different attitudes. She said that she was born to be an optimist and always tried to see the positive side of any situation, no matter how bad it seemed.

“I never spoke a word about it because I didn’t want my child to grow up with hatred because hatred brings hatred. I succeeded. My son had very good friends in Germany and they invited him to play and they appreciated him. And I never hated either, never, never.”

People admired Alice for her enthusiasm. In spite of her advanced age, she practiced the piano every day. When she was nearly 100 years old, she decided to go to college. She never lost her zest for learning and self-improvement. Alice Herz-Sommer is a wonderful example of longevity and optimism that all of us can learn from.

One thing that many highly resilient people have in common is a happy childhood. Alice Herz-Sommer was born in Prague, the Czech Republic, on November 26th, 1903. She came from a family of Jewish musicians who highly valued art and culture.

The most well-known artists and intellectuals of the day frequented Alice’s house. Franz Kafka was a regular. Alice’s sister even married the literary genius’s best friend. Other famous people such as Gustav Mahler, Rainer Maria Rilke, Stefan Zweig, Thomas Mann, and even Sigmund Freud visited the Herz family.

Alice loved music from a very young age. She started playing the piano when she was eight years old. By the time she was a teenager, she gave concerts all over Prague.

In 1931, Alice Herz-Sommer met Leopold Sommer, a fellow musician. They married and he became the great love of her life. In 1937, they had their first son, Raphael. However, their happiness was cut short when the Nazis invaded the Czech Republic in 1939. While most of the Jews were sent to the ghetto, Alice and her family were allowed to stay in their apartment for the time being.

Nevertheless, things quickly became difficult. As the war went on, the Czech people started to discriminate against the Jews. In 1942, Alice’s mother and Leopold’s parents received deportation letters. This devastated the family.

Alice had to take her 72-year-old mother to the deportation center. They said goodbye there and Alice watched her leave, knowing that she was heading towards certain death. That moment of helplessness was one of the most heartbreaking of her life. Decades later, the memory of her mother still made Alice melancholic and sad.

Life as a prisoner

More deportation orders arrived soon after that. In 1943, Alice Herz-Sommer, her husband, and her son received theirs. They were sent to the Theresienstadt concentration camp. In theory, the prisoners there would be spared. That turned out to be a lie.

At the camp, Alice started to play piano for the Nazis. They planned ways to exterminate the prisoners while they dined to Alice’s beautiful concerts. Alice also played for the other prisoners. In total, she said she played more than 150 concerts. She stated that her music nourished the tormented souls of the concentration camp prisoners.

Her husband was later transferred to Auschwitz. When they were saying their goodbyes, he told her: “Don’t volunteer for anything”. A few days later, the Nazis asked for “volunteers” who wanted to be reunited with their husbands. Alice remembered Leopold’s advice and rejected the offer, thus saving her own life. Alice used to say that the hardest part about the experience was watching her son go hungry. To make up for it, she tried to always keep a smile on her face.

Alice Herz-Sommer and her son were among the few survivors of that concentration camp. When the war ended, they moved to Israel. Alice decided not to live in the past and to raise her son without hate or resentment. Raphael, following his parents’ musical footsteps, became a famous cellist.

Alice died at the age of 110 in London, England. Her life is a brilliant example of the human spirit’s incredible resilience. Her legacy proves that your attitude and outlook on life can determine your future.

Imre Kertész: The Biography of a Survivor
Much of the work of Imre Kertész is based on his own experience as an imprisoned teenager in the Auschwitz concentration camp. Read more »
Link copied!
Interesting Articles
Biographies
Kurt Gödel: A Biography of "Mr. Why"