Buspirone is a different type of anti-anxiety drug with few adverse effects. Although it's mainly used to treat generalized anxiety disorder (GAD), it also has other interesting uses. 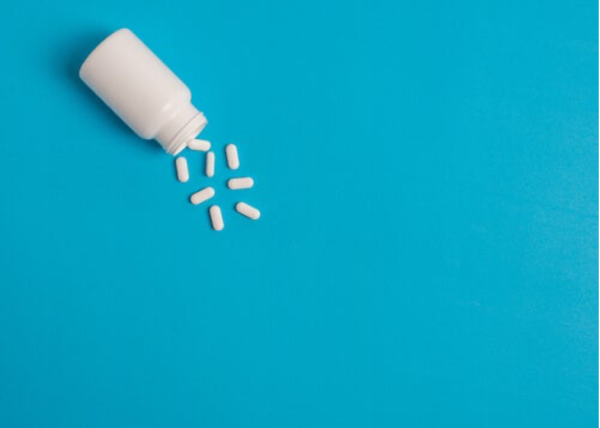 Buspirone is an anti-anxiety drug. It was first synthesized in 1968 and initially developed as an antipsychotic drug. However, it was soon recognized that its anti-anxiety effects were more useful. The U.S. Food and Drug Administration (FDA) approved buspirone in 1986.

Buspirone is an orally active drug. It belongs to the group of azapirones and it differs from other anti-anxiety drugs, both pharmacologically and structurally. Because of this, it has fewer side effects than barbiturates and benzodiazepines. However, it’s slow-acting and it takes between two to four weeks to work. Therefore, if you have an acute anxiety disorder, it isn’t suitable. However, it’s increased in popularity over recent years.

Buspirone is a drug to treat anxiety. It mainly treats generalized anxiety disorder (GAD). According to some studies, it doesn’t differ much in its efficacy from benzodiazepine treatments. It can be used as a second-line anti-depressant when selective serotonin uptake receptors (SSRIs) don’t work or aren’t tolerated, or as an adjuvant to them. Buspirone can also help relieve the sexual side effects of SSRIs.

Some studies suggest buspirone might be helpful in treating social anxiety phobia and attention-deficit/hyperactivity disorder (ADHD). It can also be used to manage agitation and aggression in patients with dementia. Recent evidence suggests that buspirone might have immunosuppressive properties. Therefore, tests are being conducted to see how effective it is in treating atopic dermatitis. Furthermore, investigations are being conducted to see if it can be used in combination with melatonin to promote neurogenesis. This would help in treating depression and cognitive disorders.

Buspirone: how the anti-anxiety drug works

Buspirone operates in a different way to other benzodiazepines and barbiturates. Unlike these anti-anxiety drugs, buspirone doesn’t affect the GABA neurotransmitter. This lack of activity in the GABA receptors has two important consequences for users of buspirone:

Buspirone doesn’t work in treating withdrawal symptoms. For example, when a patient is quitting alcohol, benzodiazepines, or barbiturates.

You can’t become dependent upon it.  And you won’t suffer any withdrawal symptoms when you stop taking it.

The specific way in which buspirone works isn’t exactly clear. It’s assumed that increased serotonin activity in different regions of the brain causes the anti-anxiety effect.

At the same time, it’s believed that buspirone exerts modifications on the 5-HT1 receptors, which is why it takes longer to work. It may also indirectly affect other neurotransmitters in the brain.

Buspirone: side effects of the anti-anxiety drug

Compared to other anti-anxiety medications, buspirone has few adverse effects. Its advantages over barbiturates and benzodiazepines include:

However, like any drug, it does have some side effects. The most common are:

You shouldn’t use this drug if you’re taking monoamine oxidase inhibitors (MAOIs). This is due to the risk of hypertension or serotonin syndrome.

In addition, you shouldn’t use this drug if you have severe liver or kidney problems. And furthermore, it can interact with other drugs. You must always ask your doctor for their advice.

Antidepressants – Different Types, Effects, and Contraindications
Depression is extremely common all over the world, so we're going to try and explain why people take antidepressants and what different kinds there are. Read more »
Link copied!
Interesting Articles
Treatments
White Noise to Help People Sleep Better

Currently, the coronavirus pandemic is posing a major challenge to society, particularly to the area of health. Due to the home confinement, the procedures we were used to are often…

Esketamine is an innovative drug with decent prospects in the treatment of depression, especially in those cases that are unresponsive…