What is Neurogenesis and Why is it Important? 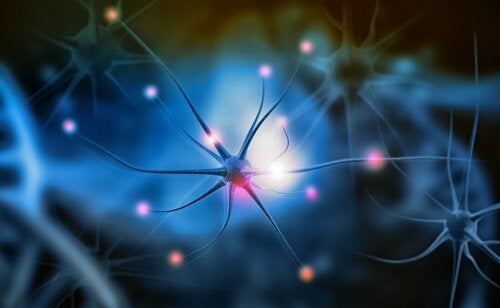 There’s a widespread myth that says neurons only form during childhood. However, this isn’t true. Neurogenesis is the birth of new cells. This phenomenon represents a key aspect in neuroplasticity and in important processes such as learning and memory storage in the brain. It’s a fundamental discovery that’s currently being researched by scientists.

Neurogenesis was discovered very recently. In the 60s, Altman and Das (1965) demonstrated this phenomenon in rodents. However, it wasn’t until 1998 when Peter S. Eriksson‘s research team discovered it in humans.

Conclusions from past research (for example, Moreno R., Pedraza C., and Gallo M. (2013)) demonstrate that we generate new cells during our adult life and it’s of vital importance to encourage their production.

Do you want to know what neurogenesis is and why it’s so important? Keep reading!

Where does neurogenesis take place?

This phenomenon takes place in the subventricular zone (the lower part of the lateral ventricles), but especially in the subgranular zone of the hippocampus’ dentate gyrus (Ehnenger and Kempermann, 2007). This structure is located in the temporal lobe and it’s part of the limbic system. Some of the hippocampus’ main functions are memory-related functions, learning, spatial orientation, and emotional regulation.

First, we have stem cells that can replicate indefinitely. Then, we have progenitor cells, which have a more limited ability of division and self-renewal than stem cells (Arias-Carrión, 2007).

Why is neurogenesis so important?

According to Couillard-Després and others (2011), “The continuous provision of new neurons derived from resident adult neural stem cells appears to facilitate the execution of hippocampal-dependent tasks since reduction or blockage of neurogenesis is associated with cognitive impairments“. This highlights the importance of learning and memory for the creation of new neurons.

In other words, if we want to keep producing new cells throughout our life, we must engage in activities that stimulate our brain.

Learning something new means not only getting a new skill, but also brand new neurons. Speaking another language, playing an instrument, or any other activity that keeps your mind active will encourage the production of new cells. Therefore, keep in mind that it’s never late to learn something new.

“Neurons don’t die from an excess of activity, but instead from the exact opposite: from inactivity.”

Nonetheless, being sedentary has the opposite effect. Not only does it not favor neurogenesis, it actually increases the risk of cognitive impairment. Opposite to common belief, what damages neurons isn’t an excess of activity, but inactivity instead. Drinking alcohol, smoking, poor sleeping habits, and an unhealthy diet also harm neurons.

We know that being physically active reduces stress and helps us get in shape, but exercise also favors neurogenesis. Morales-Mira M. and Valenzuela-Harrington M. (2014) claim that “Physical exercise actually boosts neurogenesis in the adult hippocampus, which represents a potential therapeutic delay and repair of brain damage caused by injury or disease“.

When we’re stressed out, the hypothalamus releases hormones that activate the pituitary gland, enabling the release of glucocorticoids (cortisol). If we’re unable to stop the flow of cortisol in our body, it will affect the neurons in our hippocampus and neurogenesis won’t take place.

When we exercise, we regulate the glucocorticoid levels and we deactivate the brain circuit that produces stress, making it easier for the hippocampus to regenerate. To sum it up, a stressed hippocampus doesn’t allow for neurogenesis to happen. A healthy hippocampus does.

“The hippocampus keeps producing neurons, which are fundamental for the processes of learning and memory, throughout a person’s life.”

If we want to keep a healthy mind that continues to produce new cells, we must keep it active. We now have the potential to boost neurogenesis and can, therefore, have an active mind for longer than we thought.

Read, learn to play the guitar, go out for a walk, meditate, exercise… There are endless options out there, so there’s no excuse. Get your mind in shape today!

Neurons: What They Are and How They Work
Neurons are the basic functional unit of your nervous system. Our behaviors and perceptions have everything to do with the way neurons work and interact with its "companions." Read more »
Link copied!
Interesting Articles
Culture
The Neuroscience and Impact of Mistrust

The neuroscience of mistrust indicates that the brain innately allows humans to detect dangers and threatening stimuli. In fact, the…

From poets and philosophers to singers and athletes, many personalities have left us with reflections to live a better life. There…

Eviction and suicide are currently a frequent topic in the news. Given this scenario, you can ask yourself several questions.…

Culture
Our Tolerance Window: What is it and How Does it Affect Us?

Imagine that you remember most of your personal experiences with an uncontrollable emotional overflow. When we're in a hyper or…