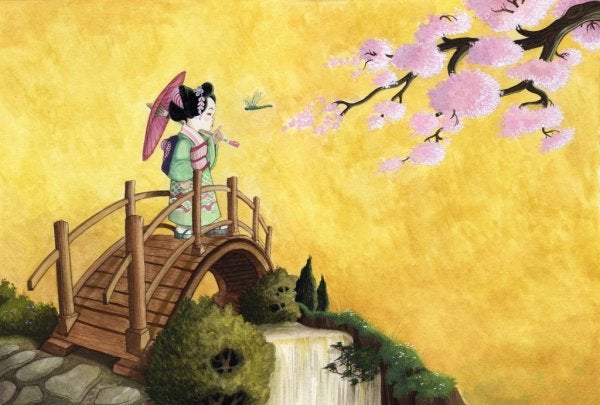 Some people erroneously believe that building walls when you’re hurt is the best way to save yourself from getting hurt again. It seems too risky to build bridges that lead to new relationships. “I’ve already suffered enough,” we tell ourselves, and we put up defenses that block the doors of our hearts.

“Even a defeated army breathes when the battle is over.”

It’s true that going through life carrying a shield and a spear is not only easier than being vulnerable, it’s also much more practical. You avoid falling down and being stabbed in the back. But don’t you think it’s time to set aside your resentment, reservations, and fears?

You might say no, that people have laughed at you enough. While I empathize with that, I will say that we wouldn’t be wholly alive if we didn’t get to know new people, have different experiences, and begin new stages.

Relax and breathe: not everyone is a shark

If you’ve been hurt, the first reaction in the process of acceptance is self-defense. You end things with that person and lock away any possible emotion that threatens to stir your soul. “I won’t be broken again because I won’t give anyone the chance.”

You believe this type of defense is perfect because nothing and no one can attack it. So you put on some tough armor, without realizing that you’re preventing your skin from coming into contact with the air. You’re unaware that you might just be infecting your wounds.

“One of these days you’ll have to let your guard down, the things that other people did to you aren’t happening to you anymore.”

In other words, don’t be fooled; the harm that you keep experiencing is coming only from yourself. Self-protection keeps you from enjoying life and puts you on constant alert, which denies you the possibility of letting go. The walls turn into an invisible cross that haunts you, making you think that everything that lives in the ocean is a shark.

The courage to apologize, the virtue of forgiveness

As much as you insist on believing that it’s best to build a fortress and always be prepared for battle, you’re wrong. We would be nothing if we didn’t have emotional connections with others. We would lose ourselves if we weren’t capable of building bridges, accepting apologies, and having the strength to forgive. Forgiving is for no one but yourself. Think about it: what does holding back forgiveness do for you? Does it benefit you?

You deserve to grant forgiveness to the mistakes that others have committed against you, because that’s the only way you’ll be able to shed the unnecessary weight. You have new goals, new challenges, people who want to know you, experiences that are waiting for you. Why not let them happen?

To some extent, there are many different spaces in the heart that should be managed well. Learn how to let the light into the dark corners of your heart. If you’re able to do this, you’ll find the inner peace that you wanted so bad, and before you know it, you’ll be able to get the most out of whatever comes next, free from the ghosts of the past.

Building bridges is difficult, but necessary

Building bridges is better than building walls, but what does it mean to build a bridge? To use an example, during the Middle Ages some defenses served as technological aids, like drawbridges, for example. They allowed for a certain element of defense as effective as moats: on the one hand, they could be raised to protect the area from enemies; on the other hand, they favored maritime traffic and entry to the castle.

“If you put up a wall, think about what remains outside.”

If you apply this metaphor to your life, you’ll realize that it’s really difficult to throw down the bridge and allow the unknown to enter when you’ve recently lost so much by giving your heart to an enemy. However, not letting the bridge down for a long period of time will isolate you from the outside world, drown you in your insecurities, and extinguish your vitality.

Like everything else in life, the things that are the most difficult to achieve are the ones that fulfill us more and give us the adrenaline we need to keep going. So if you feel you need to turn the page, make new memories, or feel like your pain has really healed, stop building walls and dare to build bridges.

Strength Is Setting Yourself Free

No one teaches you how to deal with grieving a pet. Nor do they teach you how to say goodbye…

Wellness
How to Strengthen Your Emotional Immune System

Science has proven it, and we prove it ourselves every day: emotions are contagious. The most extreme example of that are…

Alicia is 23 years old and and recently went on a trip with her family. As she began to board…

Healthy Habits
Can You Stop Your Racing Thoughts?

By not wanting to think, you're already thinking. And then it becomes incredibly difficult to stop. Medication can help you…

All throughout our lives, we've been sold into the idea of "romantic love." We've read about it in dozens of novels,…