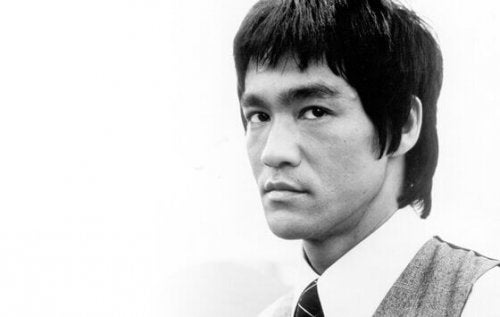 When Bruce Lee started landing leading roles in popular movies, he became famous all over the world. However, this talented martial artist was much more than a Hollywood hunk. From a very young age, he was raised in Hong Kong and was surrounded by the eastern school of thought, which is why he also made a name for himself as a philosopher and a writer. In fact, he had his Doctorate in Philosophy from the University of Washington.  Today we share 7 lessons from Bruce Lee on adaptation.

He was also an important figure who sparked interest in the martial arts among people in the West. Bruce Lee was very charismatic and quickly became a role model for many. Every interview he gave was a moment of magic and wisdom.

“It is not the strongest species that survive, nor the most intelligent, but the ones most responsive to change.”

One of his most powerful interviews was the last one that he gave, and it was only recently released in 2007. In this interview, Lee spoke of the profound importance of the concept of adaptability. He summarized his ideas in a quote that became famous: “Be water, my friend”. Here, we will break down his intriguing perspective into 7 principles.

In the West, we are taught to choose our goals, achieve them, and maintain success. Very rarely are we prepared for the great losses that life brings. That’s why we complain when what once was is now gone, or when what was here is no longer with us.

Bruce Lee insisted on the importance of understanding that nothing stays the same. Everything is in constant motion and transformation. Resisting this reality only causes suffering. Understanding that everything changes is the foundation of adaptation.

2. Reality is more important than beliefs

At the end of the day, reality is what prevails, not the beliefs we have about reality. Often we are surprised by something that happens and we think that it shouldn’t have happened the way it did. This shows that we think that reality should respond to our beliefs and not the other way around: that our principles about the world should be based on reality.

It is impossible to understand reality in a completely objective and truthful way. The way that we “translate” sensory information always has some margin of error. When something happens that we believed was unthinkable, reality is showing us how wrong we were.

Reality flows along with its own wisdom. When something ends or is destroyed, the beginnings of something new also appear. If something is destroyed that means its time is up, its cycle is over. But this process shouldn’t be seen as something negative

To move forward, people or objects must disappear so that new ones can appear. Fondness for certain habits or situations. Those who understand this are able to look into the rubble of the past and see new opportunities and invitations.

4. We aren’t alone in this transformation process

We all influence and are influenced by our surroundings. That’s why Bruce Lee said that all individual change implies a collective change, and vice-versa. When surroundings evolve, so does the individual.

Individual evolution is a contribution to the world. At the same time, helping others to change and evolve facilitates personal growth. You can’t separate someone from the social group in which they live.

All individual change implies collective change, and vice-versa. When surroundings evolve, so does the individual.

5. Bruce Lee on adaptation: what exists is the present in motion

The present is a synthesis between the past and the seeds of the future. The past, our memories, what already happened, reveals itself today in a different form from when it happened. That’s why the past exactly as it occurred doesn’t exist anymore, rather it exists as we think of it today.

There is no possible future if the present isn’t completely secure and allowed to flow naturally. The opportunity we have in the here and now is to plant a seed, not determine the future. What is yet to come is uncertain, which is why this present moment is the only thing that is true and worthwhile.

6. There is no essence or set reality

In the West, we talk a lot about the “essence” of things. This is part of the idea that there are fixed elements that are unchangeable over time, a concept that makes us feel safe. That’s why we talk about human and social essence and other concepts that assume that reality is static.

In Bruce Lee’s philosophy, this doesn’t exist. The identity of a human being can change completely. If someone is shy, for example, that doesn’t mean that is who they are, only that they are passing through a stage. In the future, something completely different could happen.

Trying to control your own reality or someone else’s only results in frustration. One way or another, everything is as it should be. Everyone is as they should be, at least at the particular moment. No one has absolute control over what happens in life. As Bruce Lee says, we should be like water, which adapts and takes the form of whatever it finds along the way.

The lessons from Bruce Lee had a big impact in the West. They represent a way of seeing reality very different from the prevailing view in our society. In this worldview, there is no need to rule over oneself, or others. Instead, we should respect the implied logic of reality, which is always slightly different from our desires. 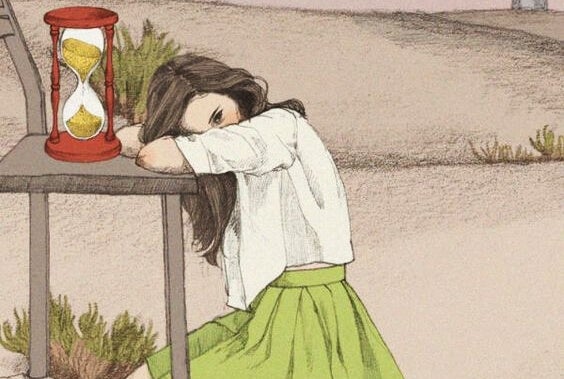 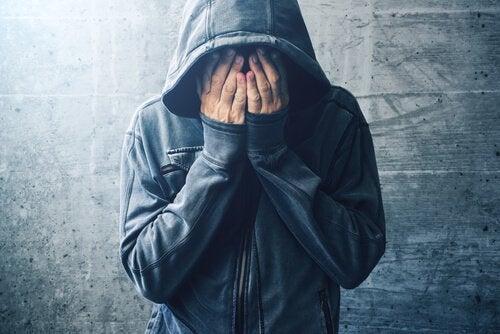 The use of drugs results in many deaths every year. The UN did a global report in 2017 about drug consumption. It confirmed that, in the past year alone, drug-related deaths had risen by 11.4%. 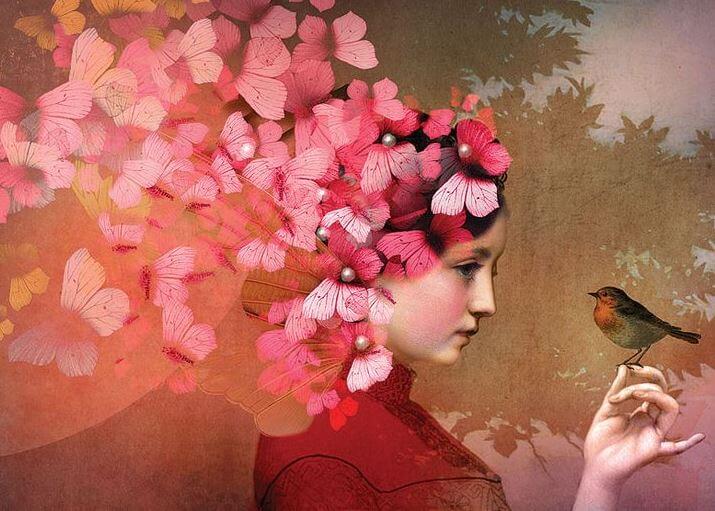 Psychology
People Don’t Change, How You See Them Does

You never know how it really happens, but one day, in the middle of something simple and mundane, your eyes are opened. Maybe you have known a person for 5 months, or 5 years, but all of a sudden you realize… 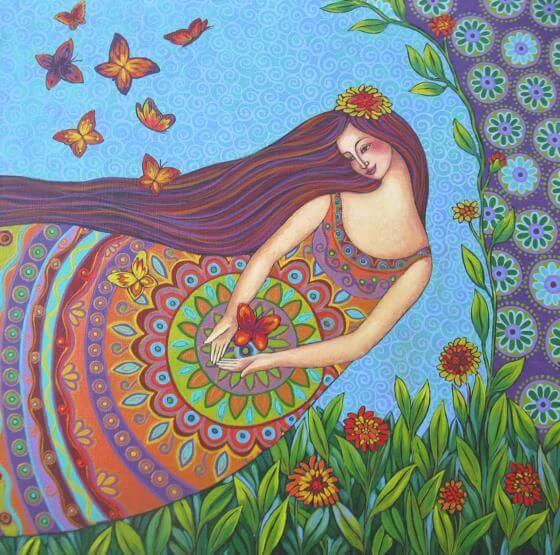 Believing in yourself is necessary to start on the journey that will lead you to find what you desire. There is no greater security or greater level of confidence than the one you show yourself. If you don’t take that… 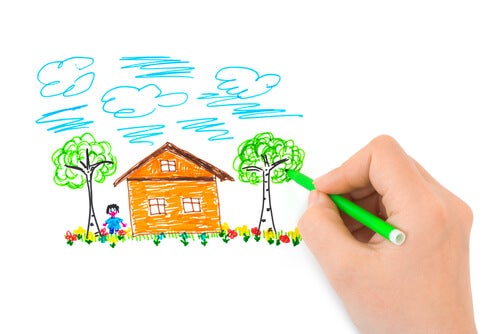 Through the HTP personality test, you can analyze certain personality features, inner conflicts, and your perception of yourself, or in other words, characteristics that you believe belong to you. This personality test can seem like a children’s game, but it’s also useful for… 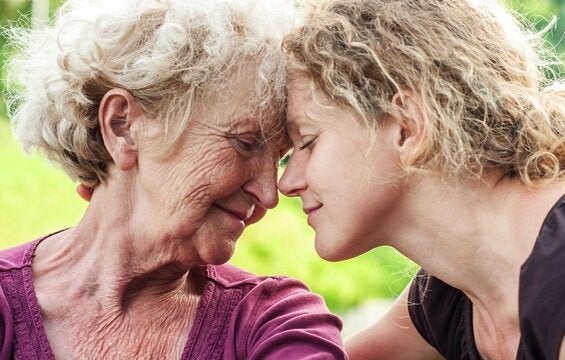 Sadness is part of life and nobody can escape it. However, there are certain stages of life when we’re more vulnerable to sadness. One of these stages is old age, that time in our lives when we begin to see… 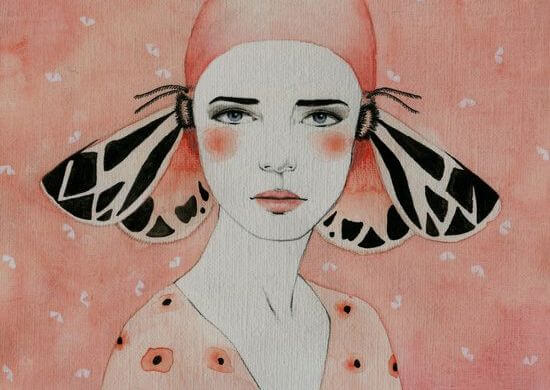 What excuses have you created for yourself today? You might think you are too old to start studying Chinese or that the things you want to do can wait until later. You might not encourage yourself to continue towards that objective you had…