Breadcrumbing: The Latest Way to Dump Someone 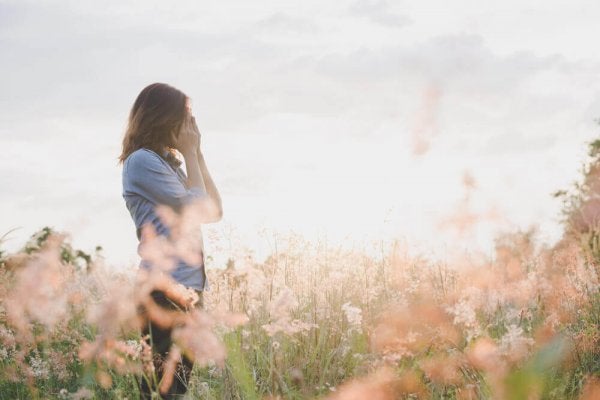 William Shakespeare, one of the greatest writers in all of human history, said that the wounds you can’t see are the deepest ones. That is the exact kind of wound coming out a new trend that’s unfortunately threatening to reach unprecedented heights of popularity. We’re talking about the practice of breadcrumbing.

Sometimes, as human beings we create ways of confronting things that are truly awful or at least not very well thought out, because it’s our nature to have feelings.

Not long ago a new way of breaking up became popular. It was called ghosting, where you dump someone after a few dates, the usual process being to give the cold shoulder and disappear completely from their life. Now it seems like it’s being replaced by breadcrumbing. Let’s find out what it is.

“Offering friendship to someone asking for love is like giving bread to someone dying of thirst.”
–Ovidio–

Especially popular on social media, this term obviously has something to do with leaving breadcrumbs. But what does that mean in a relationship? Well, this new trend consists of sending tiny signals to the person in question just to reassure yourself they’re still there. It’s stringing them along.

As we’ve said, this kind of “technique,” if we can call it that, mostly started and grew on social media. But it seems like it’s going further now. Now there are relationships where two people go on physical dates and there is friendliness… But it never becomes official.

Basically, like the name suggests, they’re leaving “breadcrumbs,” giving the other person hope. But deep down they know it won’t go anywhere because they are in no way ready to give their heart to the other person.

Obviously, this will really hurt the recipient. They’ll end up extremely frustrated after trying everything and still not being able to make the relationship work.

According to the experts like psychologist Encarna Muñoz, breadcrumbing can lead to anxiety and pain in the people targeted by it. They are sent false messages, so they always have this feeling like they’re doing it all wrong, without knowing why.

How to know if you’re a victim of breadcrumbing

The fact is that it’s a form of manipulation. That’s why it’s important to know if you’re a victim of it, so you can put a stop to it as soon as possible. You’ll need to watch out for things like these:

What to do if you’re a victim of breadcrumbing

It’s not always easy to recognize that you’ve turned into a victim of this kind of thing. But if you notice something is not right, here are some tips.

Now you know a little bit more about this new kind of relationship. If something like this is happening to you, you might have to put an end to it soon. Or they’ll do it for you. Try to get out of there as fast as you can, because you are at danger of getting hurt.

“Love is so short, forgetting is so long…”
–Pablo Neruda–

3 Silent Causes of Most Breakups
Today we discuss the causes of most breakups. Surely you will recognize some of these behaviors. Read more »
Link copied!
Interesting Articles
Psychology
From Soul Science to Behavioral Science

These days, we talk about psychology as a behavioral science. However, etymologically, psychology means the science of the soul. In this article,…

Psychology
The Art of Letting Go

A moment comes in life when one learns to let go of certain dreams, friendships or lovers that at one point, meant everything. Nevertheless, we do it knowing that the…

Psychology
Why Gratitude is Good for Your Health

Gratitude is good for you -- amazingly healthy for those who practice it. Being grateful not only helps us cultivate emotional…

Psychology
The Anxiety Produced By the Passage of Time

Time is always a crossroad of paradoxes. On one side, it’s still just an invention of the human being. It might…