Plasticity is the amazing ability of our nervous system to adapt to our surroundings. Read all about it here! 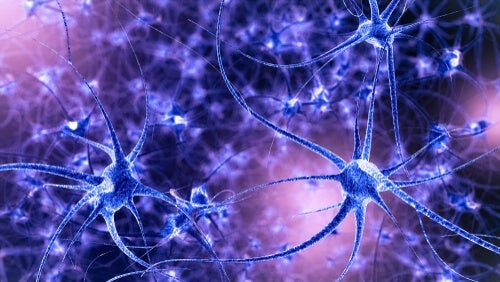 The term “brain plasticity”, also known as neuroplasticity, is related to our nervous system’s ability to modify itself both functionally and structurally. This happens naturally as time goes on, but also in response to injuries.

In a literal sense, plasticity is a physical object’s ability to be physically manipulated. So, if you think about that in the context of your brain, it means that your nervous system has the ability to respond to internal and external stimuli by reorganizing its structure, connections, and functions.

Plasticity is a key part of your brain’s neural development and the proper functioning of your nervous system. It also responds to your changing environment, aging, and any illnesses. It’s there to help neurons take on new properties, but also to make sure you always have enough neural connections.

How do neural networks work?

Plasticity also has a role in the formation of your neural networks when you’re growing up, learning new motor skills, or other things you’ll use throughout your life. Plasticity plays a role in many biological processes, such as:

The plasticity and efficiency of transmission between neurons depends on adaptive changes to presynaptic, extracellular, or postsynaptic molecules. This means that plasticity can occur without the need to change the number, placement, layout, density, or overall area of your synapses.

Early phase long-term potentiation and changes to electrical properties from geometrical changes in dendrites are clear examples of this kind of plasticity. as for the changes in the connectivity of circuits involving the formation, elimination, or widening of synapses.

The plasticity of the efficiency of transmission and structural plasticity can also be classified as Hebbian and homeostatic brain plasticity, respectively.

With Hebbian plasticity, there’s a change to the strength of a synapse. This can mean either an increase or a decrease, and it can happen seconds or minutes after a stimuli.

Early phase long-term potentiation is a typical example of Hebbian plasticity. It starts when a stimulus activates the corresponding pre- and post-synaptic impulses, which will boost synaptic efficiency. That boost will also help increase the potentiation. In other words, Hebbian plasticity creates a positive feedback loop.

Homeostatic processes, on the other hand, are much slower. They can take hours or days. They can also modify the density of ion channels, the release of a neurotransmitter, or the sensitivity of a postsynaptic receptor.

Some people have suggested that Hebbian and homeostatic plasticity have different roles in terms of neural network functions. Hebbian plasticity plays a role in the changes that happen throughout our lives, our ability to store memories, and the durability of your memory.

Meanwhile, homeostatic plasticity has to do with the self-organization of your neural network. It does that to keep the network stable. This type of plasticity also makes use of synaptic and extra-synaptic mechanisms such as the regulation of neuronal excitability, synapse formation, synaptic strength stabilization, and dendritic branching.

You can see plasticity happening as a nervous system develops. It’s a key attribute that allows your brain to modify its own structure and functions in response to changes in neural activity. It also helps you gain new abilities, as a basis for learning, memory, or re-learning something after an injury.

In conclusion, it’s a process that allows your brain to stay flexible. Being flexible means being able to better adapt to your environment and, therefore, survive.

Thanks to Neuroplasticity, We Never Stop Learning
Neuroplasticity is at its greatest during childhood, as the brain is more flexible and it constantly receives new stimuli. During this time, a large number Read more »
Link copied!
Interesting Articles
Brain
Glial Cells: The Functional Basis of the Brain

The brain is one of the most important organs in the body. It allows us to speak, move, feel, and…

The brain of a gifted or high capability child has its advantages, but also its limitations. These children process information rapidly, have a high analytical capacity, and sophisticated critical eye. However,…