What Your Body Language Is Saying 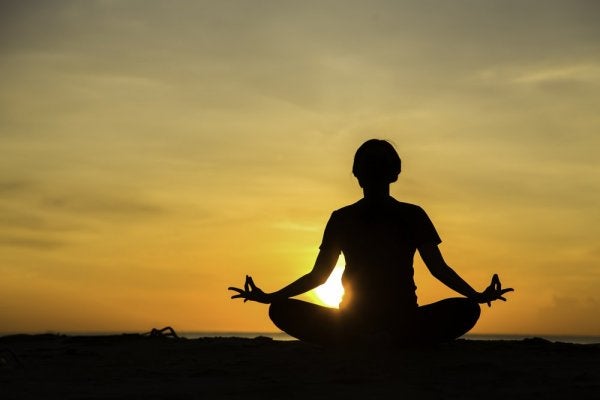 Did you know that the body can tell us more than words are able to? Our gestures, our posture, and even our movements also have the ability to transmit information.

Knowing a little about body language can help unmask someone who is lying to us, help us get what we want, or help us to avoid embarrassing ourselves in front of others.

According to a recent study, 55% of the messages we send out come from the body. This means that only the remaining 45% is through words, and not considering tone and volume. Nonverbal language is very important, and we use it all the time.

So, what is our body saying?

Even children use this gesture to demonstrate that something does not matter to them. Raising the shoulders up to the ears when we are asked something is pretty much a universal symbol that don’t know the answer. It’s often accompanied by three other movements: facing both palms upward, raising eyebrows, and pushing out the bottom lip.

2. Showing the palms of your hands demonstrates honesty

This is an ancient sign and the reason is very simple: by doing it, you are showing that you are not hiding anything in your hands that could harm another person. For example, when testifying in a trial, the witness places his or her right hand on the Bible (or other religious book) and raises his or her left hand, with the palm facing the judge, lawyers, court and audience. This is associated with loyalty, submission, and honesty.

It can also mean “I don’t have anything to do with this.” When meaning it this way, a person raises both hands up to his or her shoulders or head. “It wasn’t me!,” like what Bart Simpson says, is the phrase that goes with this action.

3. Pointing with your finger can accuse and show domination

Remember when you were a kid and you did something naughty. Surely your mother or father would raise the “accusing finger,” most likely the index finger, which would show you that you had made a mistake and that your punishment would come soon. Upon growing up, in an argument with your partner or spouse, you will surely have “brought the dirty laundry out to dry” with this gesture (or they have done it to you).

On the other hand, pointing with the index finger while at the same time keeping the hand closed is a demonstration of domination. This is a symbol that shows that the person who is talking and making the gesture feels superior to others. If we are on the receiving end of this gesture, it can cause negative, and even aggressive, feelings. This is because almost always the accusation comes first, and then later the attack.

“Smile for the camera” says the photographer at a party, or someone in charge of photographing an event with his or her smartphone. Have you noticed that after the picture, people’s gestures seem “fake”? Of course they do, because they are practically “required” to put on a happy face for the camera. This does not mean that they weren’t enjoying themselves; it is their pose that is not authentic. For that reason it is better to have candid photos, when no one realizes that they are being photographed.

Keep in mind: when someone truly laughs, they have wrinkles around their eyes. If they are pretending, the only thing that will move is their lips.

5. Eye contact always shows interest (but this is not always positive)

It is often thought that when you look someone in the eyes, it is because you are interested in him or her. This is true, but only a partial truth, because everything, of course, depends on the circumstance. If, for example, you are walking down the street, and a stranger “locks eyes with you”, it might scare you and become a threat. On the other hand, if your significant other fixes their eyes on yours, although this may make you a little nervous, it means that you like and care for each other.

Alternatively, studies reveal that if someone looks at you at length, for a prolonged amount of time, it may be because they are lying to you. Other signs of lying are not blinking and being very quiet and still. The liar is incriminating himself or herself without even telling the truth. Pay close attention to this.

Culture
Change Blindness: How You Overestimate Your Visual Ability

Changes are constantly happening around you. These modifications are relevant but seemingly imperceptible. Consequently, we don't realize they're taking place.…