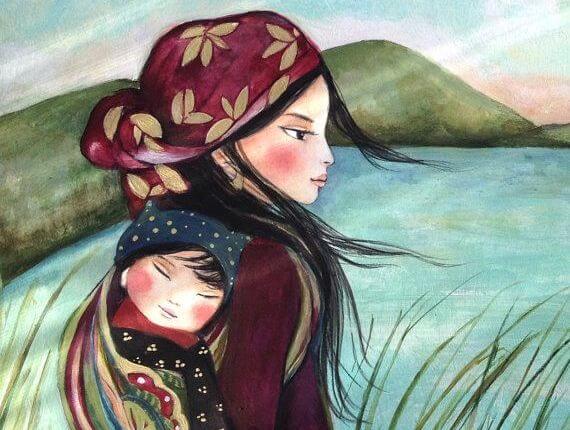 Being a father, mother, grandfather, grandmother, or any version of a parent is not easy. Every child comes into this world with their own needs that we must know how to fulfill, as well as virtues that we must strengthen and emotions that we must encourage, guide, and expand.

Parenting doesn’t only involve teaching them how to read, or showing them how to do a high school research paper on the computer. Being a father or mother is not just giving them a cellphone for their birthday, and neither is it simply putting on their seat belt every time they get in the car. It’s much more than that.

Parenting also involves knowing how to say “no,” but say “yes” with our eyes at the same time, because raising children is not only prohibiting them from doing things, it’s also opening our hearts to them to reinforce the emotional bond that we have with them every day, making them understand that we are always there for them to facilitate their growth as happy and capable people.

Sometimes, however, despite knowing the theory, we don’t put it into practice. Because on top of being fathers and mothers, we’re also spouses, employees, entrepreneurs, or job-seekers; souls who might still yearn to fulfill their aspirations amid the rush of every day in which, without knowing how, we start to make mistakes in the upbringing of our children.

If you’re a father, you’ll remember when you too were a son, and you’ll know without a doubt what you miss or what you appreciate, even today, from your childhood days. If your childhood was not particularly happy, you’ll also understand what aspects of it broke the emotional bond you had with your parents, the mistakes that you shouldn’t repeat under any circumstances with your children.

Here are four mistakes to avoid:

1. Not listening to them

Kids talk a lot, and they especially ask many questions. They’ll assault you with a thousand questions, a thousand doubts, and with hundreds of comments in the most inappropriate moments. They want to know, to experiment, to share, and to understand everything that happens to them.

If you order them to be quiet, if you don’t pay attention to what they’re saying, or if you respond with severity, all you’ll accomplish in that short time is that the child will stop going to you, preferring their own personal space instead, behind a closed door that they won’t want you to cross anymore.

2. Punishing them and not trusting them

There are many parents who equate the word “parenting” with “punishment” and “prohibition;” with a firm and rigid authoritarianism where every rule is enforced and every mistake is punished. This causes a lack of self-esteem in the child, a sense of insecurity, and a rupture in your emotional bond with them.

If we punish, we don’t teach. If I limit myself to telling my child everything they did bad, they’ll never know how to do something well. Instead of giving them steps and strategies for improvement, I limit myself to humiliating them. And all of this will generate anger, resentment, and insecurity in them. Avoid this.

3. Comparing and labeling them

Few things can be more destructive than comparing one sibling to another, or comparing one child to another to ridicule them, to make them understand their limited abilities, their failures, or their lack of initiative. Often, the mistake many parents make is talking about their child in front of them as though they can’t hear them.

“My child isn’t as smart as yours, he’s slow, what are we going to do with him.” Words like these are painful and can create a negative feeling that will encourage not only hatred towards their parents, but also an inner feeling of inferiority.

5. Shouting at them and relying on orders instead of discussions

We won’t talk about physical abuse; it’s a given that there is no better way to break an emotional bond with a child than to commit this unforgivable act.

However, we must be aware of another type of implicit mistreatment, which is almost equally as destructive. This is psychological abuse, which completely undermines the child’s personality, their self-concept, and their self-confidence.

There are parents who don’t know how else to address their children other than by shouting at them. Raising your voice without a justifiable reason provokes a state of continuous stress and agitation in children. They don’t know what to expect, and they don’t know when they do something good or something bad. Continuous shouting unnerves children and causes them harm, as there is no dialogue, only orders and reproaches.

It is necessary to proceed carefully with these basic aspects. Not listening, not talking, not showing openness or understanding, or relying on punishment over dialogue, these are ways to push children away from our side, little by little. They’ll see us as enemies to defend themselves against and we’ll break our emotional bond with them.

Parenting is an adventure that lasts a lifetime in which no one is a true expert. However, it goes a long way to rely on the pillars of understanding, affection, and a healthy attachment that encourages maturity and security in the person that is, in turn, a part of you.

I'm by your side. I'm your friend, your partner, your family, the one that loves you, or I'm someone you don't know but who's willing to help you. Sometimes, we…

We live in contradictory times, in which extremely complex matters have become simple and simple things have become complicated. These…

Wellness
There Is A Story Behind Every Person

There is a story behind every person, thoughts behind their expressions, emotions behind their feelings, and a soul beneath their skin. Each…