Can you imagine not being able to remember your first love or childhood experiences? Today, we're going to talk about autobiographical memory and its function in your everyday life. 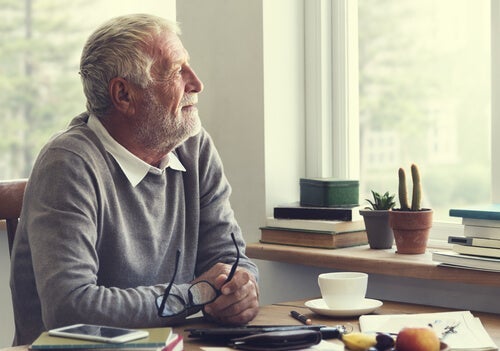 Remembering your very first childhood friend, recalling favorite smells, what you were like when you were younger, and the different ways you’ve enjoyed your life are inherent to autobiographical memory. So can you imagine forgetting the people who are closest to you? What your first kiss was like? What your favorite places were? These are all examples of moments stored in your autobiographical memory.

Today, we’re going to talk about this kind of memory. Firstly, we’ll talk about what it is and how it relates to your consciousness. Then, we’ll take a look at some promising research about a potential treatment (or cure) for Alzheimer’s disease.

“The perfume of the soul is remembrance.”

Autobiographical memory is related to personal experiences. It’s made up of the memories that tell the story of your life. Consequently, it’s the foundation of your biography because it acts as the organizer of your experiences.

Autobiographical memory is also related to temporal distribution. The availability of the personal past doesn’t happen in a uniform way. It varies from memory to memory, and it also depends on the stage of life you’re in.

The divisions of autobiographical memory

There are two main elements of autobiographical memory:

Here are some examples of episodic autobiographical memories. “I remember that day that I went snorkeling and I saw a tortoise for the first time”, or “I remember when they admitted me to the hospital for depression”. Semantic memories, on the other hand, would be something like, “When I was a child, I used to visit my grandma every Saturday”.

If you analyze both types of memory, you can see that episodic autobiographical memory is related to subjective time. It allows you to relive prior experiences through an autonoetic awareness. In other words, it allows you to feel as if you’re living your experiences again, a sort of mental trip through time. Semantic autobiographical memory, on the other hand, is more limited to a sense of familiarity.

These days, researchers are very interested in autobiographical memory. Especially as it’s related to neurodegenerative diseases and post-traumatic stress.

In terms of Alzheimer’s disease specifically, autobiographical memory suffers a decline. Through a series of studies, scientists have been able to see that the degenerative process is different depending on what type it is. They’ve also discovered that it happens in normal and pathological aging.

Thus, when you remember your past, you have a thought associated with episodic memory. The production of these memories is low when you compare them to the production of semantic memories. Most importantly, people with Alzheimer’s disease have a poor ability to recover episodic autobiographical moments.

To study autobiographical memory in people with Alzheimer’s, researchers conduct experiments using the process of reminiscence. In other words, they prompt people to recall events and memories.

El Haj, Fasotti, and Allain (2012) published the results of their study in the journal Consciousness and Cognition. They looked at the involuntary nature of autobiographical memories triggered by music. Similarly, other authors emphasize the process of memories triggered by images, videos, and even smells.

People with Alzheimer’s disease also show a progressive loss of episodic autobiographical memory. Several studies that are in progress are continuing to explore this type of memory. We hope that the results of these studies help illuminate the path to finding a cure for neurodegenerative diseases.

A Sedentary Lifestyle Can Decrease Memory
Scientists are doing research on the consequences of a sedentary lifestyle. This is because most people these days lead a sedentary life for the most part. Read more »

Link copied!
Interesting Articles
Psychology
I Got Tired of the Way You Loved Me

Whatever you have in your mind, dare to make it a reality. They are going to criticize you regardless. It is…

Thanks to psychologist and educator Howard Gardner, we now know that there isn't just one but eight types of intelligence.…

Psychology
My Room, My Disorganized Mess, My World

A disorganized room, a desk covered in books, Post-Its, old photographs, dried flowers, and more than one coffee mug, is…