The Color Purple - A Story of Trauma and Resilience

In this article, we remember this powerful and thought-provoking movie. Read on to discover it! 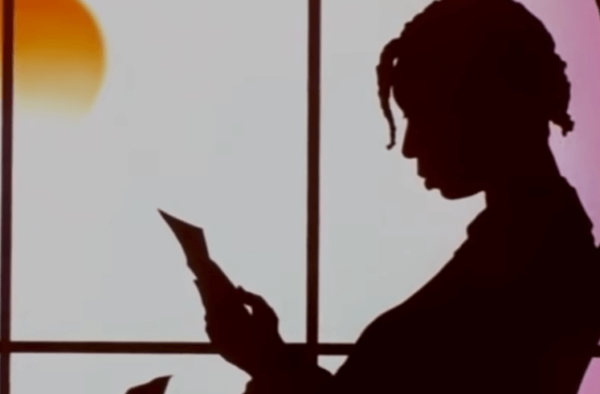 The movie is a masterpiece that can be analyzed from many different angles. From a psychological standpoint, this story is fascinating and accurate. The early development of trauma, solidarity, and the use of the written word are the pillars of this story of hope and personal triumph.

Alice Walker masterfully wrote about a horrific reality that affected millions of people. Today, in a moment when racism is once again at the forefront of public discussion, we decided to remember this beautiful film. It’s a powerful reminder of the importance of keeping these stories alive.

The movie’s setting is the United States at the beginning of the 20th century. The story focuses on the life of Celie, played by Whoopi Goldberg. Celie is a 14-year-old girl who was raped and impregnated on more than one occasion by her own father. Her children are given up for adoption, and everyone acts as if things are completely normal.

Her family makes her marry a widow who’s old enough to be her father. Celie, like the rest of the women in the story, takes care of the house and the children and is a sex object. She manages to hang on to her sanity by writing to God. She believes that God is the only one who knows that she exists. She continues to write the letters for her sister Netie, who she was forced to separate from.

There are five main African-American characters in the movie. They shape this cruel story of abuse, disgust, loss of identity, and the struggle for knowledge and finding a place in the world.

Growing up with pain in your soul

The movie shows how an individual can develop dissociative trauma in a literal way, through many violent physical, sexual, and psychological events. This kind of trauma is common in post-traumatic stress disorder and sexual abuse at any age, but especially during childhood and adolescence.

This disorder tends to cause emotional paralysis, which is a way of isolating the negative emotions that memories of a traumatic event can trigger. When the even is recurring and repeated consistently through time, the consequences can be devastating. Dissociation is a defense mechanism with paralyzing effects. It can block memories and transfer the trauma to a body part. This defense mechanism expresses itself through emotions, impulses, loss of control, or loss of speech. It can also manifest itself in body language.

This fragmentation happens after a traumatic experience that completely annihilates a person’s self-protection system. It completely disconnects them from their surroundings and causes considerable damage to their perception of personal safety and self-esteem.

The Color Purple shows a reality that millions of women experience all over the world: sexual abuse and physically and psychologically violent situations. In many cases, it’s a kind of trauma that’s specific to a group. Women who’ve had their rights violated, and have had to adopt a mental survival strategy.

The specific collective trauma in this movie is related to objectification, which is a process that dehumanizes women. Abusers consider them un-thinking, un-feeling objects that can be exploited, exposed, and used as they wish.

Abuse victims sometimes unconsciously choose to separate themselves mentally from the self that’s suffering. This is a self-preservation technique. If it prolongs over a longer period of time, it can cause profound damage.

Culture
5 Keys to Happiness at Work

No matter how much you love your job, it's not uncommon for you to feel overwhelmed or drained once in a while. The commitments, responsibilities, and limitations it imposes on…

Eysenck's personality theory is considered a true paradigm and the most solid theory that psychology has offered. The theory best explains why each person has their own personality. The theory…