Atypical depression is hard to diagnose. Many people who suffer from atypical depression don't know they have it because they feel positive sometimes. However, it isn't long before the dark clouds roll back in and the anxiety, bad mood, and lack of motivation return. 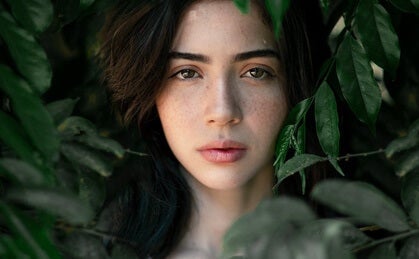 In spite of the name, atypical depression is actually quite common. It’s similar to clinical depression, but patients suffering from this particular disorder have uncommon symptoms. They can, for example, respond positively to their surroundings and have a good appetite, but feel a heaviness in their arms and legs.

Psychologists used the clinical term for the first time in the 50s. They used it casually at first, to describe patients with depression who weren’t responding to ordinary antidepressants. It took further analysis and research to find common factors between these patients and understand what exactly they were dealing with.

The first thing they observed was that these patients expressed pain in their arms and legs. They reported that it was difficult to move because their extremities felt heavy. Psychologists also noticed that they showed atypical signs and symptoms of clinical depression, such as hypersomnia or hyperphagia (overeating).

They also observed that their patients’ symptoms worsened over the course of the day. In the morning, they could respond to compliments, enjoy other people’s company, and react positively to certain stimuli. In the afternoon, things changed. After collecting data and finding these common symptoms, researchers named this particular condition “atypical depression”.

From then on, it became a lot easier to create new drugs specifically for this disorder. Also, many mental health professionals believe that atypical depression makes up nearly 20% of all cases of depression. Consequently, it’s important to develop a psychological and pharmacological approach that’s tailored to that disorder. Let’s delve a little deeper.

A study by Jonathan R.T. Davidson at the University of California shows that the most common symptoms of atypical depression are biological or vegetative. Other studies yielded similar findings. Atypical depression patients complain about physical ailments more than anything. They’re often exhausted and feel like their bodies are failing them.

This is one of the reasons why this condition is so hard to diagnose. You might think that you’re just overworked, overtired, or aren’t eating well enough or getting enough exercise. However, the DSM-5 describes atypical depression as persistent. That means that if you don’t get help, your mental health will suffer.

What are the most common characteristics of this psychological condition? Let’s take a look.

Your Mood Responds to Positive Stimuli

One characteristic of clinical depression (or dysthymia) is the inability to react to positive situations or stimuli. An individual with clinical depression has serious problems experiencing any kind of joy or happiness. Individuals with atypical depression do experience moments of positivity when they see someone they love or hear praise or encouragement.

Atypical depression also has high comorbidity with other disorders, as is the case with anxiety or even bipolar disorder. As a result, the most common symptomology is nervousness, hypersensitivity, constantly feeling like something is going to go wrong, etc.

Likewise, patients with atypical depression have a hard time maintaining happy, stable relationships. They have a hard time trusting other people, they’re very sensitive to criticism, and have a fear of betrayal or abandonment.

Leaden paralysis refers to the heavy feeling in the extremities that we mentioned at the beginning of this article. Patients with leaden paralysis feel intense fatigue or even pain in their arms and legs that compromises their mobility.

Sleeping too much is another sign of atypical depression. You sleep excessively, take long naps, get up late in the morning, and have a hard time getting things done at work. It doesn’t matter how much sleep you get, you feel permanently tired. Resting doesn’t reenergize you or make you feel stronger.

Anxiety and nervousness often lead to nearly constant hyperphagia. That’s when you’re hungry all the time and you eat compulsively.

What Treatments Are Available for Atypical Depression?

According to Cristancho, O’Reardon, and Thase (2012), atypical depression tends to be chronic and more common in women and young people. At the same time, it’s the most common type of depression that health professionals treat outside of the hospital. If you have atypical depression and you don’t receive treatment, the consequences can be quite serious. That’s especially true if there’s comorbidity with other disorders such as anxiety or bipolar disorder.

The best approach to treatment really depends on each patient’s situation. Many women with atypical depression, for example, also need help for eating disorders such as bulimia. However, with good psychological therapy and appropriate medication, patients can see significant improvement.

Lastly, it’s important to mention one more detail about atypical depression. This disorder is much more common than you think and people tend to get in in their 20s. Early detection allows health care providers to give patients better control over their lives and provide them with tools and strategies to be happy and confident individuals.

Clinical Psychology
The Stages of Alcoholism According to Jellinek