The Art of Perceiving from the Heart 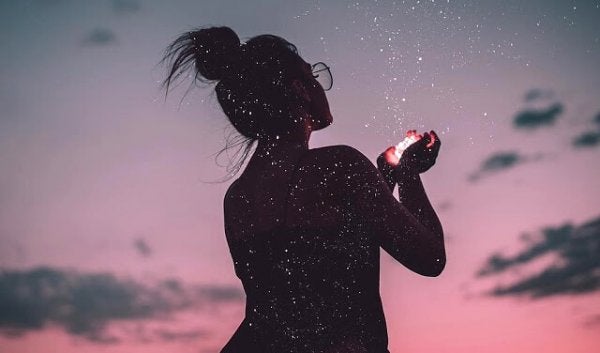 Perceiving is not just hearing, seeing and listening. Perceiving from the heart goes further than that. It is feeling, sensing, knowing how to listen without judging. It’s having no prejudices, savoring life with all its flavors and touching reality with all its textures. This sense, strange as it may seem, is not something that everyone knows how to use, let alone enjoy.

Few areas of psychology are as important and basic as the study of perception. How we capture things around us and how we organize and interpret it makes up part of who we are and how we interact with others.

“Your vision will become clearer only when you look into your heart… He who looks outwards, dreams. He who looks inside, awakens”

It was in the 19th century when famous psychologists and physiologists, such as Johannes Peter Müller and Gustav Theodor Fechner, began to study the interaction between stimuli and perception. For a time, it was thought that perception was purely natural. In other words, that our experiences are determined solely by the stimulus, not factors like memory, learning or prior experiences.

Nowadays this approach has changed. We now know that the art of perception depends on many different factors: our motivation, our emotions, culture, intuition, past experiences, and expectations.

If we know anything at all, it’s that everybody perceives the world differently. Some will perceive a certain color as navy blue, and others will see it as violet. One person will see anger in a child, and another will see fear.

All of this leads us to the following conclusion: there are those who look but do not see, and those who hear but don’t listen. There are also those who are unable to look beyond what they can see with the naked eye. But they’re depriving themselves of a world of fantastic colors they could only see if perceiving from the heart — and with the heart.

Senses, the brain and perception

Now, if we asked any random group of people how many senses a human being has, the chances are that 90% of them would say “5”. From a young age we were all taught what Aristotle told us in his book “On the Soul“. In his book he explained to us that human beings receive information from the world through hearing, taste, smell, sight and touch.

However, it’s fascinating to know that we actually have more than 20 senses with their corresponding “sub-senses.” (For example, perceiving sourness, sweetness etc.). And so we should add, for example, others like kinaesthesia, proprioception, thermoception, nociception, echolocation and even the sense of alertness. All of them open up a huge range of possibilities to us, which can enable us to adapt much better to our environments.

Now, it must be said that not everyone develops them the same way or to the same level. Scientists at the University of Washington, for example, tell us that the “sense of alertness” varies a lot between people. Some people have little sense of danger, overconfidence, which means they rarely anticipate particular instances of potential danger.

On the other hand, others have an “internal radar,” a sixth sense that warns them that certain people or situations aren’t safe. This sense, in fact, is located in the anterior cingulate cortex of the brain, an area responsible for keeping us alert in unfamiliar or different situations so we can make decisions as quickly as possible.

Perceiving from the heart, a true art

Perceiving from the heart has to do with sensitivity and openness. It is the ability to not only retain what our senses convey to us, but also to apply resolve, feeling, empathy and intuition in order to get to deeper interpretations. We call this kind of elevated perception an “art” for one very specific reason. It allows us to be more aware of things, nature, people and the world.

“Seeing and perceiving is more than recognizing. Nothing in the present is identified in terms of a disconnected past. The past is brought to the present in a way that broadens and deepens its content “

It must be said that it is not easy to put this type of perception into practice. That’s because it takes several processes: inner peace, the ability to not jump to conclusions, good self-knowledge and above all, acceptance.

Because perceiving sometimes means having to realize that we cannot change many of the things we see. For example, we must accept people as they are and then respond accordingly.

Perceiving from the heart is also one of the highest abilities that human beings can develop. Why? Because it allows us to sync our senses with our emotions using our experiences. We do it with objectivity and a love that invites us to see the world through the lens of respect and consideration.

So let’s start practicing this kind of sensory and emotional openness. Let’s learn to perceive our surroundings with more awareness, openness and, most of all, heart.

Does A Sixth Sense Really Exist?
We've all had the feeling before of knowing something was going to happen right before it did. We call them gut feelings, or a sixth sense. Does it exist? Read more »
Link copied!
Interesting Articles
Psychology
Learning How To Lose - One Of The Most Important Lessons In Life

Suffering can crack you open deep beneath your skin and still remain unseen. It's like it lives inside you, traps and asphyxiates you, but sooner or later you'll be able to overcome it. Because the strongest…

People talk about how sometimes children disappoint their parents. However, when parents fail their own children, willingly or not, they…

When over time we find only rejection and indifference in another person, it's difficult for us to believe they are interested in…