The Neuroanatomy of Emotions: The Limbic System

In this interesting article, discover the neuroanatomy of emotions or the limbic system. Read on to learn more about this topic! 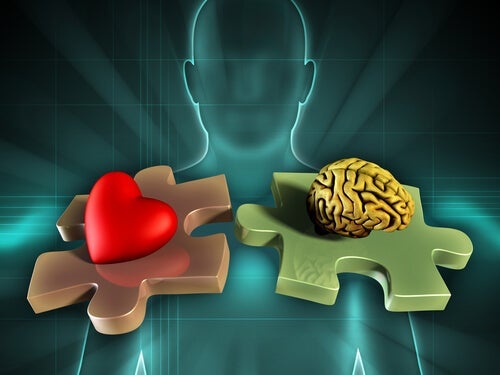 In order to describe the neuroanatomy of emotions, Paul Broca first described the limbic system in 1878. It wasn’t until later, in the 1930s, that James Papez finally named it the limbic system, and suggested that it participated in the neural circuit of emotional expression (Kolb and Whishsaw, 2003).

The limbic system corresponds to a functional concept including several neural structures and networks, which play a prominent role in emotional aspects. And since it involves emotional manifestations, it’s also related to motivation. More concretely, it’s related to action, learning, and memory-oriented motivation. In fact, it’s easier to remember or learn something that has a high emotional value (Cardinali, 2005).

The neuroanatomy of emotions: beyond brain structures

Several authors suggest that emotional responses not only involve the nervous system. In fact, experts believe that other systems, such as the immune and endocrine systems, participate in this process. For instance, Damasio (2008) introduced the somatic marker hypothesis, which states that what makes an experience valuable isn’t just cognitive evaluation but a certain somatic state as well.

A somatic state is a result of the activation of complex subcortical neurohumoral circuits that give emotional value and relevance to a certain thought.

The limbic system and other command systems

Some important research studies have defined more specific systems than the limbic system. For example, in his studies on affective neurosciences, Jaak Panksepp (2001) conceptualized systems based on primary emotions: sadness, fear, and rage, among others. The main ones are:

This system motivates the pursuit of pleasure; it activates a person’s interest in the world. It’s circuits run on dopamine. Furthermore, some neuroscientists believe it’s similar to Freudian libido and lust (Bleichmar, 2001; Solms and Turnbull, 2005).

The expectancy system is part of the mesolimbic/mesocortical system, which operate simultaneously and affect each other, forming the so-called extended amygdala (Cardinali, 2005).

Natural pleasurable stimuli (such as food or sex) and addictive drugs promote dopamine release, which takes place in the ventral tegmental area (VTA) neurons. These send projections to the nucleus accumbens and finally translate into euphoria and behavior reinforcement. When this system is highly stimulated, an individual will seek pleasurable sensations (Leira, 2012).

Inhibition and regulation of the prefrontal cortex emotional responses

The previous command systems need experiences in order to develop. Thus, with voluntary actions, the external world information coming through association areas goes to the prefrontal cortex, which then connects with the motor system. As per involuntary actions in which there are emotional reactions, subcortical areas mediate actions (such as the command systems we mentioned above).

In the neuroanatomy of emotions, the prefrontal cortex regulates emotional responses. It takes place in the ventral medial area, acting as an inhibitor, and in the lateral area. The latter has more of a controlling function of conscious thoughts. It’s the protagonist in the learning, planning, and decision-making processes.

Therefore, childhood experiences will shape the inhibitory system in formation, which also explains the differences in emotional regulation in children and adults.

Researchers estimate that approximately 417 million people under the age of 50 have the herpes simplex virus. Now, what does…