John Hughlings Jackson was a scientist who used very effective methods of observation and analysis, despite the great limitations of his time. Charcot, Freud, and many other psychiatrists consulted him as a source. 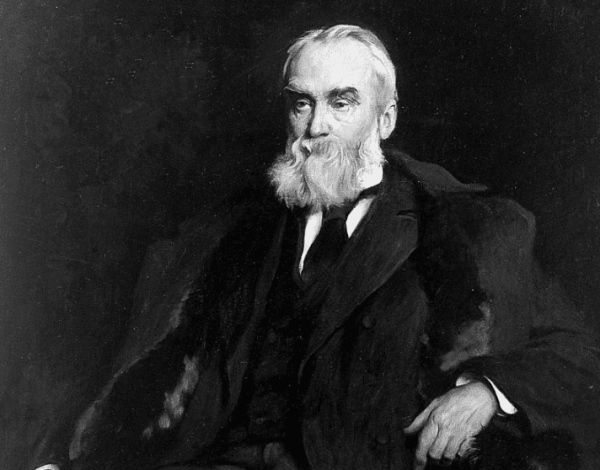 John Hughlings Jackson is considered to be one of the pioneers of neurology, although his contributions have also been frequently applied in psychiatry. He lived in the 19th century, a time when there were hardly any resources to study the brain. Because of that, it’s surprising that he reached such valid conclusions.

John Hughlings Jackson is famous for his research that helped us understand epilepsy. In fact, his research on temporary psychomotor crises is still valid today.

“Everything we do, every thought we’ve ever had, is produced by the human brain. But exactly how it operates remains one of the biggest unsolved mysteries, and it seems the more we probe its secrets, the more surprises we find.”

What stood out the most in the life of this great pioneer was his ability to observe and analyze. He kept very detailed records of his clinical cases and he was able to reach surprisingly accurate conclusions from them. In fact, he was a member of the Royal Society, which is the most prestigious scientific group in the United Kingdom.

The origins of John Hughlings Jackson

John Hughlings Jackson was born on April 4, 1835, in York, England. He was the youngest of five children. His father was a prosperous farmer, who also brewed beer. His mother came from a wealthy family of tax collectors.

Jackson came into the world at a time of great change. The different sciences were in full swing, but many of them still hadn’t been accepted as formal disciplines.

John Hughlings Jackson finished his formal education at age 15. He then enrolled as an apprentice for a doctor named William Charles Anderson. After that, he went to the Medical School of York and, finally, studied at St. Bartholomew’s Hospital in London.

John Hughlings Jackson established himself as a resident physician at the York dispensary. In 1859, he moved to London and that same year his first neurology article on facial paralysis was published. He also became a medical reporter, along with his lifelong friend Jonathan Hutchinson.

In 1860, Jackson presented a thesis at St. Andrews University for a doctorate in medicine. He obtained the title and this enhanced his career. In 1863, he became an assistant doctor at the London Hospital, where he was commissioned for the direction of the neurological diagnosis program.

From that moment on, he began to write frequent publications, in which he requested his thesis to be accepted and ratified. His methodology for the analysis of the clinical picture and symptoms and his studies on aphasia made him famous.

However, it was in 1869 when he produced his greatest contribution and published A Study of Seizures, a work that became a classic in the world of medicine.

John Hughlings Jackson argued that the nervous system was divided into three levels:

His research also allowed us to understand epilepsy like never before. He made a good analysis of its symptoms, typologies, and varieties. He also managed to associate some manifestations of this disease with mental and behavioral disorders, which was a real innovation.

Jackson was also the founder of a prestigious magazine, Brain. It was first published in 1878 and is still being published today. It publishes works in both clinical neurology and experimental neurology.

John Hughlings Jackson was president of the Ophthalmology Society of the United Kingdom, the London Medical Society, and the London Clinical Society.

Later on, he became the first president of the London Neurological Society and received honorary degrees from different universities. His influence in the study of the brain and nervous system was enormous.

So much so, that great figures such as Charcot, Sigmund Freud, Henry Ey, and psychiatrists William Osler and Joseph Lister, among others, used his work. John Hughlings Jackson died at age 71, on October 7, 1911. During his last years, he suffered from deafness but remained active until his death.