Alprazolam or Xanax: Uses and Side Effects You Should Know About 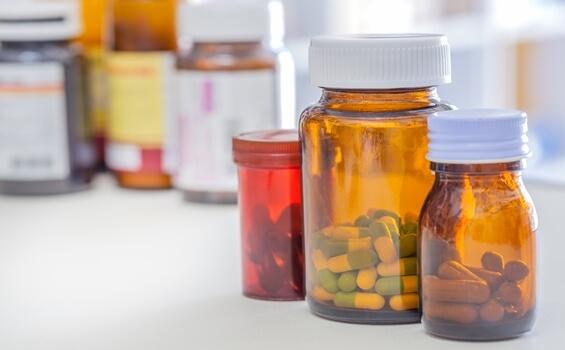 There are more prescriptions for Alprazolam than other drugs that treat anxiety, panic attacks, or intense stress. Its commercial names, Xanax or Trankimazin, may sound a lot more familiar to us. This is a highly effective psychiatric drug whose use and administration must be carefully monitored to avoid tolerance and dependencies.

We’ve all heard about Xanax. However, we don’t realize there are things about it to keep in mind. In the first place, this is an intermediate-acting benzodiazepine. This means that it acts relatively fast, which is very useful when we suffer an anxiety or panic attack at any given time.

Alprazolam, marketed under the names Xanax or Trankimazin, among others, is derived from benzodiazepines and is used to treat anxiety.

Alprazolam is also an antidepressant and relaxant. It’s an anxiolytic, meaning it can’t be prescribed exclusively to treat depressive disorders. It’s for anxiety or neurosis instead, which can go hand in hand with depression.

Without a doubt, this is a useful and effective pharmacological option. However, you also need to know about the inevitable side effects.

What exactly is Alprazolam?

Alprazolam is the active ingredient in Xanax and Trankimazim. In general, each tablet contains 0.5 mg of this element. The rest of the pill is made up of lactose monohydrate, microcrystalline cellulose, corn starch, docusate (85%) with sodium benzoate (15%), silicon dioxide colloidal, magnesium stearate, etc.

Also, it should be noted that Upjohn Laboratories (now part of Pfizer) first synthesized Alprazolam in the 60s and as an alternative to barbiturates. These pills are tremendously addictive, as we already know, and they have serious side effects. However, it wasn’t until 1981 that it began to be sold as the first drug approved to treat panic attacks. It had immediate success, so much so that it’s the most prescribed benzodiazepine in the world today.

In what cases is Alprazolam usually prescribed?

Natalia has been taking Alprazolam for six years. She hasn’t taken it continuously, only sparingly, when anxiety blocks her in such a way that she can’t react or think. She takes it when she suffers a panic attack or feels that stress prevents her from working or even taking care of her children.

It all started with her father’s death, an unexpected and traumatic event that she hasn’t been able to overcome. Her family doctor, having seen her condition, prescribed Xanax with one condition: she can only take it when the situation is critical, never continuously. This is an example of the many cases in which Alprazolam is useful and fulfills its function. But let’s look at all of its uses:

The gastrointestinal tract absorbs the drug easily. It has a rapid onset of action and a bioavailability of 80% to 90%. The drug is metabolized in the liver and eliminated through the urine. Also, it’s common for doctors to prescribe their patients doses ranging from 0.25 mg to 0.5 mg, three times a day.

On the other hand, it’s important to remember that the benzodiazepines’ action mechanism is almost always the same: they act on GABA receptors. However, Alprazolam’s structure is particular. It’s very similar to that of tricyclic antidepressants. All this generates sedative, hypnotic, and anti-convulsive effects, as well as a more than remarkable potential to reduce anxiety. This benzodiazepine is highly potent and eliminated rapidly.

What side effects does it have?

Alprazolam, like any drug, and especially like all psychoactive drugs, has associated side effects. You should never take this drug for more than 12 weeks (withdrawal time is included here).

Your doctor or therapist will always assess the situation. In addition, they’ll consider whether you should include other drugs in your treatment, reduce the dose, or start the progressive phase of Alprazolam withdrawal (remember that stopping it cold turkey is very counterproductive).

Let’s look at some of the side effects of this psychiatric drug:

Most common side effects

What contraindications does Alprazolam have?

Doctors don’t recommend Alprazolam for all patients. There are exceptional cases that health professionals have to take into account:

To conclude, we want to point out once again that although Alprazolam is effective for the timely treatment of anxiety states, psychiatric drugs aren’t the definitive solution. Complementing them with psychological therapy is without a doubt the best way to solve the root of the problem.

Psychology
The Language of Kisses

We kiss for pleasure and to get out of tight places, we kiss passionately, slow and sweet, we kiss to calm our spirits, we kiss with warmth, we kiss with…

Edwin Hubbell Chapin had it right when he said that "no language can express the power, and beauty, and heroism,…