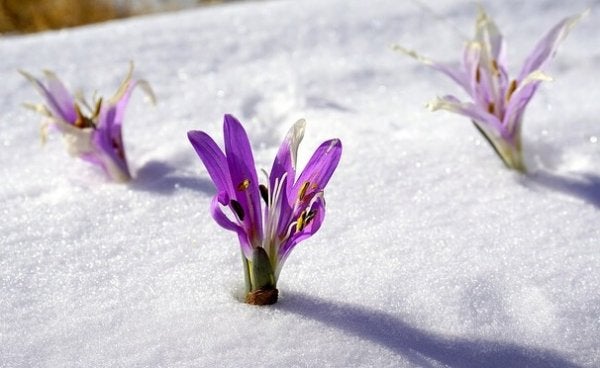 For the Finnish people, “sisu”  has a mystical meaning. More than a word, it is a special energy and courage ingrained into their culture. “Sisu” is willpower, determination, perseverance, and above all resilience. It is almost like the backbone of a people, their answer to adversity.

It’s always exhilarating and enriching to immerse ourselves in other cultures to learn about and reflect on different terms that, at end of the day, actually are familiar to all of us. Sisu (pronounced see-soo) expresses that certain resilient attitude that resonates with us. It’s that thing that inspires us and something we try to apply in our daily lives.

The origin of this word is very special for the Finns. In fact, you can even find Sisu brand cars in the country, armored vehicles, and the icebreaker MS Sisu. Even a brand of strongly flavored cough drops. In Antarctica, there is actually a mountain with this same name. Finnish mountain climber Veikka Gustafsson reached its peak in the 90’s.

Sisu is something to carry in our hearts to help us and give us the guts we need. Therefore, it’s not a specific strategy, a band-aid, or all-purpose medicine for tough times. The Finnish take this attitude as a philosophy of life. They see it as a psychological muscle to be exercised daily.

Sisu, an untranslatable word with a very specific past

On the November 30, 1939, the Soviet Union declared war against Finland, just three months after the WWII broke out. This conflict is one of the most admired and widely-studied wars in history books. It lasted barely 105 days and was a true military disaster for the Russians.

The so-called Winter War was, on first appearances, a truly lost cause for the Finns, as they had very few soldiers (the majority didn’t even have a uniform) in comparison with the 2.5 million soldiers of the Red Army.

In addition to this battalion of men, they had the Russian combat machinery, with its powerful tanks and sophisticated planes. Everything indicated that Finland would soon be a devastated, conquered land.

But what the Soviets didn’t expect was the courageous Finnish spirit. It was then that a certain word arose among the Finnish soldiers that motivated them and fed their warrior spirit. The magical word was “sisu.”

This term lit a fire under them to be courageous and not surrender. To make no room for fear, to be determined, to get rid of any insecurity and bring out their strength when, apparently, all was lost.

History books talk about the Soviets falling because of the hard winter and dense, disorienting forests. This may be true, but analysts know that something very special happened in that war. The soldiers and people formed strategic allegiances and created small attack groups who spread terror and fear in the Russian lines.

That’s when the so-called “spirit of the Finnish winter” or “Sisu” was born.

The Japanese 5S method is composed of five basic principles that can improve our quality of life. Said principles are…

Many people say that narcolepsy is more a curse than a disease. It's a chronic sleep and neurological disorder where,…